Photo: (Click on thumbnail for fullsize image.) The Camperas de Valles, named after their hometown of Ciudad Valles in San Luis Potosi, Mexico, are stellar son huasteco musicians, a tradition rooted in the cultural and geographic Huastecan region. (Photo by Daniel Sheehy)

“Wales Smithsonian Cymru” brings a dynamic and rarely explored culture to the National Mall. Wales—Cymru in Welsh (pronounced KUM-ree)—is a tiny, resilient nation that has managed not only to survive from ancient times, but also to thrive in the modern era. This year’s Festival highlights how Wales’ national heritage combines a devotion to its rich cultural past with a willingness to modernize. 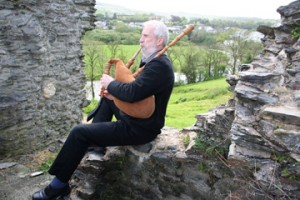 John Evans plays a set of his handcrafted pipes on the ruins of Newcastle Emlyn Castle near his home in the southwest of Wales. Evans crafts both these pipes and a type of traditional Welsh instrument called a 'pibgorn' out of wood, leather and cattle horns. (Photo courtesy of John Evans)

Music and dance performances include Welsh singers, musicians playing the ancient crwth and pibgorn, fiddlers, harpists and groups such as Crasdant, The Hennesseys and Parti Cut Lioi, a folk choir. This week, visitors can work on their singing skills with the Welsh National Opera’s outreach group. Next week (July 1-July 5), the popular men’s choir Only Men Aloud!, winners of the BBC television show “Last Choir Standing,” will perform.

Award-winning chefs will give cooking demonstrations and visitors are encouraged to help out as they learn the techniques of Welsh culinary arts. Welsh cuisine tends prominently features lamb, sweetbreads, leeks and seafood such as monkfish and cockles. There are ample opportunities to sample Welsh cuisine, including cawl (a traditional stew made from lamb and vegetables), glamorgan sausage (a vegetarian dish of leeks, cheese, onions and mustard) and a variety of other Welsh dishes. 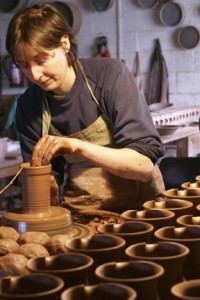 Ninth-generation potter Caitlin Jenkins throws on the wheel at Ewenny Pottery. One of two ceramics artists coming to this year's festival, Caitlin will be working and teaching with clay on the National Mall this summer. (Photo courtesy of Caitlin Jenkins)

The language and literature of Wales are a vital part of its national identity. The Welsh language is ancient, dating from the sixth century, and along with English, is the country’s official language. Citizens are bilingual in both languages and each has equal status. Visitors will have the opportunity to learn words and phrases in Welsh and gain insight into a language whose spelling and pronunciation can seem impenetrable.

The Welsh passion for craft-making will have a prominent place in the program. Among those giving demonstrations is Caitlin Jenkins, a ninth-generation potter from Ewenny Pottery in Southern Wales, which is said to have been established in 1610, making it the oldest family-run pottery in Wales. Welsh woodcrafters will demonstrate the restoration process for traditional Welsh dressers. Visitors can learn how to make their own baskets from recycled materials, and how to felt Welsh wools.

“Las Américas: Un Mundo Musical (The Americas: A Musical World) showcases an incredible diversity of musical styles. It is the fourth and last program of the “Nuestra Música: Music in Latino Culture” series. Music from Central and South America is often grouped under the broad label “Latino music” when, in fact, there are many distinctive musical styles and traditions. 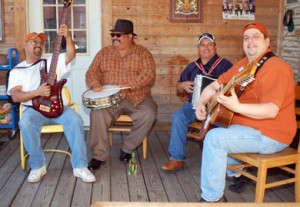 The Texmaniacs have fun with their conjunto tejano music on audio engineer Joe Treviño's back porch in San Antonio, Texas. Max Baca (right), on the bajo sexto guitar, says conjunto began with its early pioneers "listening to the German oompah music on the radio in the late 1920s. They would imitate, but in doing so they created their own sound." (Photo by Daniel Sheehy)

Visitors will hear traditional Mexican son jorocho music and son huasteco style from the cattle-herding region of La Huasteca. Representing Paraguay is leading harpist Marcelo Rojas, who specializes in the “polka paraguaya,” known for its quick rhythms and virtuosic technique. The range of Colombian music that will be performed includes vallenato, joropo, and currulao—each originating in a different region of Colombia. An ensemble from the Dominican Republic will perform the national dance music, “merengue tipico,” a lively combination of accordion and percussion. Festival visitors can enjoy the Puerto Rican bomba, plena and jíbaro; Guatemalan marimba, Venezuelan música llanera, bachata and salve; Salvadoran chanchona, as well as Chilean cueca, tonada, and nueva canción. Mariachi will be performed by a 14-member ensemble from Chula 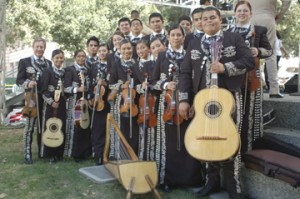 Vista High School in Chula Vista, Calif., and the well-known Mariachi Los Camperos de Nati Cano, winners of the 2009 Grammy for Best Regional Mexican Album. Los Texmaniacs, a group from San Antonio, will play their unique blend of traditional instrumentation and blues, rock and country influences.
One of the goals of the Smithsonian Folklife Festival is to raise cultural awareness and increase connectivity in our multicultural world. Each distinctive musical tradition is part of a larger cultural conversation. Similarly, the musicians will conduct workshops that will give them, according to program co-curator Olivia Cadaval, “the opportunity to compare common traditional threads and differences and to discuss how their traditions may be changing in this era of migration and globalization.”

Many of the musicians are represented in the Tradiciones/Traditions CD series produced by Smithsonian Folkways Recordings that is available for purchase at the Folklife Festival Marketplace. 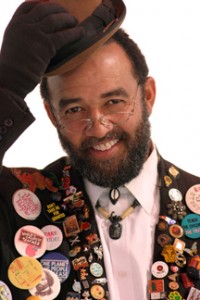 Storyteller and actor Mitch Capel is the cofounder of the African American Storytellers' Retreat. He is the author of the children's book "The Jealous Farmer," and three award-winning CDs.

“Giving Voice: The Power of Words in African American Culture” will celebrate the power and diversity of African American oral traditions. Through of poetry, storytelling, comedy, radio and theater, generations of African Americans were able to find a unique voice to express shared struggles and triumphs. According to Lonnie Bunch, director of the African American History and Culture Museum, “It’s hard to imagine a celebration more powerful and more timely than this. Words have the power to connect people, to convey ideas, to give comfort, to make us laugh and to call us to action.” This year’s program will show how words, expressed in a variety of media, communicated the African American experience throughout American history. 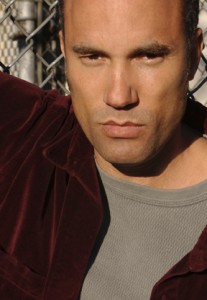 Roger Guenveur Smith is a writer, director, and actor who has appeared in film, television, and stage productions.

Oral traditions such as storytelling were one of the few ways enslaved African Americans could share memories, stories of adversity and tales of triumph with their loved ones. Frequently interactive and improvisational, spoken performances will be a key feature of “Giving Voice,” reflecting their rightful status in African American culture. Performers will include masterful storytellers Charlotte Blake-Alston, accompanying herself on various African instruments; Mitch Capel (also known as “Gran’daddy Junebug,” a “word magician”); Baba Jamal Koram, a recipient of the 2007 Circle of Excellence Award from the National Storytelling Network; and Valerie Tutson, director of the Black Storytelling Festival.

Well-known comedians will be present at the Festival, including stand-up comic James Hannah, and actor/comedian Royale Watkins. Among the Festival’s performers of African American theater, also deeply rooted in traditions of storytelling, will be acclaimed hip-hop theater and spoken-word artist Holly Smith, and Roger Guenevere Smith, who appeared in Spike Lee’s “Do the Right Thing” and “A Huey P. Newton Story.” 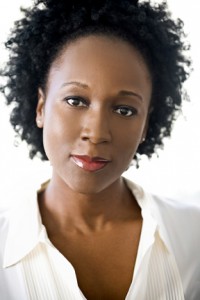 The “Young Wordsmiths” section will incorporate all of the oral traditions into children’s games. Children will be able to tell stories, act in comic skits, compose poetry, and engage in a variety of play and art-making. A special treat for young visitors is the performance of beloved singer, storyteller, and promoter of children’s music Ella Jenkins, winner of a Grammy Lifetime Achievement.

“The universe is made of stories, not of atoms”

A few of my favorite things: Cristina Diaz-Carrera

About the Author: Ekaterina Afanasyeva

Ekaterina (Kate) Afanasyeva, a recent graduate of the College of William and Mary in Williamsburg, Va., is an intern in the Office of Public Affairs.