The Museum of Natural History is celebrating the 50th anniversary of the donation of one of the world’s most famous gems—the Hope Diamond. To mark the occasion, three new contemporary settings for the diamond have been designed by Harry Winston Inc. You can vote online for your favorite  through Sept. 7.

Photo: (Click on thumbnail for fullsize image.) At 45.52 carats, the Hope Diamond is the largest blue diamond in the world. (Photo by Chip Clark) 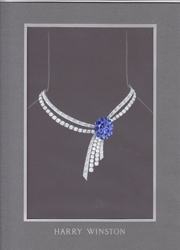 The winning setting will be announced and the diamond will go on temporary display in the new setting in May 2010, coinciding with the premiere of Smithsonian Channel’s “Mystery of the Hope Diamond” documentary—a definitive high-definition film about the full story of the Hope Diamond, from its discovery to its mysterious journey through Europe and its final home at the Smithsonian.

Until the new setting is fabricated, the 45.52-carat Hope Diamond will be exhibited as a stand-alone gem with no setting at all. Although it has occasionally been removed from its setting for research and cleaning, this is the first time that the Hope Diamond will be on public view entirely by itself. For the past five decades, the diamond has been in a platinum setting, surrounded by 16 white pear-shaped and cushion-cut diamonds, suspended from a chain containing 45 diamonds. It will be returned to this setting late next year. 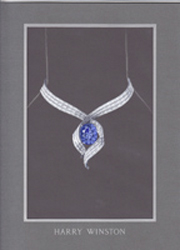 “This is a rare and exciting opportunity for people to see the Hope Diamond as it has never been seen before,” MNH Director Cristián Samper said. “It is one of the most popular artifacts at the entire Institution—it is very fitting that we honor its Smithsonian legacy with such a unique celebration.”

The Hope Diamond is renowned for its nearly flawless clarity, rare deep-blue color and eventful history. It was formed more than a billion years ago 90 miles below the Earth’s surface. A volcanic eruption brought the rough diamond to the surface where it was discovered in the 17th century in a mine in Golconda, India. The rare blue color of the jewel is attributed to light interaction with an impurity in the diamond’s internal atomic structure. 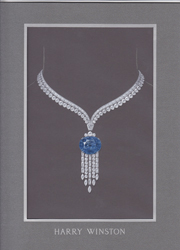 In 1668, Jean-Baptiste Tavernier, a French gem merchant, sold the diamond to King Louis XIV of France. During the French Revolution it was stolen, and subsequently had many owners, including King George IV of England and Henry Philip Hope, whose name it bears today. In 1958, its last private owner, jeweler Harry Winston, donated the diamond to the Smithsonian, where it remains today.

Happy 167th birthday to the Smithsonian! You don’t look a day over 165…really!

Diamonds are a museum’s best friend