Smithsonian Institution Libraries has joined with the Smithsonian Early Enrichment Center to bring excellence and innovation into early childhood education. Led by Master Teacher Joshua Beasley, the kindergartners at SEEC are experiencing SI’s mission of the “increase and diffusion of knowledge” in a hands-on, interactive way at the Cullman Library of Natural History in the Natural History Museum. Beasley and SIL curators Leslie Overstreet and Daria Wingreen-Mason use museum exhibition spaces, rare material and visual images to inspire the creative development of young students’ storytelling, drawing and communication skills.

The Cullman Library holds the Smithsonian’s collection of rare books on anthropology and the natural sciences, including approximately 10,000 volumes published before 1840. The collection originated with James Smithson’s own library at the Institution’s founding. The Library provides the perfect backdrop for SEEC’s imaginative learning. “The physical space and creative atmosphere of the Cullman—as well as the collection of historical literature, fine art and natural history illustration—is conducive to the adaptation, invention and rehearsal of [kindergarten] enrichment cycles,” Beasley explains. “My curiosity about Cullman’s collections, and the Cullman staff’s curiosity about my kindergartners, evolved into everyone wishing to trust and take a chance on each other.” 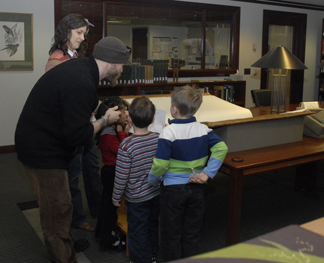 That trust and curiosity have inspired a uniquely creative collaboration. A master storyteller profiled by PBS in the special series “Art to Heart: Early Childhood Creativity,” Beasley creates original tales and adapts children’s stories and classical literature to promote kindergarten science literacy through his SEEC curriculum, which follows benchmarks from the American Association for the Advancement of Science. For example, to explore the class project theme “Real and Pretend Gardens,” Beasley incorporated the Cullman’s Botanica Magnifica, a five-volume, “double-elephant”-sized work of 250 photographic images of plants by Jonathan Singer; a painting of Hamlet as a child playing with the jester in a garden; and Botanicals, which contains rare natural-history illustrations matched to passages from the classical canon of literature, with an introduction and historical text by Leslie K. Overstreet.

Throughout the upcoming 2009-2010 school year, SEEC Kindergarten School Year, Enrichment Program students will research the theme “Real and Pretend Libraries” by exploring historical and fictional rare books,  scrolls, palimpsests, the role of library curators and architectural aesthetics of ancient and modern libraries around the world.

Beasley, who earned his master’s degree from the Johns Hopkins University, has also received SEEC’s most prestigious honor, The Diane Homiak Award, for distinguished service as a museum professional. 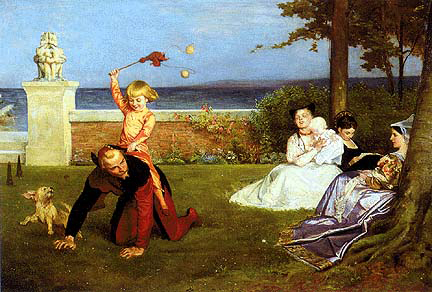 Staff in the News

About the Author: Elizabeth O'Brien