Imagine the insights you would gain if you could read the personal papers of some of the Smithsonian’s most famous scientists, scholars and benefactors. Would you like to see photographs of Alexander Calder working in his Paris studio or read love letters Frida Kahlo wrote to Diego Rivera? How about Woodie Guthrie’s original song typescripts and letters? Do you want to learn more about advertising mascots from the 1950s?  In the era of Twitter and Facebook, when the idea of writing a letter seems positively quaint, Smithsonian archives preserve these and many more treasures.

The Smithsonian’s archival holdings represent one of the nation’s largest research repositories of original documentation. The Institution’s 13 archival units collect, preserve and make available for study the voluminous and varied original documentation of the country’s rich cultural, commercial, scientific, native and artistic legacy. 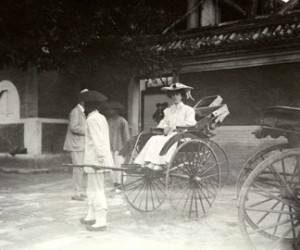 This month, 10 Smithsonian archives are opening their doors to the SI community for behind-the-scenes tours, presentations and displays of rarely seen archival resources. “Archives Month is a time to celebrate the American record and serve American society,” said Deborra Richardson, chair of the American History Museum’s Archive Center. Richardson, who is serving as the 2009 chair of the Smithsonian Institution Archives and Special Collections Council, added, “Many staff may not realize the richness or scope of our archives. These resources strengthen the nation’s collective memory by providing the raw materials for research and use in public education, scholarly and commercial publications, exhibitions, and public and commercial broadcasting.”

During October, which is American Archives Month, Richardson hopes to shed some light on the important role archives and archivists play in American culture by preserving and documenting American memory through letters and personal papers, photographs, sketches, diaries, unpublished manuscripts, corporate and association records, sound recordings, videos, and motion picture film, and other original documents and ephemera. For example, Richardson is proud of the work that has taken place at the NMAH Archives Center in the past year. With the help of summer interns and volunteers, the archives preserved approximately 35,550 negatives taken by Washington, D.C., photographers Addison Scurlock and his sons, Robert and George. The Scurlock Studios photographic archives provide extensive documentation of African American life in the District for most of the 20th century. Archives Center staff will discuss the Scurlock project, among others, during an Oct. 21 open house between 2:30 and 4:30 p.m. 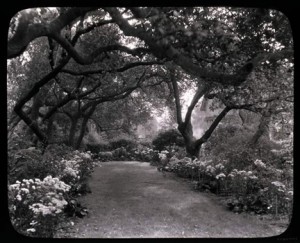 Glass lantern slide of garden in Pasadena, California, ca. 1930, from the Garden Club of America Collection at the Archives of American Gardens

The Archives of the American Gardens will display highlights from its collections during an open house Oct. 8 from 2:00 to 4:00 p.m. “We’ll be contributing images to the Flickr Commons and showcasing some of the stories that American gardens have to tell,” Kelly Crawford, museum specialist in Horticulture Services, explained. Items on display will include early 20th-century seed packaging and advertisements designed to attract home gardeners.

Also on Oct. 8, staff at the Smithsonian Institution Archives, the archival unit responsible for caring for the Institution’s historical record (and the largest archival unit at the Institution), will offer guided tours and a look at highlights from its rich collections. In addition, the Smithsonian Center for Archives Conservation will have its grand opening between 2:00 and 4:00 p.m. The Center functions as the in-house conservation treatment facility for SIA. It also assists other archives and special collections that do not have paper conservators or preservation managers on staff. SIA-SCAC is led by Nora Lockshin, who, in addition to the conservation of materials, provides condition and environmental surveys, consultations and hands-on training of staff and interns related to the care, handling and exhibition of archival materials. 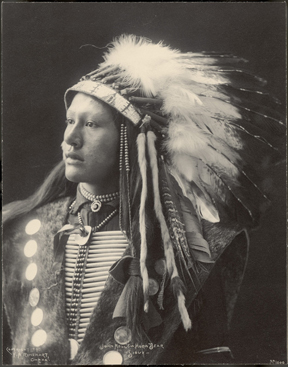 The National Museum of the American Indian Archive Center’s Oct. 8 open house, at the Cultural Resources Center in Suitland, Md., will occur during the same week that NMAI is hosting a gala event celebrating four landmark anniversaries, including the 20th anniversary of the signing of the Congressional legislation creating the museum; the 15th anniversary of the George Gustav Heye Center in New York City; the 10th anniversary of the Cultural Resources Center; and the fifth anniversary of the museum on the National Mall. In celebration, the NMAI Archives Center will display various selections from its collection, including paper, photo and media archives. In addition, the staff also will highlight new acquisitions and newly digitized photos in the “Collection On-line.” The event is from 1:30 to 3:30 p.m.

Most of the archival units documenting the visual arts also will be open to staff, including the Freer Sackler Gallery Archives (Oct. 22), the Elisofen Archives of the Museum of African Art (Oct. 22), the Archives of American Art (Oct. 14), the American Art Museum’s Photograph Archives and Art Inventories (Oct. 14), and the National Portrait Gallery’s Center for Electronic Research and Outreach Center (Oct. 14). On October 19, The National Air and Space Archives is also planning an open house with a display of materials.

A complete schedule of the American Archives Month Open House Tours may be found at http://prism.si.edu/sigroups/siasc/.   Additional information about the valuable and unique archival resources of the Smithsonian Institution can be found at http://www.nmnh.si.edu/naa/siasc/ .

From the Secretary: The institutional memory of archives

Two women, a cat, a car and a mission

About the Author: Lindsey Hagan

Lindsey Hagan is an intern in the Office of Public Affairs at the American History Museum. She is pursuing a master’s degree in museum studies from Johns Hopkins University in Baltimore, Md.