Home Art The “Mad Potter of Biloxi” gets a new home

This article, originally published by the blog The Affiliate,  was contributed by Caroline Mah, national outreach manager for Smithsonian Affiliations.

In 1994, the Ohr-O’Keefe Museum opened in Biloxi, Miss., with the purpose of promoting and preserving the work  of artist George Ohr as well as the rich, cultural legacy of the Mississippi Gulf Coast. A well-known eccentric, Ohr’s innovative forms of pottery are considered to be the first forms of American abstract expressionism. Unfortunately, the museum’s original home and a new complex designed by Frank Gehry that was under construction at the time, were both destroyed by Hurricane Katrina in August 2005. The museum, a Smithsonian Affiliate since 2002, decided to rebuild and keep the museum on the Gulf coast. 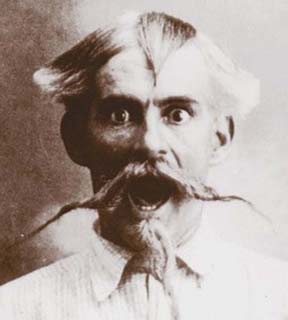 Jerry O’Keefe, the former mayor of Biloxi, had been instrumental in raising the $15 million for the original project before Katrina. After it was decided to rebuild, he donated $2 million to the museum in honor of his late wife. O’Keefe and others managed to raise $35 million in addition to an $18 million insurance payout to cover the costs of reconstruction.

The new, Frank Gehry-designed museum dedicated to the self-proclaimed “Mad Potter of Biloxi,” opened to the public on November 6, 2010. The complex includes the Mississippi Sound Welcome Center, the Exhibitions Gallery and a renovated Gallery of African American Art. Two other structures, a Center for Ceramics and the George E. Ohr Gallery (The Pods), are in progress. The Gallery will house most of Ohr’s pottery and an artist-in-residence will teach art classes in the Center for Ceramics; both pods are scheduled to open in 2012. The life and work of native Mississippian Richmond Barthé, is highlighted in the Gallery of African American Art’s inaugural exhibition, “Richmond Barthé: The Seeker,” on view until June 12.  The exhibition showcases 22 of Barthe’s sculptures, including “Blackberry Woman,”  on loan from the Smithsonian American Art Museum.” In addition, the Gallery of African American Art is housing the special exhibition “George Ohr: Selections from the Gulf Coast Collections.” 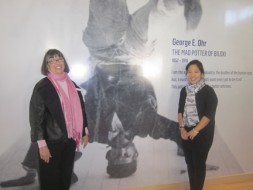 Denny Mecham, executive director of the Ohr-O’Keefe Museum, also points out that their mission focuses on school partnerships, and offering community-gathering spaces like the public Welcome Center, which will rotate featured Mississippian potters. The Museum has just partnered with the Smithsonian Center for Early Enrichment (SEEC) to develop and present educational workshops.  The two organizations will work together to develop a pilot curriculum enrichment program and provide professional development opportunities for teachers in the tri-county school system, integrating the museum’s art and architecture with the Mississippi standard course of curriculum. 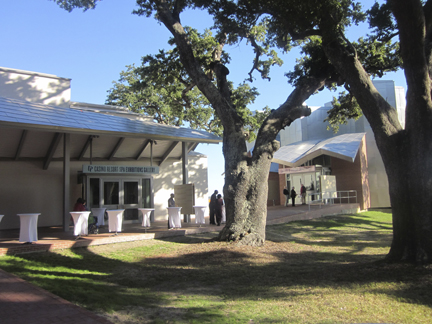 Mississippi Sound Welcome Center and the Gallery of African American Art at the Ohr-O'Keefe Museum of Art. (Photo courtesy of Smithsonian Affiliations)

“The universe is made of stories, not of atoms”