Visitors to the 45th annual Smithsonian Folklife Festival can immerse themselves in the culture of Colombia, delve into the history of the Peace Corps and chill out to rhythm and blues.

The Festival will be held Thursday, June 30, through Monday, July 4, and Thursday, July 6, through Monday, July 11, outdoors on the National Mall between Seventh and 14th streets. Admission is free. Festival hours are from 11 a.m. to 5:30 p.m. each day, with special evening events such as concerts and dance parties beginning at 5:30 p.m. The Festival is co-sponsored by the National Park Service.

“Colombia: The Nature of Culture” 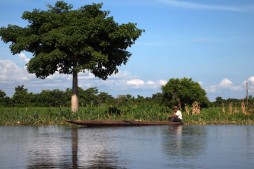 Farmers in the floodplains of Mompox use canoes to move their goods to market. (Photo by Cristina Díaz-Carrera)

“Colombia: The Nature of Culture” will highlight the country’s diverse cultural and natural heritage and feature 100 participants from six of the country’s primary ecosystems—the Andean Highlands, the Coffee Region, the Momposino Depression, the Pacific Rainforest, the Southeastern Plains and the Amazon Tropical Rainforest. The program also will feature participants from Colombia’s three major cities—Bogotá, Medellín and Cali.

Festival participants will demonstrate how to make decorative and occupational crafts using items such as reeds, vines, palm leaves, seeds, leather, horsehair, clay, wool and recycled materials. Craftspeople will carve religious artworks, build a canoe, create costumes for Carnival and make drums, harps and other instruments. The program will also feature hair-braiding demonstrations, and kids can play games and learn to juggle. Cooks will prepare regional dishes using an oven that was built on the Festival site. 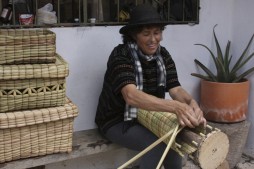 Coffee is central to the country’s economy. Coffee growers will walk visitors through the entire coffee process from planting the bean to drinking a fine cup of tinto. Visitors will learn how coffee is transported through Colombia both by jeep and by mule.

Gold mining is an important cottage industry in the Pacific Rainforest region. Demonstrations include panning for gold and a goldsmith making thin filaments for filigree jewelry.

The program’s two music stages will feature a variety of different music and dance performances and workshops. Visitors can listen to chirimia, carranguera, joropo and marimba music, enjoy a cappela songs and learn to salsa and tango. They also can participate in processions and ceremonies.

Sustainable architecture in Colombia will be featured. Many of the structures throughout the program will be built from guadua, a type of bamboo found in Colombia. The program also will include examples of urban architecture and graffiti art done by urban artists from Colombia’s cities. 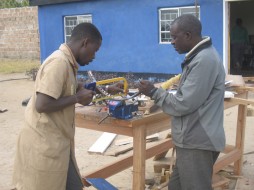 To celebrate 50 years of service around the world, “The Peace Corps: Fifty Years of Promoting World Peace and Friendship” will bring together volunteers—past and present—with many of the people they have served. The program is produced in cooperation with the Peace Corps.

On the program’s World Stage, there will be performances from around the globe, such as the acclaimed Garifuna Collective, featuring musicians and singers from Belize and Guatemala; San dancers from Botswana whose traditional dances are used in social, religious and healing ceremonies; Tinikling dancers from the Philippines who move gracefully between pieces of bamboo that are rhythmically tapped together; and young artists from western Ukraine who perform traditional dances and songs, as well as original plays.

Visitors can watch demonstrations by traditional craftspeople from Kenya, Kyrgyz Republic, Mali, Morocco, Peru and Tonga. Ghanaian women will show visitors how to make natural cosmetics from shea butter, while participants from the Republic of Georgia will demonstrate wine-making. Colorful world maps—using a hand-drawn method developed by a Peace Corps volunteer—will illustrate how volunteers have found creative ways to teach children. 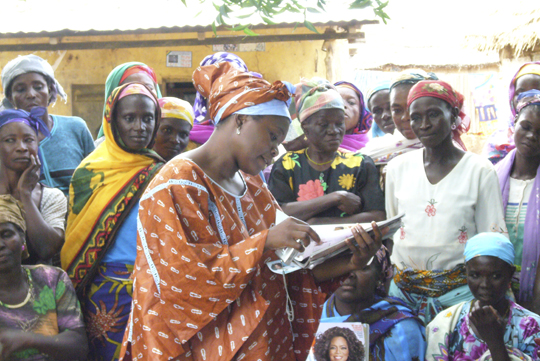 At the bottle wall, visitors can see how Peace Corps volunteers built a much-needed school in their Guatemalan community using discarded plastic bottles as building materials. In the Appropriate Technology tent, participants will present several simple but effective technologies, such as
pedal-powered cell-phone chargers from Zambia. The Home Cooking tent will feature ongoing demonstrations of food and cooking traditions, which have played a role in the experiences of Peace Corps volunteers around the world.

Participants from Jamaica will demonstrate organic farming techniques and methods. Representatives of Trees, Water & People, a non-profit organization co-founded by a Peace Corps volunteer, will show how they help communities protect, conserve and manage the natural resources on which their survival depends. 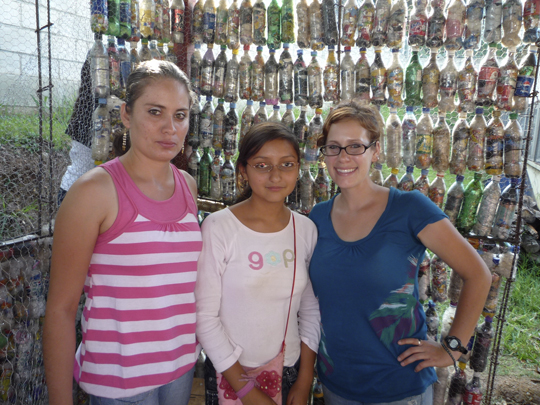 The program will also feature the Reunion Hall, where Peace Corps volunteers can connect or reconnect; the Oral Histories tent, where participants and visitors will share their personal stories about the Peace Corps; and the Peace Porch, where ongoing discussions on a wide variety of topics related to the Peace Corps experience will take place. 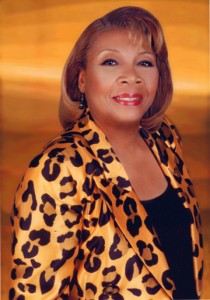 Mable John began her recording career with Berry Gordy, when in 1960 she signed to Motown’s Tamla label. She spent several years backing Ray Charles as one of the Raelettes, and she was signed with Stax Records from 1966 until 1968. Since 1973, she has been working with gospel groups and running a charitable organization. (Photo courtesy of Stax Museum of American Soul Museum)

“Rhythm and Blues: Tell It Like It Is” will explore the social and cultural history integral to the development of rhythm and blues music. The program will celebrate a style of music that encompasses urban blues, doo-wop, soul and funk. It will feature performances and conversations with artists, songwriters, radio personalities and others who have worked behind the scenes to produce and market the music. The program is produced in partnership with the Smithsonian’s National Museum of African American History and Culture.

The program also will feature performances by the Stax Music Academy ensemble, a group of talented young musicians from Memphis, Tenn. The academy, which is named for the legendary Stax Records, mentors young people through music. The ensemble will be joined by veteran Stax artists Mable John and William Bell for some performances. 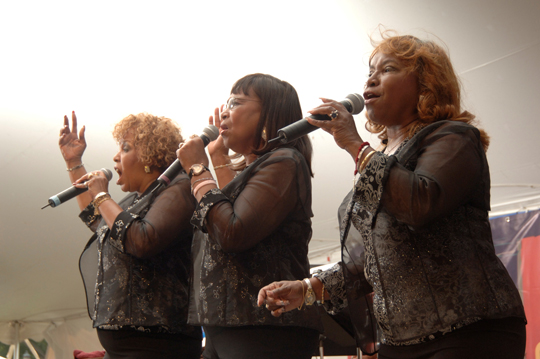 The Dixie Cups® began performing rhythm and blues music in 1963. Their number one hit, “Chapel of Love,” beat out the Beatles for the top spot in 1964 and garnered the group’s first gold record. Drawing on their New Orleans roots, the group recorded “Iko Iko,” a song about Mardi Gras Indians. The group now includes original members Barbara A. Hawkins (right) and Rosa L. Hawkins (left), joined by Athelgra Neville.

The second week of the Festival will feature the vocal groups the Swallows, The Dixie Cups, local favorites the Jewels and Fred Wesley and the New JBs. Wesley was a key member of James Brown’s stellar horn section and later performed with Parliament-Funkadelic. The Monitors will carry on the tradition of community bands backing national touring performers. Chicago blues musician Fernando Jones and his trio will present another branch of rhythm and blues.

The program also will feature dance demonstrations by two Washington, D.C.-based groups, the National Hand Dance Association and Smooth & EZ Hand Dance Institute. Both groups will give demonstrations throughout the two weeks of the Festival. 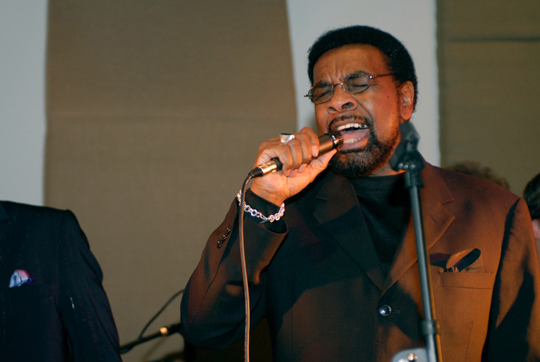 On the Session Stage, visitors can take part in narrative sessions with Festival participants about the role of radio, marketing and promotion, songwriting, performance, social dance and sharing music with the new generation. Radio personalities Herb Kent from Chicago’s WVAZ, Bob Porter from Newark’s WBGO and locals Captain Fly (WPFW) and Carroll Hynson (WHUR) will be interviewed about their own work and contributions to the music industry.

Large-print versions of the daily schedule and food concession menus, and a CD version of the program book will be available at information kiosks and the Volunteer tent. Volunteers will be on call to assist wheelchair users. All music-stage locations are equipped with audio loops. Service animals are welcome. American Sign Language interpreters will be on site to interpret selected performances and presentations. An additional interpreter is on site each day for visitors with requests beyond the scheduled events. Real-time captioning (CART) will be provided for selected performances and presentations.

To request other access services not listed above, such as real-time captioning, please call (202) 633-2921 (voice) or email access@si.edu. Follow the Festival on Facebook and Twitter. Festival fans also can keep up with each day’s events though through blogs and webcasts at the Festival website.

The 43rd annual Folklife Festival brings the Texmaniacs, Gran’daddy Junebug and glamorgan sausage to the Mall

About the Author: Becky Haberacker

According to Haberacker family lore, Becky announced to her parents after her first trip to the Smithsonian (around age 11 or so) that she wanted to work at the Institution someday. She has been a public affairs specialist at SI since 2002.