“We have found the secret of life.” Francis Crick’s bold exclamation to James Watson heralded the dawn of a new scientific era in 1953. Their work, based on biophysicist Rosalind Franklin’s crystalline DNA X-ray imaging, identified the double helix structure of DNA, life’s basic building block. Fifty years later, the Human Genome Project sequenced all 3 billion base pairs of the entire human genome, a stunning technological and biological achievement. These paradigm-shifting events will be celebrated in 2013 with a 2,500-square foot exhibition, the product of a new partnership between the National Museum of Natural History and the National Institutes of Health’s National Human Genome Research Institute (NHGRI). The exhibition will explain how our genome is integral to our ancestry, our identity, our health, and our place in the natural world.

According to NHGRI, the cost of whole human genome sequencing plummeted from $8.7 million in 2007 to $10,500 just four years later, and is projected to be less than $1,000 by 2013, a dramatic drop in expense that has been accompanied by ever-faster and more powerful computers. This combination will drive research in medicine, forensics, agriculture, energy, anthropology, archaeology and biodiversity in ways we can’t even predict. Genomics could prove to be the key to unlocking the mysteries of the universe and understanding and preserving the biodiversity of the planet, two of the Smithsonian’s Grand Challenges. 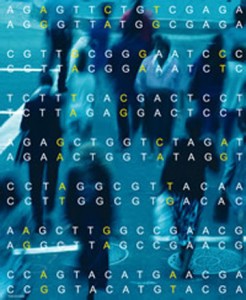 The Smithsonian is recognized throughout the world for our extensive artistic, scientific, historical, natural history and cultural collections. Lesser-known but just as important is our vast repository of frozen biomaterials such as DNA, somatic cells, tissues, blood products and embryos. This genome resource bank contains as many as 942,000 samples taken from more than 17,000 species. These biological samples improve our understanding of breeding, genetic management, biodiversity and public health.

To better preserve and organize these collections, as well as share these best practices, the Smithsonian has undertaken two major endeavors. The first, the Pan-Smithsonian Cryo-Initiative, is spearheaded by the Smithsonian Conservation Biology Institute, and will optimize management and care of our frozen scientific collections. The initial step in this process is the recently completed biorepository at the Museum Support Center, a centralized storage facility capable of holding more than2 million cryogenically preserved specimens. The second major project, part of our Consortium for Understanding and Sustaining a Biodiverse Planet, is the Natural History Museum-led Global Genome Initiative, which will consist of a network of worldwide institutions dedicated to preserving genomic samples.

Preventing the Next Pandemic

What makes our specimens so valuable is that, even though they are frozen in time, they can provide a glimpse into a dynamic future of scientific breakthroughs. One example is the waterfowl collected from 1915 – 1919, which were infected with a strain of bird flu.  Researchers compared these specimens with samples of the 1918 influenza virus that killed as many as 40 million people. They didn’t match, disproving the popular notion that the bird flu was the original source of the worldwide pandemic. 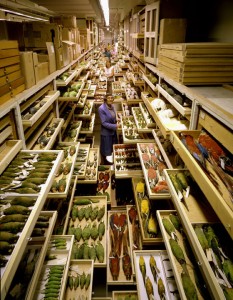 A famous image of the late Roxy Laybourne and the Natural History Museum's bird collection. (Photo by Chip Clark)

It is important to know how infectious diseases get started, as 75 percent of emerging diseases in humans are zoonotic, or originate in animals. If we hope to generate the vaccines and drugs necessary to stop the next avian flu, Hantavirus, or SARS, we have to track the spread and evolution of pathogens by identifying changes at the molecular level. Much of the Smithsonian’s current research on emerging infectious diseases is based in the department of wildlife health at the National Zoo. Recently this department sent a team of veterinarians and pathologists to Vietnam to conduct a wildlife pathology program in an effort to train colleagues to better detect, sample, and recognize wildlife diseases before they spread to human populations. And the Conservation Biology Institute’s Center for Conservation and Evolutionary Genetics has pioneered the use of genetic information to diagnose and study newly emergent pathogens, as well as those from the past using ancient DNA.

Despite our vast collections, if we hope to take advantage of the research applications this biomaterial provides, we will need to step up our genome-sequencing capabilities. That’s why a proposed Consortia biodiversity genomics project would advance “next-generation sequencing” technologies to bring the full power of these new research techniques to the Smithsonian. Conducted jointly by the Natural History Museum, the Tropical Research Institute, the National Zoo and the Environmental Research Center, this project would give us the tools to help us understand biodiversity, illuminating the causes and effects of evolution and the interdependencies in ecosystems. No single institution can store all the genome-quality tissue samples necessary for research, but by expanding our next-generation sequencing abilities, we will be able to partner with leading biodiversity repositories around the world. 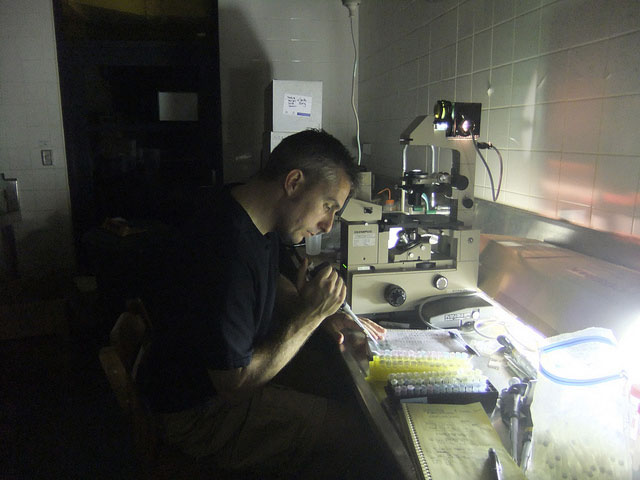 The Future of Genomics and the Smithsonian

When I spoke at the NHGRI trainee retreat at the American Indian Museum in November, I remarked that by working together, institutions such as ours have the ability to maximize our impact in the lab, on land, in the ocean and in the classroom. NHGRI Director Eric Green spoke of the power of shared resources when he remarked that one of the Human Genome Project’s most important features was immediate data deposit, in which all the research was released freely, even to competitors in the race to sequence the human genome. Green noted that this openness empowers the world’s smartest scientists to immediately analyze the massive amounts of genomic data being produced. He also cited his optimism about future collaborations with the Smithsonian.

There is no doubt that genomics will be a big part of our future, one where we will carve out a leadership position if we exercise our advantages through the collaborative efforts emerging from our consortia. I would particularly like to thank Under Secretary Eva Pell and Consortia Director John Kress for their extraordinary efforts in these initiatives. We can now see how remarkable our future can be. 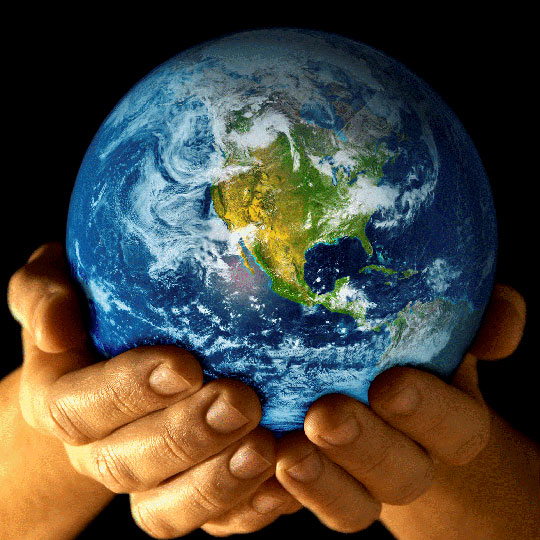 On the road in Arizona: The Secretary’s travel journal