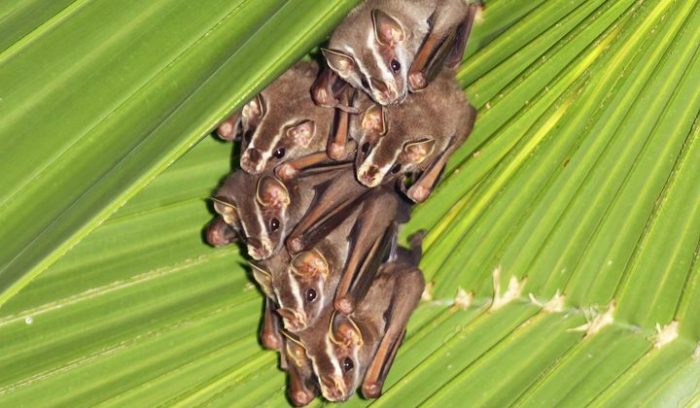 Bats have had a rough year. Brought into the limelight by the coronavirus pandemic, their already spooky public image took wing for the worse. But they have more to worry about than bad press. Habitat loss, climate change, pesticides, hunting and a deadly disease called white-nose syndrome all threaten the survival of populations around the world. For Bat Week this year, we rounded up five reasons to love and conserve these misunderstood mammal. 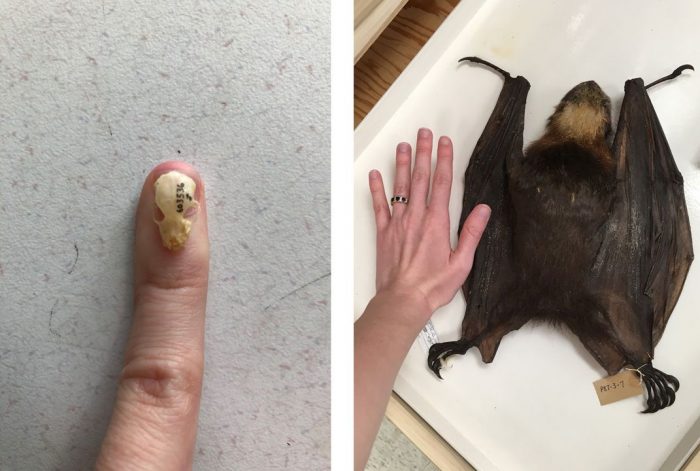 Left: The skull of a Pipistrelle bat (Pipistrellus) rests on a pinky nail. Right: A flying fox (Pteropus) sits next to the same hand. (Ingrid Rochon, Smithsonian)

Bats are one of the most diverse groups of mammals on the planet. Scientists have named over 1,400 bat species so far that range in size from the bumblebee bat (Craseonycteris thonglongyai) — which competes for the title of world’s smallest mammal with the Etruscan shrew (Suncus etruscus) — to the giant golden-crowned flying fox (Acerodon jubatus) and the giant Philippine fruit bat (Pteropus vampyrus lanensis), both of which have wingspans that can exceed five feet. Bats exist on every continent besides Antarctica, and they’ve adapted unique traits to fit habitats around the world.

Left: Mexican fish-eating bats use their talon-like toes to grab fish out of the ocean. (Stephen Greif) Right: Spix’s disk-winged bats sleep with their heads facing up — unlike most bats — inside curled leaves. (Alan Wolf)

Bats’ ability to fly and use echolocation is well-known, but their diversity comes with other peculiar behaviors. Mexican fish-eating bats (Myotis vivesi), for example, use their long claws to catch fish near Baja and the Gulf of California. Sometimes classified as marine mammals, these bats drink salt water while spending lengthy amounts of time at sea.

Further inland in southeastern Mexico through Brazil, Spix’s disk-winged bats (Thyroptera tricolor) use sucker-cup shaped feet to stick to the insides of curled leaves. With so many species, a few seemingly unique traits actually appear echoed around the world. Madagascar sucker-footed bats (Myzopoda aurita) evolved similarly shaped feet that they use for adhering to leaves thousands of miles away. 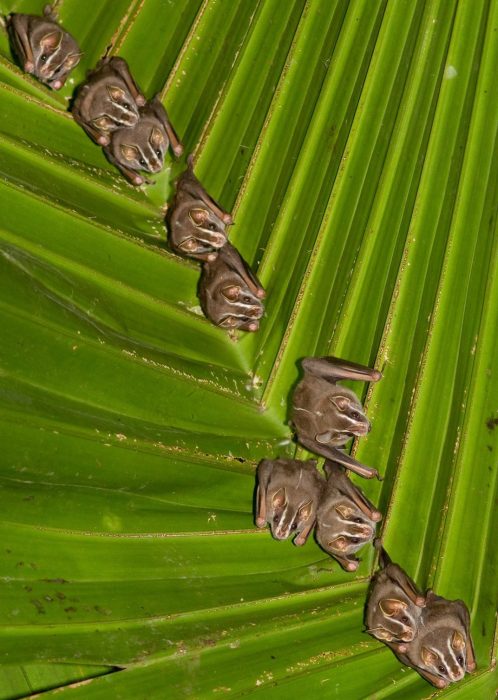 Most bats choose suitable areas that already exist when they want to rest, rear young or hibernate, but some species build their own homes. Tent-making bats (Uroderma bilobatum) in Central and South America chew lines along the sides of leaves, creating shelters that fold over and protect them from weather and predators. A few species from India and Southeast Asia also chew tents out of leaves. 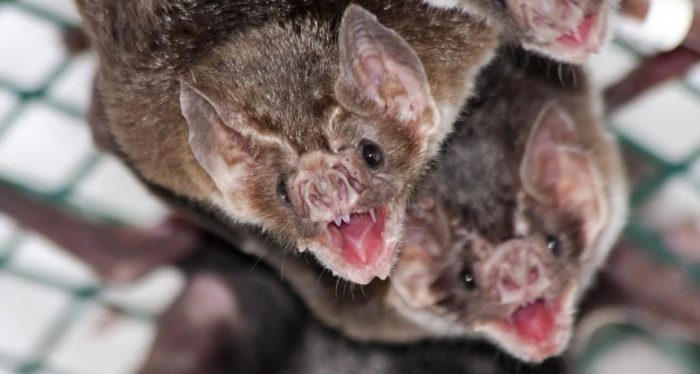 Vampire bats live in large groups and depend on each other for food and co-raising young. (Oasalehm)

Vampire bats (Desmodontinae) have a particularly poor public image, but they have more in common with humans than meets the eye. These animals form tightly-knit communities and even act altruistically. They’ve been shown to share food with individuals who are too weak to hunt or have missed meals, and they keep track of their social interactions. Vampire bats also raise their young in groups, helping each other parent. 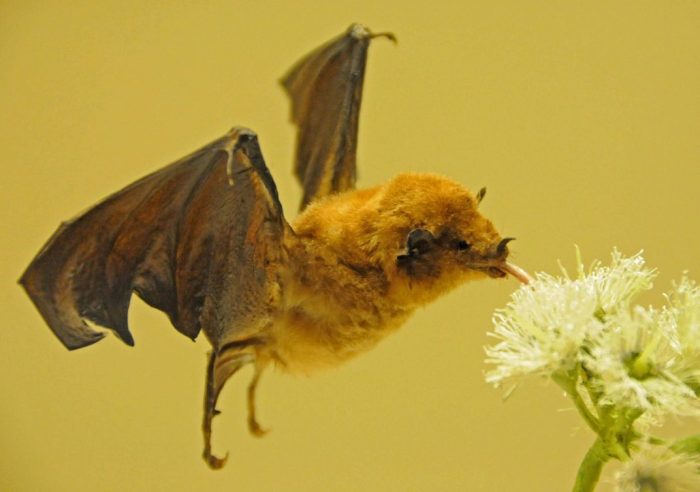 Palla’s long-tongued bats (Glossophaga soricina) are one of the many species that pollinate flowers, often at night. (Ingrid Rochon, Smithsonian)

Some bats eat fruit, others sip nectar and still others hunt insects and bugs. Their wide range of foods makes bats important for the balance of ecosystems around the world, as well as human agriculture. A 2011 study estimated that bats provide anywhere from $3.7 billion to $53 billion worth of pest-control by eating bugs, and over 300 species of plants depend on fruit-eating bats to spread their seeds and fertilize soil through droppings.

An even larger number of plants — more than 500 species — depend on nectar-feeding bats to pollinate their flowers. Many of these plants evolved to attract bats by producing white flowers that bloom at night and smell like fermenting fruit. This includes crops that humans cultivate commercially, such as the agave used to make tequila. Cheers to that. 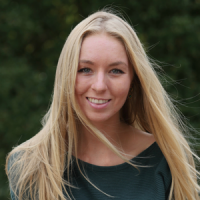 Erin Malsbury is an intern in the Smithsonian National Museum of Natural History’s Office of Communications and Public Affairs. Her writing has appeared in Science, Eos, Mongabay and the Mercury News, among others. Erin recently graduated from the University of California, Santa Cruz with an MS in science communication. She also holds a BS in ecology and a BA in anthropology from the University of Georgia.