UPDATE: This program has been cancelled because of the possibility of a government shutdown beginning midnight Friday, April 8.

The Smithsonian will host a symposium on the survival of Taíno language, identity and material culture in contemporary Caribbean consciousness Wednesday, April 13, from 2:30 to 4:30 p.m. in Room 4018 on the fourth level of the National Museum of the American Indian. Panelists include geneticist Juan Martínez Cruzado, archaeologist Osvaldo García-Goyco and historians Lynne Guitar and Alejandro Hartmann. José Barreiro, assistant director for research at the National Museum of the American Indian, will moderate. 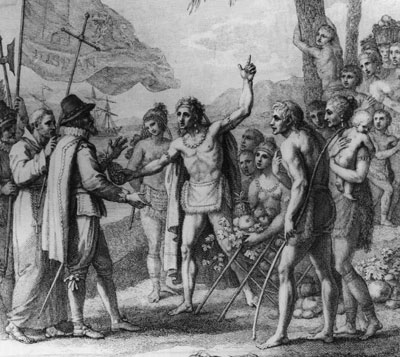 This symposium is part of the Taíno Legacy Project that explores the culture, history and legacy of the Native peoples of the Caribbean islands. In particular, this project will focus on the Taíno, the inhabitants of Cuba, Jamaica, Haiti, the Dominican Republic, Puerto Rico and the Bahamas, who both greeted—then resisted—Columbus and his men during the first decades of Spanish colonization in the Americas. 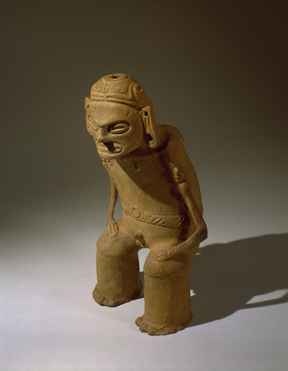 This clay zemi, or Taíno religious object, depicts the important deity Deminan Caracaracol. Made between 1200-1492 AD, this figurine was ritually deposited in a small cave in what is now the Dominican Republic, until it was collected in 1916. Courtesy of the National Museum of the American Indian.

This project reflects one of the most important cultural encounters in world history. It provides perspectives on Taíno civilization before European contact using the Smithsonian’s archaeological collections, while demonstrating the enduring presence of a “consciousness of Taíno” on the islands—from domestic architecture, agriculture and spirituality to art, language and biology. “The term, extinction, as applied to a culture and its human community, is always troublesome,” said Barreiro. “There is a persistent exuberance about ‘Taíno,’ in the islands and in their diasporic communities. This is what we are exploring.”

This project is a multiyear collaboration between the Smithsonian Latino Center, the National Museum of the American Indian, the National Museum of Natural History and the Smithsonian Institution Traveling Exhibition Service. An exhibition and public program series on Taíno Legacy are currently under development in collaboration with scholars from the United States and the Caribbean. For more information call (202) 633-0925 or visit the Latino Center’s website.

The persistent exuberance of ‘Taíno’

Taíno: The living legacy of a colonial past

6 Responses to The persistent exuberance of Taíno