Home Collaboration A river runs through us all

Aniakchak Surprise Lake from the film, "The Ends of the Earth," screening on March 17 at 3:30 p.m. at the National Museum of American History (Credit: Roy Wood)

The 21st annual Environmental Film Festival in the Nation’s Capital, March 12 through 24, considers the vital role of earth’s rivers in human survival and their vulnerability in the changing global environment. In collaboration with 75 partnering venues across the Washington area, including the Smithsonian, the festival presents a record 190 diverse and arresting filsm from 50 countries. This year’s Festival features 110 Washington, D.C., United States and world premieres; 196 filmmakers and environmentalists will be present to enliven the screenings with their perspectives and knowledge.

Featured among the Festival’s opening night films will be the world premiere of Hot Water, exposing the toxic effects of uranium mining in the American West with Dennis Kucinich, who is featured in the film, and filmmakers Elizabeth Kucinich and Lizabeth Rogers. The Washington, D.C. premiere of acclaimed director Terrence Malick’s latest film, To the Wonder, an exploration of love set against the majesty of nature, is a Festival highlight, along with Canadian filmmaker and environmental activist Rob Stewart’s new film, Revolution, empowering youth to save the natural world and humanity itself!

The zany documentary, Lunarcy!, another Washington, D.C. premiere, looks at people who are obsessed with the moon. Jessica Woodworth’s latest feature, The Fifth Season, is a haunting, poetic meditation on nature in revolt against humans. The Festival’s closing film, The Fruit Hunters, examines another obsession – those who scour the world searching for exotic fruits. 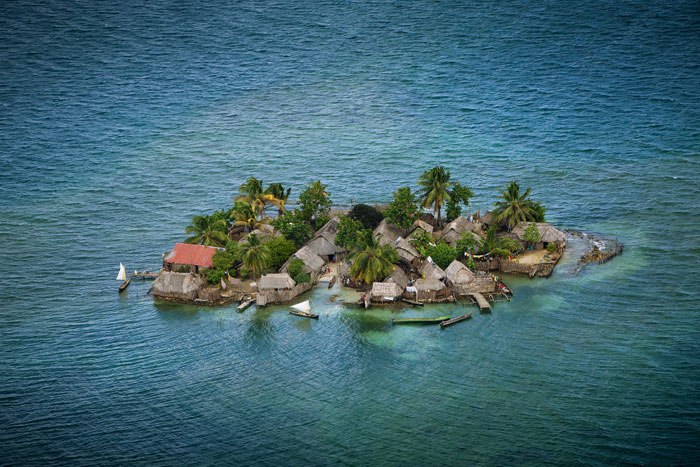 A scene from the film, "Planet Ocean," screening on March 16 at 3:15 p.m. at the National Museum of Natural History. ( © Yann Arthus Bertrand/Altitudes)

Films heralding the upcoming Smithsonian exhibition, “Earth Matters: Land as Material and Metaphor in the Arts of Africa,” profile Jane Goodall and explore the struggles of farmers, fishermen, lions and bonobos in Africa today. Classic films shot by John Huston in Africa address themes that are still relevant today.

Notable among our river films, Lost Rivers investigates the hidden river networks beneath major cities. A series of films following the Rhine River from its source in Switzerland to its delta in the Netherlands highlights this storied river’s natural, cultural and economic value. Amazon Gold and A Journey to the Source of the Lena reveal devastation and wonders along two major rivers on opposite sides of the world. Where the Yellowstone Goes embarks on a trip down the longest free-flowing river in the United States, while Rock the Boat follows a controversial kayaking trip on the cemented-in Los Angeles River that led to its protection under the Clean Water Act.

Not Yet Begun to Fight shows how rivers can offer outlets for human healing and revitalization while Willamette Futures provides a creative plan for how to restore Oregon’s largest river. Potomac: The River Runs Through Us points out just how close our connection is to the local river that is the source of our drinking water. The Anacostia is celebrated through a series of “Riverstories” about people engaging with the river.

Tthe Festival is one of the largest collaborative cultural events in the nation’s capital. Films are screened this year at 75 venues throughout the greater Washington area, including museums, embassies, universities, libraries and local theaters. Most films are free.

For the complete schedule, visit the Festival Web site, www.dcenvironmentalfilmfest.org.

Climate Connections: We’re all in this together

Nor any drop to drink

Our Cities, Our Planet: Living in the Age of Humans