Home Art “Yoga: The Art of Transformation” also offers a way to transform how exhibitions are funded 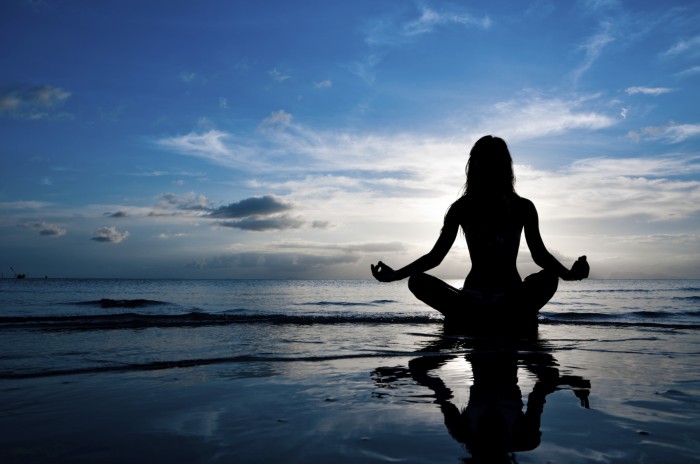 Yoga is a global phenomenon, practiced by millions of people seeking spiritual insight or better health. Few, however, are aware of yoga’s rich diversity and historical transformations. Opening Oct. 19 at the Arthur M. Sackler Gallery, “Yoga: The Art of Transformation”—the world’s first exhibition about the discipline’s visual history—will reveal its fascinating meanings and histories over the past 2,000 years.

“The Art of Transformation” explores yoga’s philosophies and its goals of transforming body and consciousness, its importance within multiple religious and secular arenas, and the varied roles that yogis played in society, from sages to spies. To support the exhibition, the museum is launching the Smithsonian’s first major crowdfunding campaign on May 29. “Together We’re One,” will run through July 1, raising funds for exhibition production, Web content, catalog printing and free public programs for adults and families. Supporters can learn more, donate and download campaign materials—including e-cards and desktop and smartphone backgrounds—at asia.si.edu/yoga or by contacting yoga@si.edu. 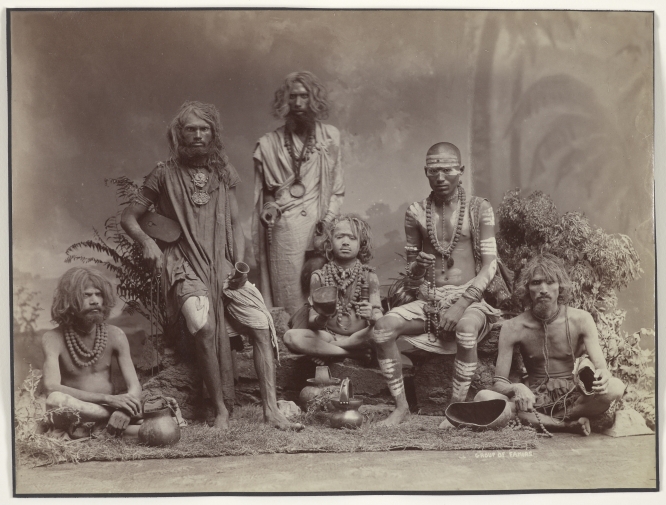 Colin Murray for Bourne & Shepherd, ca. 1880s Albumen print, 22.2 x 29.2 cm Collection of Gloria Katz and Willard Huyck, 2011.02.02.0004
In the 19th century, photographs circulated exoticized images of yogis across the globe. The horizontal body markings on the bald “yogi” seated at right is studio make-up that bears no relationship to any Hindu tradition; the painted jungle backdrop, potted plants, and grass mats are equally props assembled to satisfy a transnational fascination with views of foreign lands and people.

Exhibition curator Debra Diamond worked with an interdisciplinary team of scholars to compile a remarkable survey of Indian art, with more than 130 objects from 25 museums and private collections in India, Europe and the United States. As much of yoga’s history remains shrouded in mystery, this comprehensive look at yoga’s visual culture marks the start of a new field of study. “These works of art allow us to trace, often for the first time, yoga’s meanings across the diverse social landscapes of India,” said Diamond, curator of South Asian art at the Arthur M. Sackler Gallery and Freer Gallery of Art. “United for the first time, they not only invite aesthetic wonder, but also unlock the past—opening a portal onto yoga’s surprisingly down-to-earth aspects over 2,000 years.”

Renowned masterpieces of painting and sculpture, as well as popular images, weave parallel stories of yoga as an individual path and as a cultural force, both in India and abroad. The exhibition features 90 stone and bronze sculptures, richly illustrated manuscripts and lavish court painitngs created from the third to the early 19th century A.D. Objects such as a 12-foot scroll of the chakra body and the earliest illustrated Yoga Vasishta (an important Hindu philosophical text) illuminate central tenets of yogic practice and philosophy. Other works shed light on yoga’s obscured histories and archetypes, that range from tantric yogini goddesses to militant ascetics and romantic heroes. Later 19th- and early 20th-century materials—including photographs, missionary postcards, magic posters, medical illustrations and early films—chart the vilification of yoga in the colonial period and the subsequent emergence of the modern discipline in India.

Tom Sherwood of WRC-TV’s News4 chats with Debra Diamond and explains why the Smithsonian is asking ordinary citizens to help fund this unique exhibition.

Go “Behind the Book of Omens” at the Sackler

“Echoes of the Past: The Buddhist Cave Temples of Xiangtangshan”

Buddha 2.0: Echoes of the Past 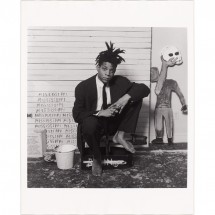 “I don’t think about art while I work. I try to think about life.”—Jean-Michel Basquiat Continue reading Basquiat’s Presence Continues To Loom Large in Modern Art