When former Secretary of Defense Leon Panetta announced in January that he was formally lifting the ban on women serving in combat positions, many treated this as major news. Yet, with physical battle front lines a thing of the past and many women serving in combat roles—albeit by a different name—Panetta just made official what was already happening.

Generally, the military has been considered a male institution. But today, Panetta’s order, recent news coverage, and scholarly research has shed light on the remarkable relationship of women and the military that goes back to the beginning of history. 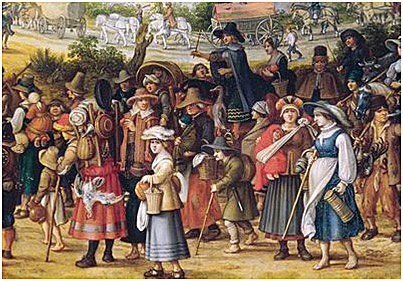 Women figure prominently in this detail of an oil on panel by Sebastian Vrancx (Flemish painter, 1573–1647) of an army column on the march. Musée Municipal, Soissons, France / Lauros / Giraudon.

Military history is an excellent way to examine historical change, but to fully grasp the connections to the American experience, we must look at the contributions of women and their many roles. Women soldiers, commanders, camp followers, nurses, wives, and mothers have paid the price, risked their limbs, and have made the ultimate sacrifice.

Two curators from the American History Museum have recently edited a book that presents a survey of the history of women in war and military. Here, for the first time, is this history laid out in a clear, engaging, and chronological overview of topics, linking materials and resources that are spread among many libraries and other repositories.

Military institutions have always influenced the course of history and women have always participated, but not until the latter part of the 20th century have historians begun to recognize this participation and begun to study it.

A Companion to Women’s Military History, edited by Margaret Vining and Barton C.Hacker, was published by Brill in 2012. A collection of essays, it addresses the changing relationship between women and the armed forces from antiquity to the present. 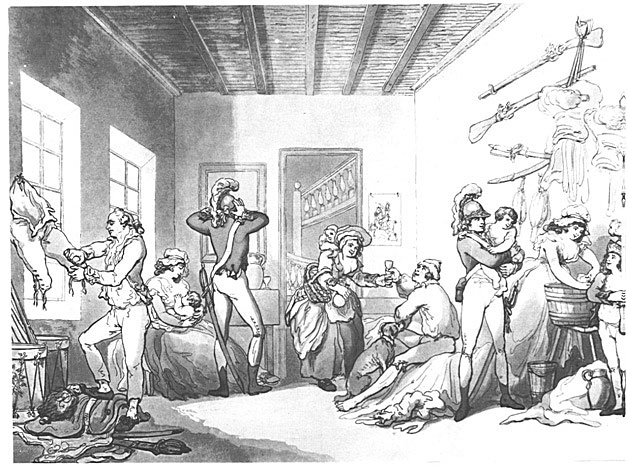 A drawing and etching by English artist Thomas Rowlandson (1756–1827), published as a colored aquatint (London: T. Malton, 1788), shows English light dragoons in barracks with several of their wives, one nursing an infant, another laundering, still another drinking. National Army Museum, London.

At 720 pages, it’s as hefty as the final Harry Potter book and just as fascinating and hard to put down. Vining and Hacker’s aim was to write a scholarly book, accessible not only to academics but to all lovers of history. “It is not a novel, by any means,” Vining told me. “But high school students could read it.”

This book is the result of five years of focused work and building on many years of research in the field. (Hacker first published on the topic in 1981; Vining curated an exhibition in 1997 about women who enlisted in the U.S. Navy as yeomen during WWI.)

Vining and Hacker note that women have always been present but not visible. “We set out to change that, show the wealth of information that exists and present a starting point from where to delve deeper into the topic,” Hacker says.

The authors are not just presenting existing knowledge and resources but have partnered with 16 notable historians worldwide, which—through often spirited discussions—triggered new insights and research. “We learned so much, there were so many surprises,” Vining says. “Inspirational stories of well known heroines like Joan of Arc, but also everyday women who we have never heard of.” 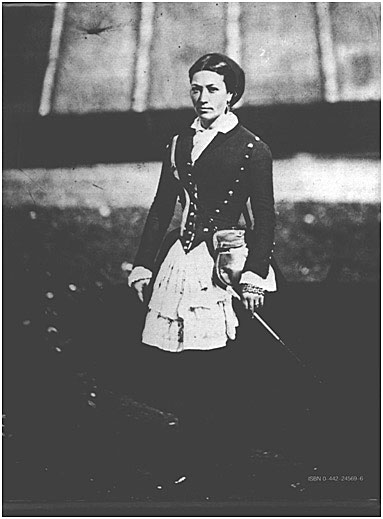 The Crimean War (1854–1856) was the first great war to be photographed, notably by Roger Fenton (1819–1869). Women figured in several of his 1855 photos, as in this posed image of a French cantinière in the uniform of a zouve regiment. US Library of Congress, Washington, DC.

Did you know, for example, that Queen Isabella of Spain (who sent Columbus off on his quest) was a formidable military leader and, wearing full armor, successfully commanded her troops in the 1475 Battle of Toledo?

The women who dressed as men and went into war were few but they loom large in our imagination. Yet, military history is not just about battles and strategy but also about support, food and quarters, much of it provided by women. 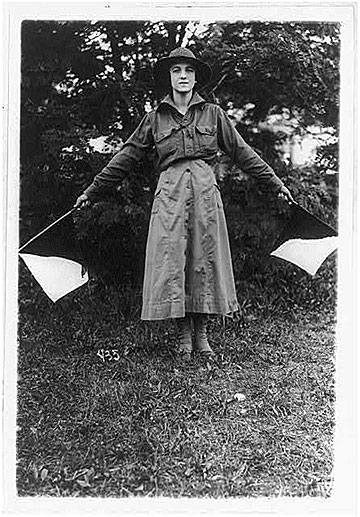 Even before the United States became a belligerent, American women had begun to prepare themselves for war service by volunteering to train in uniformed patriotic organizations. In this 1916 photo, a “wig wag girl” in the US Women’s Defense League practices signaling at a camp near Washington, DC. (Library of Congress Prints and Photographs Division, Washington DC. LC-USZ62-69471)

Where did Florence Nightingale come from—who had inspired her? Nursing grew out of the work of lower class camp followers and morphed into a respectable, uniformed middle-upper class profession. Fans of the PBS series Downton Abbey, for instance, will remember Lady Sybil’s dedicated work during World War I.

The Companion surveys women and military institutions from antiquity to the present. Stories include American Indian and African warriors, women and war in early modern Russia, U.S. military wives in the Philippines, Jewish underground fighters and partisans during the Holocaust, and finally—verging on current events—enlisted women from 1948 to 2008. 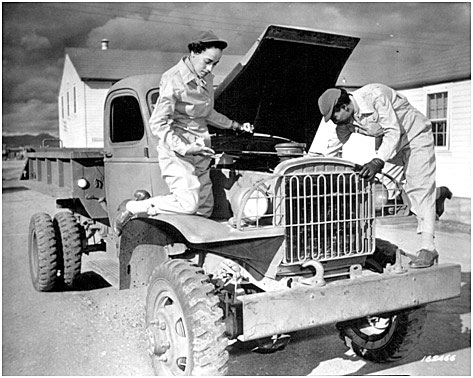 The U.S. Women’s Army Corps (WAC) was largest of the women’s branches in the American armed forces in WWII. In this photo of 8 December 1942, WACs Ruth Wade and Lucille Mayo, who had learned how to service trucks at the WAC training center, Fort Des Moines, Iowa, put their skills into practice at Fort Huachuca, Arizona. (Reproduction no. 111-SC-16246, National Archives and Records Administration, Washington, DC).

While women were often left out of the official record, they were not ignored by contemporary artists. “Photography has extensively documented the large and growing role of women as members of the armed forces,” Vining and Hacker say. “But long before the advent of this technology, graphic arts included women in military settings, documenting their pervasive roles. The book presents a selection of prints and photographs that offer a glimpse of women’s military life over the last 500 years.” 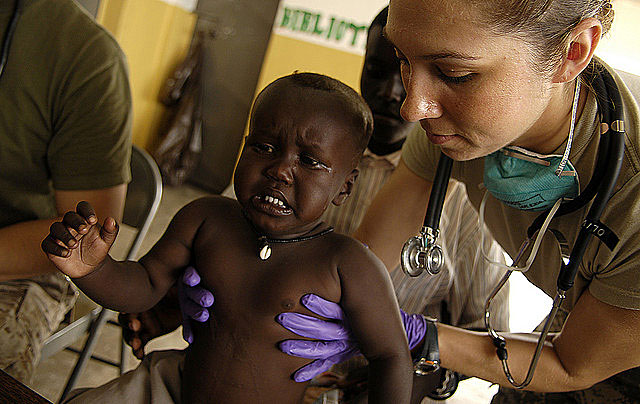 Vining and Hacker close the introduction to their book with this word of caution: “Any military history that omits women tells only half the story, and any women’s history that omits military institutions omits a major factor in shaping women’s lives.” And I can only concur.

This post by Valeska Hilbig was originally published by the Museum of American History’s blog, O Say Can You See.

Behind the Scenes of the American Women’s History Initiative

About the Author: Valeska Hilbig

Valeska Hilbig is the Deputy Director of the Office of Public Affairs at the Smithsonian's National Museum of American History. As a public historian and self professed history geek, she believes life is the best story teller and history can be just as exciting, inspiring, and gut-wrenching as any novel.