Have you reached a milestone, received an award or conquered the world (at least your little corner of it) lately? Let us know at torch@si.edu.  We want to toot your horn for you! Be sure to include your contact information and a picture as an attachment. 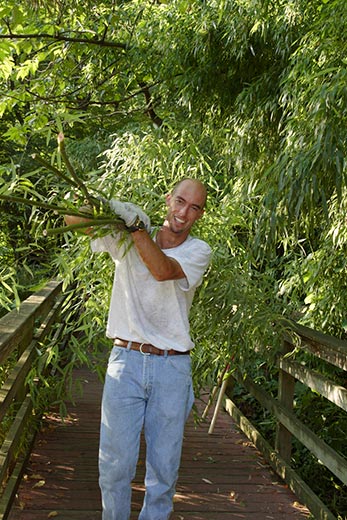 With the recent election of Mike Maslanka as chair of the Nutrition Advisory Group for the Association of Zoos and Aquariums, staff from the National Zoo chair a record-breaking five scientific advisory groups and other committees for AZA, including:

Twenty-five participants from 18 Smithsonian units have been named to the inaugural class of the first Emerging Leaders Development Program. The program will provide professional development and mentoring activities designed to foster cross-unit collaboration. Congratualtions to:

Smithsonian Channel programming continues to be recognized by the film and television industry.

Mike Maslanka had a farm…