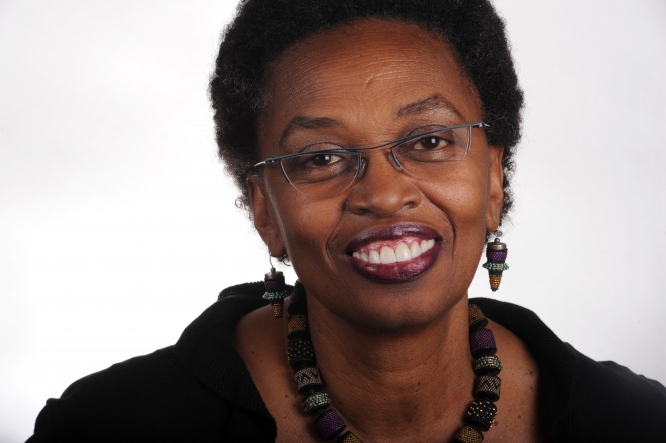 Claudine K. Brown, Assistant Secretary for Education and Access for the Smithsonian since 2010, passed away March 17 after a long battle with cancer. Ms. Brown was responsible for defining our overall education program, and she worked tirelessly with staff from 32 education offices across the Institution to develop initiatives and resources to benefit learners of all ages. She also oversaw the Science Education Center, Center for Digital Learning and Access, SITES, Affiliations and Associates.

Ms. Brown began her career with the Smithsonian in 1990, serving as the director of the National African American Museum Project (1990 to 1995). She developed our final study on the project and a program plan for the museum, which will open in September on the National Mall. In 1991, she became the Smithsonian’s Deputy Assistant Secretary for the Arts and Humanities.

Ms. Brown left the Smithsonian to serve as the director of the arts and culture program at the Nathan Cummings Foundation in New York from 1995 to 2010. During her tenure, she positioned the organization as a leading arts grantmaker that supports institutions that are committed to excellence, diversity and community involvement. She worked to strengthen community-based arts education programs, which included supporting young people acquiring creative and technical skills using new media.

In addition to working in the museum and philanthropy communities, Brown also served for more than 20 years as a faculty advisor and instructor in the Leadership in Museum Education Program at Bank Street Graduate School of Education in New York City, giving her the opportunity to work with some of the preeminent museum evaluators, educators and thinkers in the field. Many of the more than 200 students Brown advised and taught are now directors of education and managers at art, history, natural history, science and children’s museums throughout the country.

Brown earned her bachelor’s degree from Pratt Institute in New York City and master’s degree in museum education from Bank Street College of Education. She earned her law degree from Brooklyn Law School.

Celebrate the remarkable life of Claudine K. Brown on Monday, April 4, from 3:00 to 5:30 p.m. in the Arts and Industries Building. Please respond to Helen Dockery at dockeryh@si.edu by March 30 if you plan to attend.

Claudine Brown is new director of education for the Smithsonian

One Response to In Memoriam: Claudine K. Brown