Been putting off some household repairs because of the expense? Don’t wind up with a billion-dollar backlog! We also acquired some new regents and some old photos this week.

When did humans settle down? The house mouse may have the answer

Sometime about 10,000 years ago, the earliest farmers put down their roots—literally and figuratively. Agriculture opened the door to (theoretically) stable food supplies, and it let hunter-gatherers build permanent dwellings that eventually morphed into complex societies in many parts of the world. But how that transition played out is a contentiously debated topic. Now, a new study shows that our path to domesticity zig-zagged between periods of sedentary life and a roaming hunter-gatherer lifestyle. The evidence? The presence—and absence—of the common house mouse. 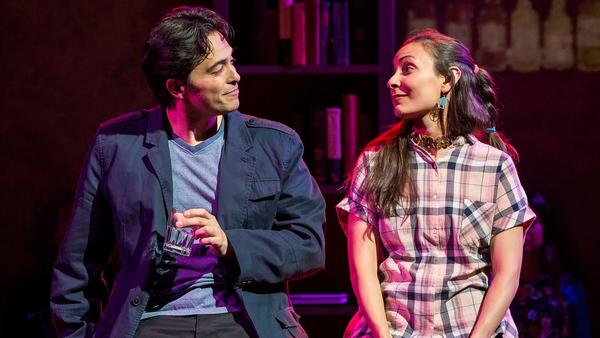 he story of the American West would be incomplete without the indigenous people who occupied this territory long before the arrival of European immigrants.

Giving the descendants of indigenous people an artistic platform is the goal of Native Voices at the Autry Museum of the American West, which for more than 18 years has housed the country’s only Equity theater company dedicated solely to producing new works by Native American, Alaska Native and First Nations playwrights. Read more from Jessica Gelt for The Los Angeles Times.

Bao Bao, an American-Born Panda, Steps Out in China 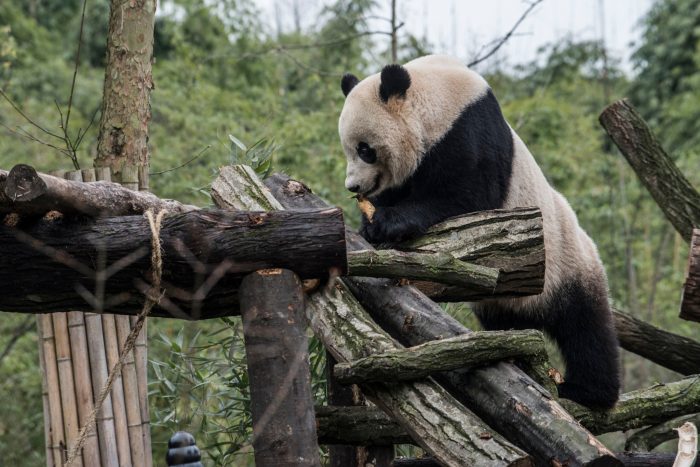 After 30 days of quarantine, the American-born Bao Bao appeared in public for the first time on Friday at her new home: the Dujiangyan Panda Base in the southwestern Chinese province of Sichuan. Credit Gilles Sabrié for The New York Times

CHENGDU, China — Strange food. Unintelligible natives. These are just some of the things that Bao Bao, the 3-year-old panda from the National Zoo in Washington, has grappled with since moving to China last month. But the culture shock is fading, her handlers say, as she settles into the land of her ancestors.

On Friday, after 30 days of quarantine, Bao Bao made her first public appearance at the Dujiangyan base of the China Conservation and Research Center for the Giant Panda in Sichuan Province. See more photos and read more from Karoline Kan for The New York Times. 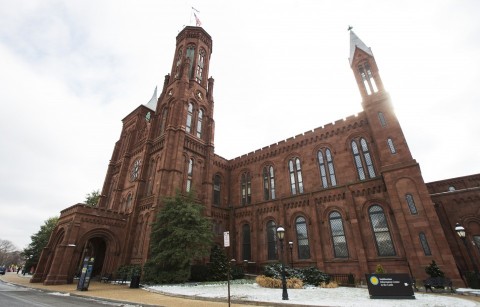 The Smithsonian Institution has asked art museum director Michael Govan and economist Roger W. Ferguson to be members of its governing board.

The U.S. Senate voted Monday to approve the nominations of Govan and Ferguson to be citizen regents of the Smithsonian. If approved by the House of Representatives and the president, Govan and Ferguson will replace Shirley Ann Jackson, president of the Rensselaer Polytechnic Institute, and developer Robert Kogod. Both had served two terms. Read more from Peggy McGlone for The Washington Post.

Should Art That Infuriates Be Removed? 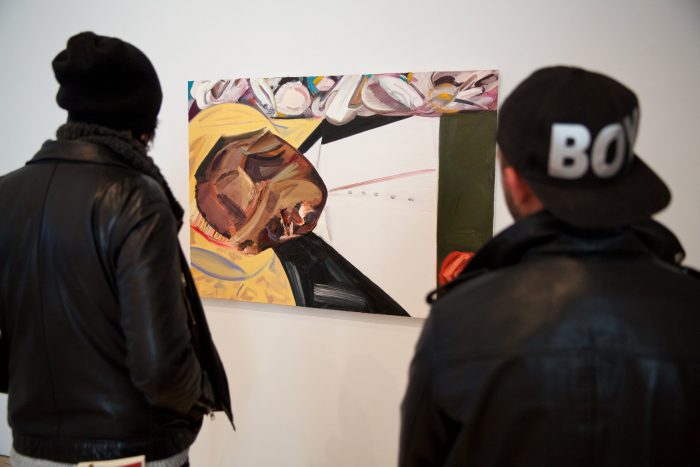 We all encounter art we don’t like, that upsets and infuriates us. This doesn’t deserve to be exhibited, our brains yell; it should not be allowed to exist. Still, does such aversion mean that an artwork must be removed from view — or, worse, destroyed?

This question has been at the heart of the controversy that has split the art world since the Whitney Biennial opened nearly two weeks ago. The turmoil, which has been excruciating for many people in different ways, centers on “Open Casket,” a painting in the exhibition by Dana Schutz. The work is based partly on photographs of the horrifically mutilated face of Emmett Till lying in his coffin in 1955, about 10 days after that African-American 14-year-old was brutally killed by two white men in Mississippi for supposedly flirting with a white store clerk. The artist, Ms. Schutz, is white, and her use of the images has struck many in the art world as an inappropriate appropriation that, they argue, should be removed. Read more from Roberta Smith for The New York Times.

Gazing Into the Abyss

Astronomers are set to peer into the event horizon of a black hole for the first time. 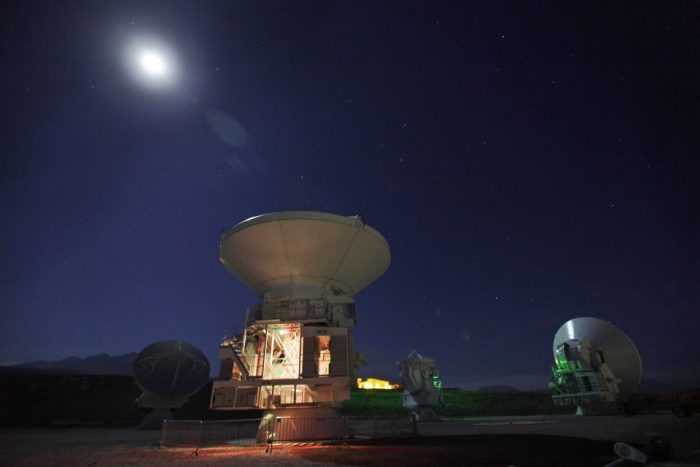 The landscape appeared more Martian than terrestrial—barren for the most part, with a reddish hue, and dotted with salt-splashed mountain ridges. We passed a few wild donkeys among the desert shrubs and a field of cacti along the way. Ahead of the final ascent by bus, we heard dire warnings about the risks associated with altitude sickness, ultraviolet exposure, and dehydration. A paramedic checked my heart rate, blood pressure, and oxygen-saturation level, and clipped a pulse oximeter on my finger—all part of the requisite ritual before visiting the Atacama Large Millimeter Array (ALMA), an elaborate grid of radio dishes erected on a high plateau in northern Chile. Read more from Ray Jayawardhana for The Atlantic. 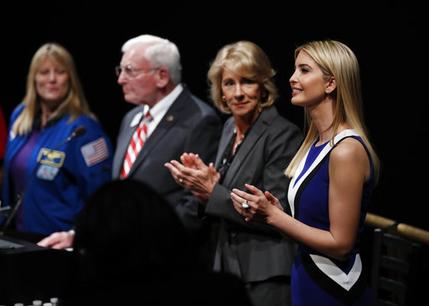 Ivanka Trump and Education Secretary Betsy DeVos on Tuesday exhorted young girls to pursue careers in science, technology, engineering and math, saying those fields will provide the jobs and innovation for the future.

Their tour of the National Air and Space Museum with a group of middle school students came as the Trump administration proposed further cuts to education and science, drawing harsh criticism from teachers’ unions and others. Read more from Maria Danilova for The Associated Press.

Smithsonian Tells Congress It Needs Almost $1B in Repairs 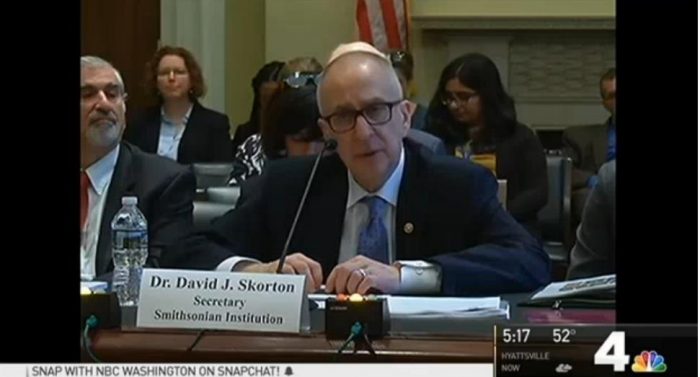 In congressional testimony released this week, the Smithsonian acklowedged almost a billion-dollar backlog in needed repairs and maintenance. Watch the full report from Scott MacFarlane. 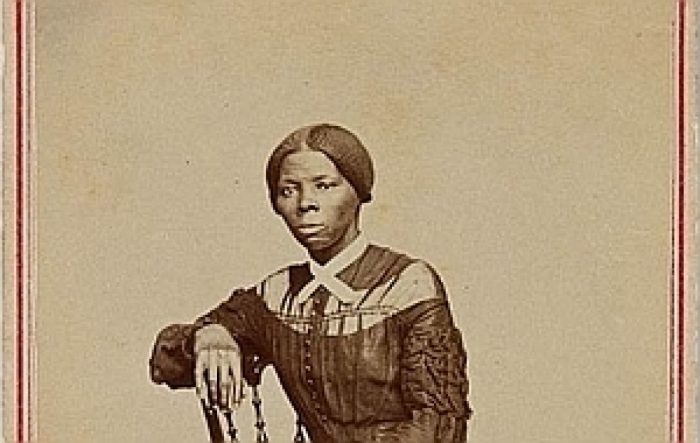 Harriet Tubman is shown in this visiting card. The image was made in Auburn, N.Y., sometime between late 1865 and 1868, according to Kate Clifford Larson, a Tubman biographer. (Swann Galleries)

An old photo album containing a rare portrait of the legendary underground railroad conductor Harriet Tubman has been jointly acquired by the Library of Congress and the Smithsonian’s National Museum of African American History and Culture, the institutions said Friday.

The new image depicts Tubman as a much younger woman than she appears in other known pictures. It is among 44 rare images in the album, including the only known photograph of John Willis Menard, the first African American man elected to the U.S. Congress. Read more from Michael E. Ruane for the The Washington Post.