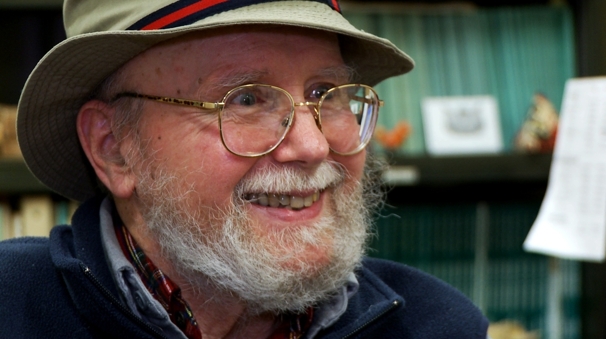 Richard Thorington Jr., 79, curator emeritus in the National Museum of Natural History’s mammals division, died Feb. 24 at a hospital in Bethesda, Md. The cause was complications from a bacterial blood infection, said his wife, Caroline Thorington.

Dr. Thorington, a Bethesda resident, was born in Philadelphia. He joined the Smithsonian Institution staff as curator of mammals in 1969 and took emeritus status in 2015. He was the author of “Squirrels: The Animal Answer Guide” and “Squirrels of the World,” as well as more than 50 scientific papers.

In the 1970s he was diagnosed as having Charcot-Marie-Tooth disease, a peripheral neuropathy disorder that by the 1990s had made him largely dependent on a wheelchair and an electric three-wheel scooter. He continued to work full time and described being a quadriplegic as “a nuisance,” his wife said.

Thorington conducted research in India and Southeast Asia and across North America, among other points on the globe. “As navigating rough terrain became more difficult,” he told the Torch in 2010, “I began to emphasize museum studies of systematics and anatomy, with more of an emphasis on squirrels.” Many of the observations and photography included in his book Squirrels were made right from Thorington’s own kitchen window. Among the images his wife, Caroline Thorington, provided for the book, is a photograph of the nocturnal Southern flying squirrel feeding at the Thoringtons’ kitchen-window bird feeder.

A world of research from a kitchen window

A memorial celebration is planned for June 1 at 3:00 p.m. in the Natural History Museum’s Baird Auditorium, followed by a reception in the museum’s Atrium café. Contact Katherine Thorington at katherine.thorington@gmail.com for more information.

A world of research from a kitchen window