A new exhibition tells the stories of immigrant entrepreneurs who turned opportunity into a lasting legacy of success.

The United States was in part shaped by the dreams and contributions of immigrants who sought a better life for themselves and their families. Thanks to the country’s diverse population, new and different ways of thinking have led to significant advances in several industries, such as business, medicine and technology.

From the very first settlers, to today’s newest arrivals, the story of immigration and migration in the U.S. offers a glimpse into the nation’s past, present and future. The Smithsonian’s National Museum of American History will tell this story in its upcoming permanent exhibition “Many Voices, One Nation,” opening June 28, in the newly renovated West Wing of the museum.

Serving as a companion display to the new exhibition, “Tracing American Journeys” shows the impact of the Immigration and Nationality Act of 1965, also known as the Hart-Celler Act, through 17 case studies of notable entrepreneurs through the lens of immigration and migration.

“The individuals featured came to the U.S. because of the Hart-Celler Act, which gave visa preference to reunited families and skilled workers. It opened immigration from Africa, Asia, the Middle East and Latin America,” explains Bill Yeingst, chair of the National Museum of American History’s Home and Community Life Division. Before this law, the U.S. immigration system was based on immigrant quotas based on nationality.

“Some came as refugees, others for education and some for business opportunities. They were driven by a desire to succeed and contribute to the country,” Yeingst says. “Many started a business or venture, and if it failed they started another, and another. They never gave up. Their stories are of entrepreneurship, yes, but also of perseverance and passion to succeed.” 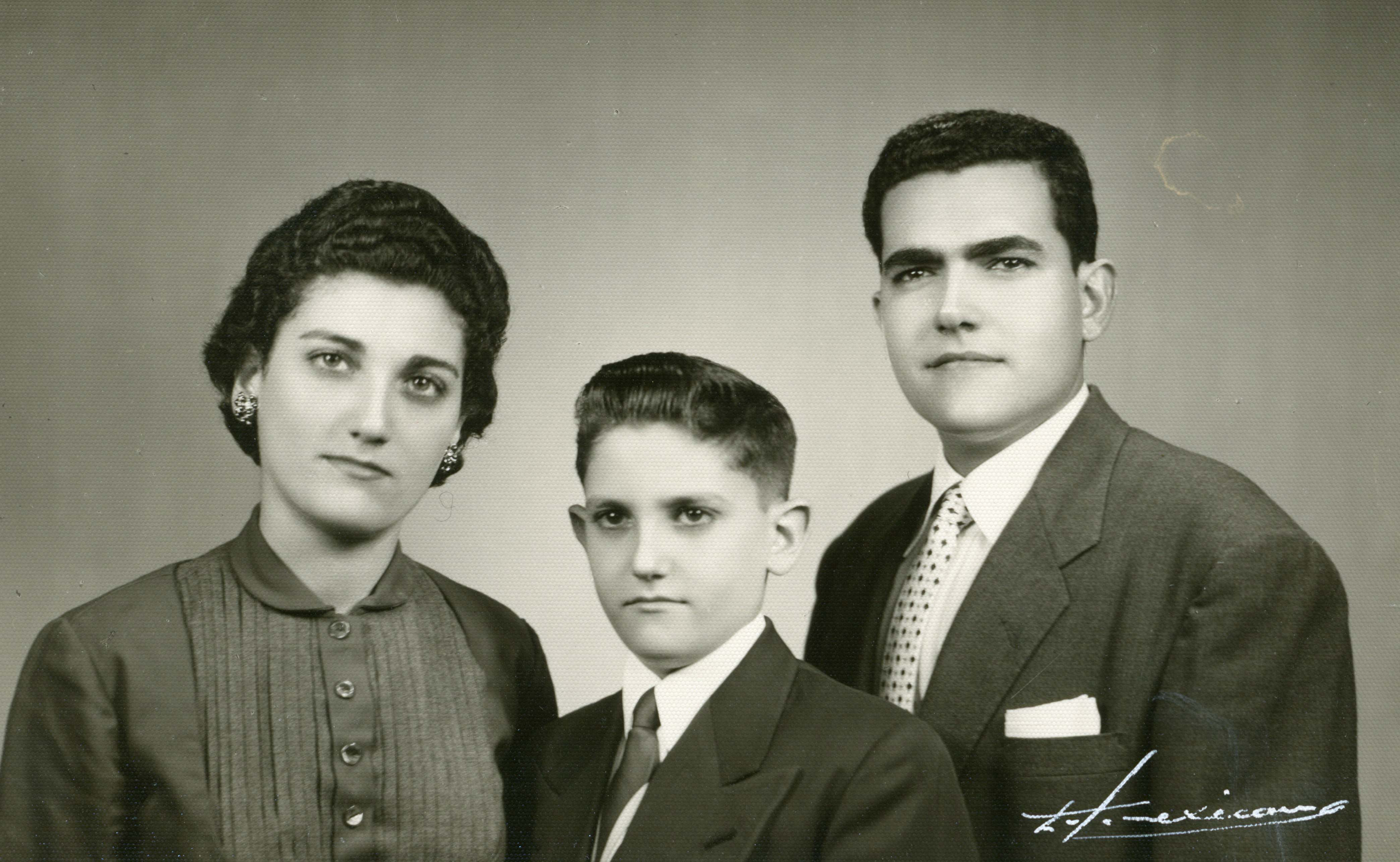 Miguel Bezos with his sister and brother in Cuba. Bezos is one of the individuals featured in “Tracing American Journeys” (photo courtesy of the National Museum of American History).

Some of the individuals featured came to the U.S. as refugees. Miguel Bezos (vice-president and co-founder, Bezos Family Foundation) was sent to America from Cuba as a child by his parents. Bezos was one of more than 12,000 unaccompanied Cuban minors that migrated to the U.S. between 1960 and 1962 as part of Operation Pedro Pan. 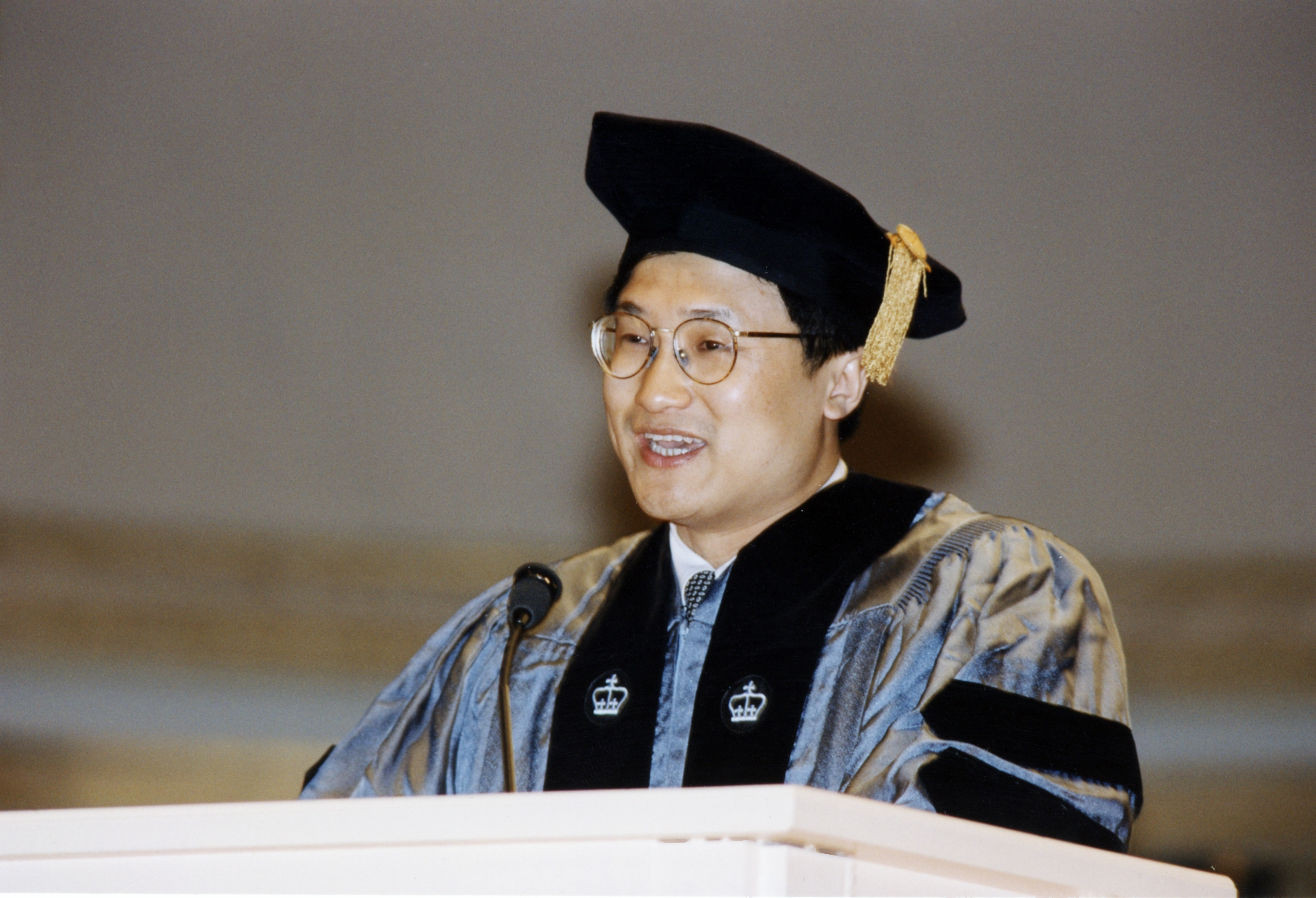 Another refugee, Li Lu (founder and chairman, Himalaya Capital Management), was a leader in the Tiananmen student protest in China. Lu fled after the June Fourth Massacre of 1989, when the Chinese government ordered the army to open fire on protesting students and citizens. Lu was placed on a most-wanted list and moved into hiding before fleeing to New York City at the age of 23. 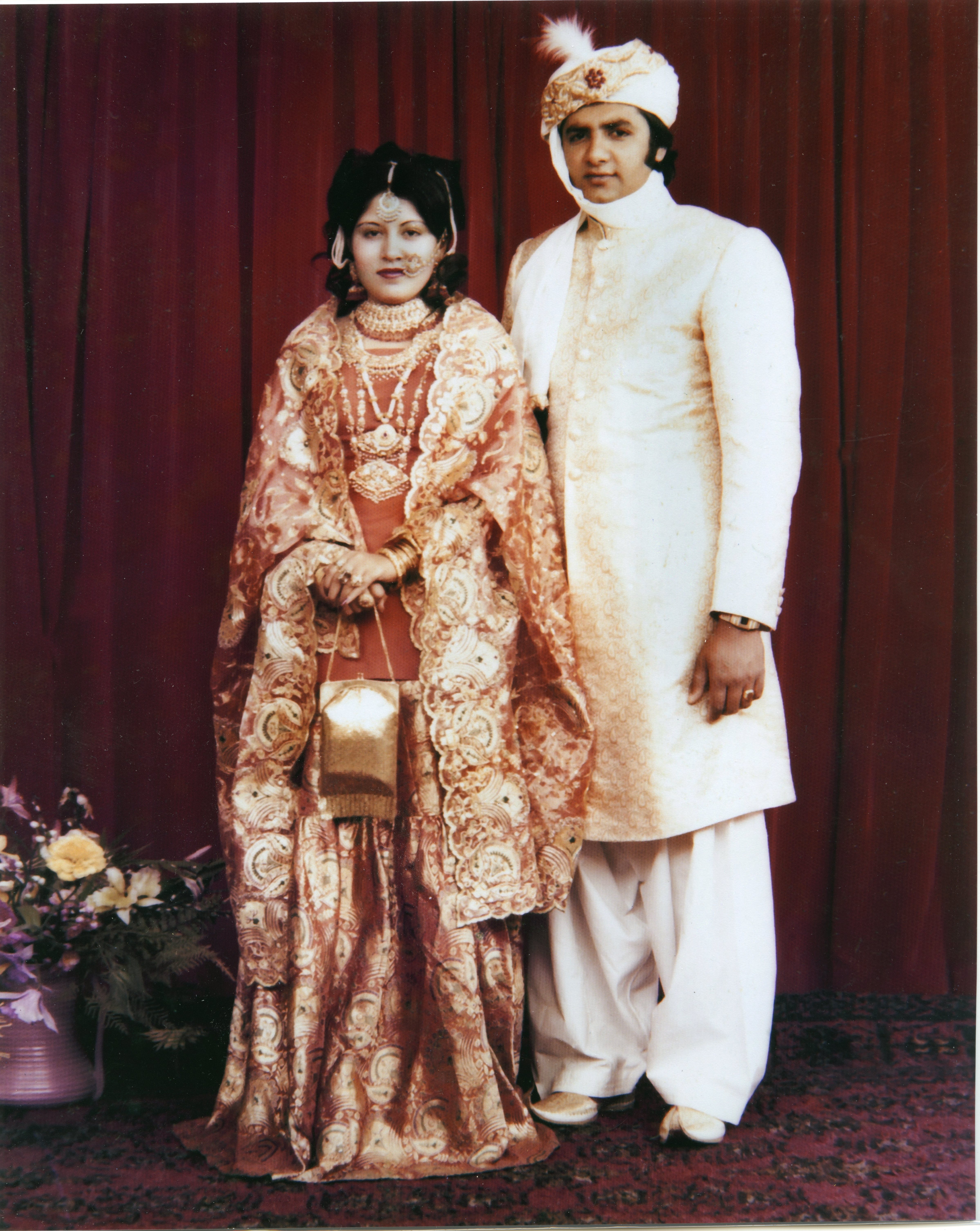 Rafat “Ray” and Shaista Mahmood’s wedding photo. The Mahmoods are two of the individuals featured in “Tracing American Journeys” (photo courtesy of the National Museum of American History).

Others came to America to find their way in a new country. Rafat “Ray” Mahmood (Mahmood Investment Corp.) came to the U.S. after graduating from college in Pakistan in search of new opportunities. He relocated to Washington, D.C. and bought a small gas station. The law allowed people who had invested a certain amount of money to apply for a green card, which Mahmood did. He briefly returned to Pakistan to marry his wife, Shaista, and the two returned to D.C.

“These stories help the museum present a more accurate and inclusive history of the United States,” Yeingst explains. “To be American is to be part of a culture that is shaped and reshaped by new people, new ideas and new challenges. The American people interact and negotiate our differences to build the nation.”

“Some of the objects found in the display represent the cultural heritage that immigrants brought with them on their journey to America, while others reflect how their lives developed in America,” Yeingst says. 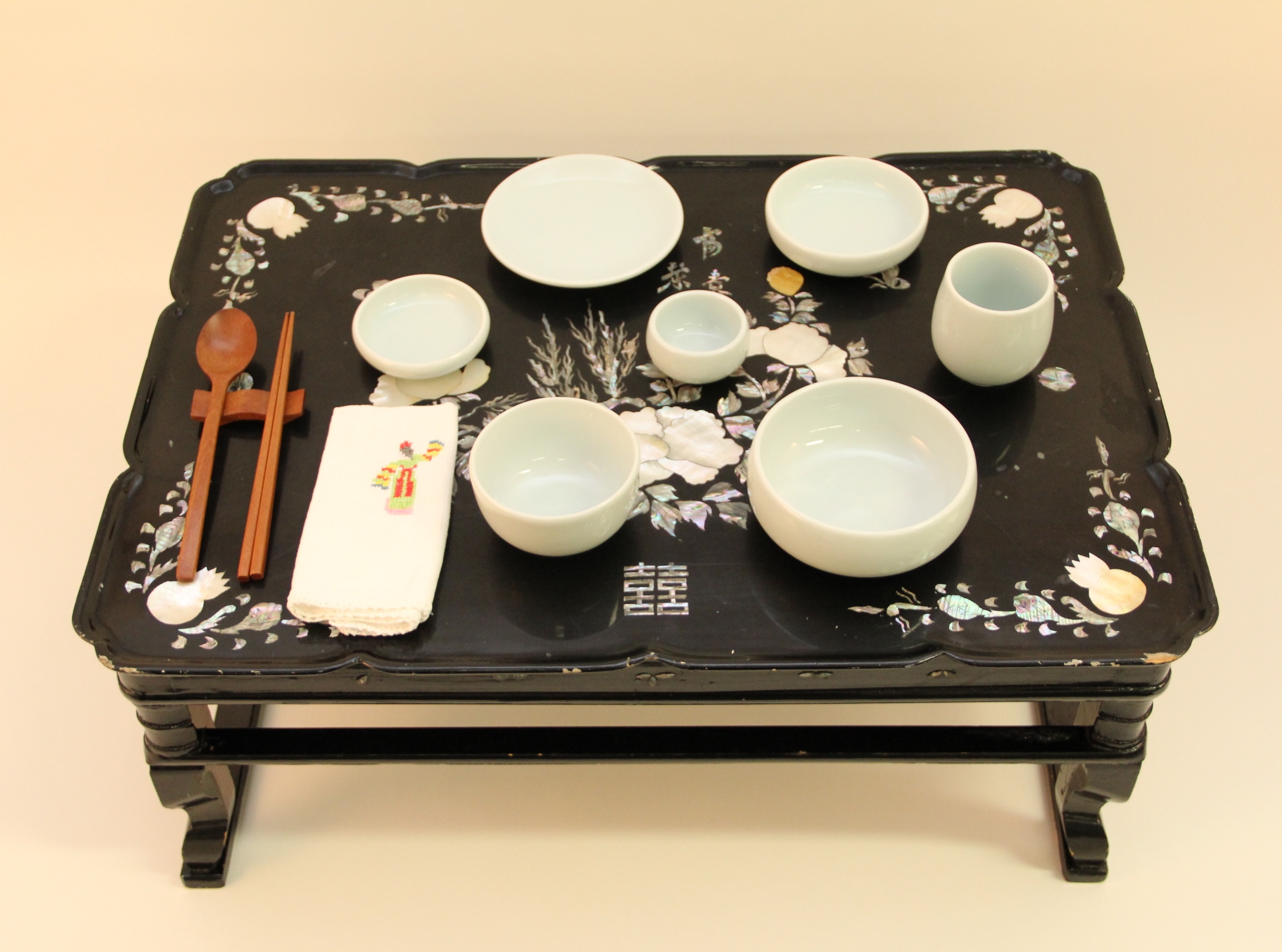 A traditional tray used by Bill and Mary Kim (chairman and CEO of Louis Raphael/Kizan International, Inc.) to serve Korean food. (Photo courtesy of the National Museum of American History).

One of the objects is a traditional tray used by Bill and Mary Kim (chairman and CEO of Louis Raphael/Kizan International, Inc.) to serve Korean food, as a way to keep ties to their rich Korean heritage. Another object is an early vial of Abraxane, a medication used to treat different forms of cancer, created by Patrick Soon-Shiong, MD, FACS (founder & CEO, NantWorks). 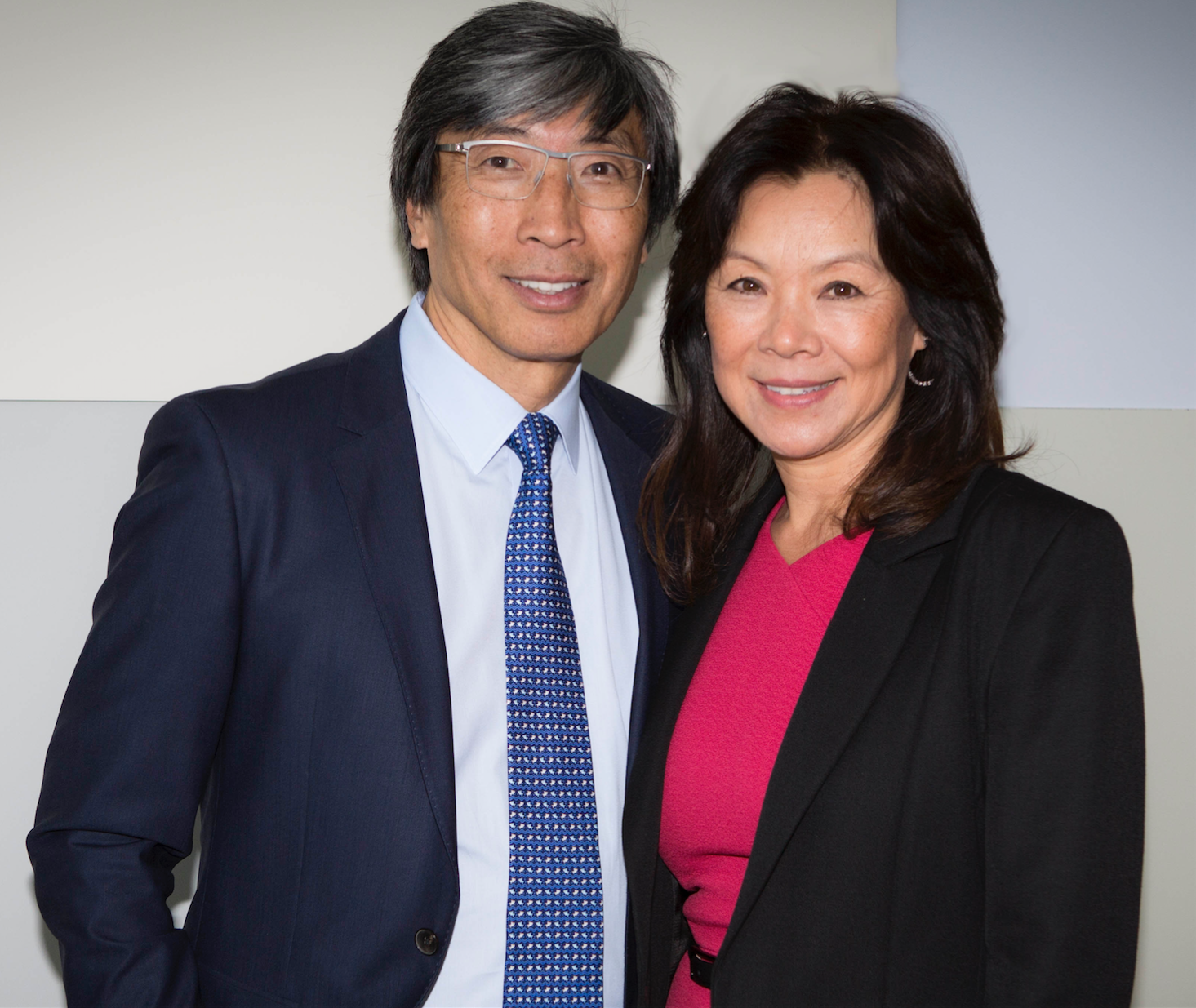 Patrick Soon-Shiong, MD, FACS, Founder & CEO of NantWorks and his wife, Michele B. Chan, President of NantStudio. Soon-Shiong and Chan are two of the individuals featured in “Tracing American Journeys” (photo courtesy of the National Museum of American History).

Other objects include a bible and a  menorah that belonged to Frits van Paasschen (former CEO, Starwood Inc.) and his family, reflecting their different religious beliefs.

“Objects have the ability to connect us to other people’s lives, practices and their beliefs,” Yeingst says. “Collecting oral histories and related objects, documents and photos and exhibiting them is an opportunity to tell a more accurate and inclusive story of the American experience.” 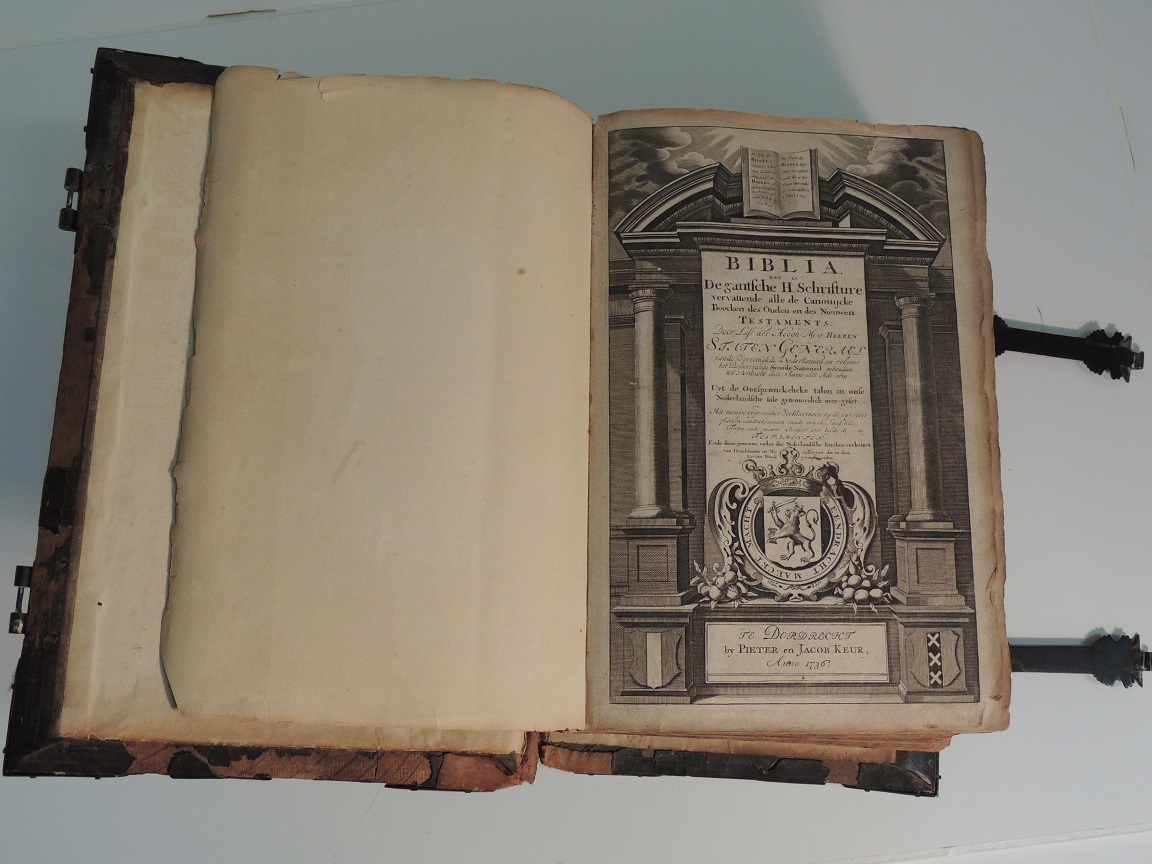 Help us tell the American story

Booze, smokes and a snappy fedora join other relics of American history

The famous, the familiar and the unexpected: “American Stories”