Home Science Air and Space Museum ICYMI: Highlights from the week that was July 30 – August 5, 2017

Doom may be impeding as some deny climate change and see omens in the solar eclipse, but NASA is too broke to send us all to Mars, so we spent this week enjoying some cool things right here on Earth—like narwhals!

At EPA museum, history might be in for a change 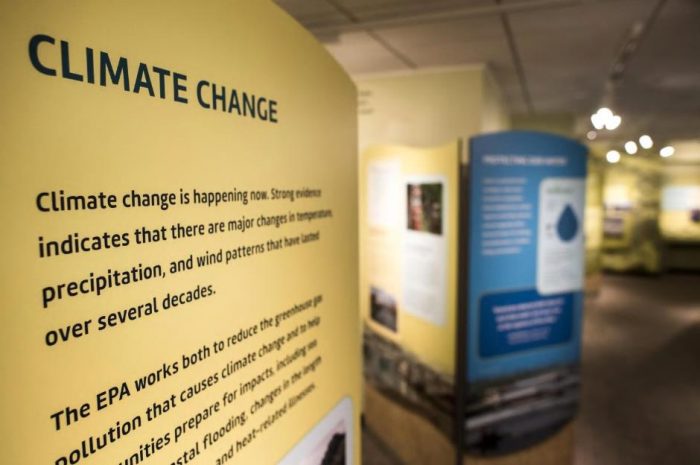 Scott Pruitt has repeated a particular line again and again since becoming the head of the Environmental Protection Agency.“The future ain’t what it used to be at the EPA,” he’s fond of saying.As it turns out, the past may not be what it once was, either.In an obscure corner of the Ronald Reagan International Trade Building, a debate is underway about how to tell the story of the EPA’s history and mission. Read more from Juliet Eilperin and Brady Dennis for the Washington Post. 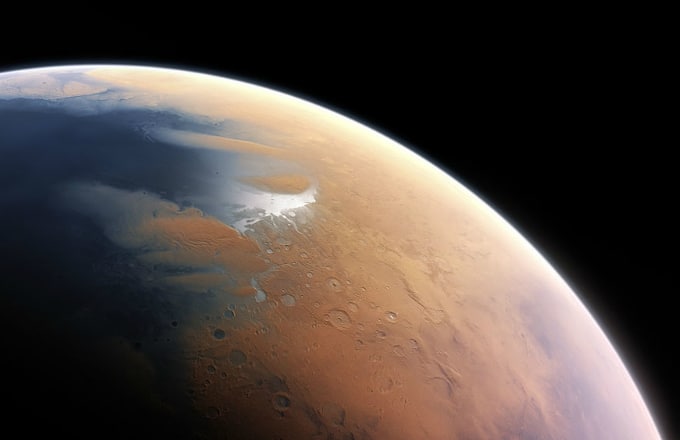 According to recent Congressional reports, NASA’s plan to send humans to Mars is going to cost a lot more money that previously thought. That is, if they can even find the money to bring back the rovers they have on the planet right now.

On July 15, NASA announced it was one step closer to achieving its Mars 2020 mission after passing a “major milestone,” according to Space News. The mission is set to send a rover to the red planet in mid-2020 for a February 2021 landing. “The Mars 2020 rover is the first step in a potential multi-mission campaign to return carefully selected and sealed samples of Martian rocks and soil to Earth,” said Geoff Yoder, NASA’s acting associate administrator for science, in a statement. Read more from Julia Pimentel for Complex. 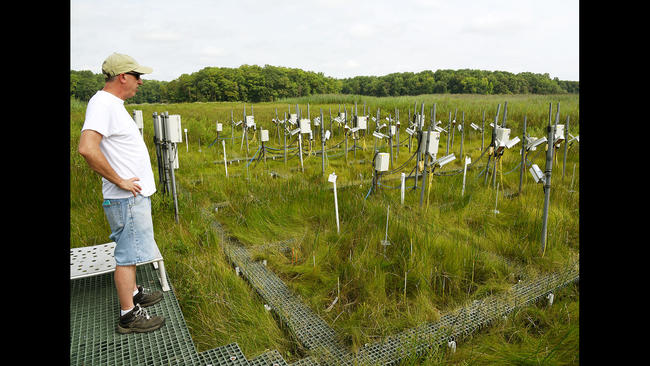 Senior Scientist and Director of the Global Change Research Wetland Pat Megonigal looks over an area of the wetland where they are using heat lamps and in ground warming coils to test the effects of global warming in the grasses. The Biogeochemistry Lab at the Smithsonian Environmental Research Center (SERC) is conducting their annual census of the Global Change Research Wetland this week, otherwise known as Marsh Madness with the help of volunteers. (Paul Gillespie for Capital Gazette)

The Biogeochemistry Lab at the Smithsonian Environmental Research Center (SERC) is conducting their annual census of the Global Change Research Wetland this week, otherwise known as Marsh Madness with the help of volunteers. See more from Paul W. Gillespie for the Capital Gazette.

Even In ‘The War To End All Wars,’ There Was Art Coming From The Trenches 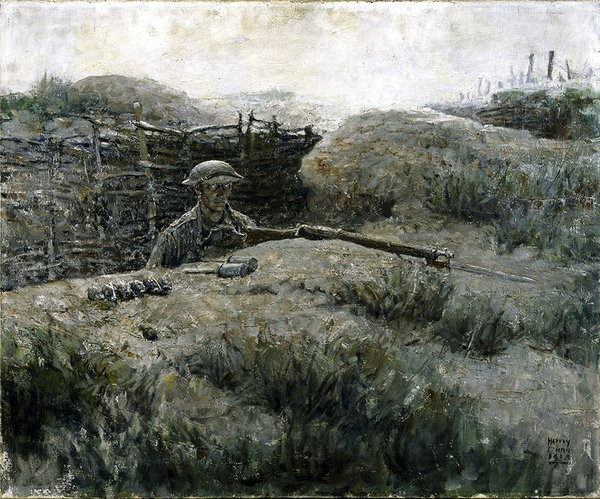 Harvey Dunn’s 1918 oil painting “The Sentry” shows a soldier coming up from the trenches. “You see in his eyes what would later become known as the thousand-yard stare,” says exhibit curator Peter Jakab. (Hugh Talman/National Museum of American History, Smithsonian Institution)

One hundred years ago, the U.S. entered the first global war — an ugly, dirty, agonizing conflict that cost millions of lives and changed the world. Now, the National Air and Space Museum in Washington, D.C., is observing the centennial with art and artifacts in an exhibition called Artist Soldiers.

The Americans didn’t arrive until three years into the war and fought for less than a year. They joined French, Russian, British and other troops fighting Germany, Austria-Hungary and the Ottoman Empire. World War I was the first “modern” industrial war with large numbers of tanks, heavy artillery and planes. Tragically, it was also a war of trenches. Read more from Susan Stamberg for “Morning Edition.” 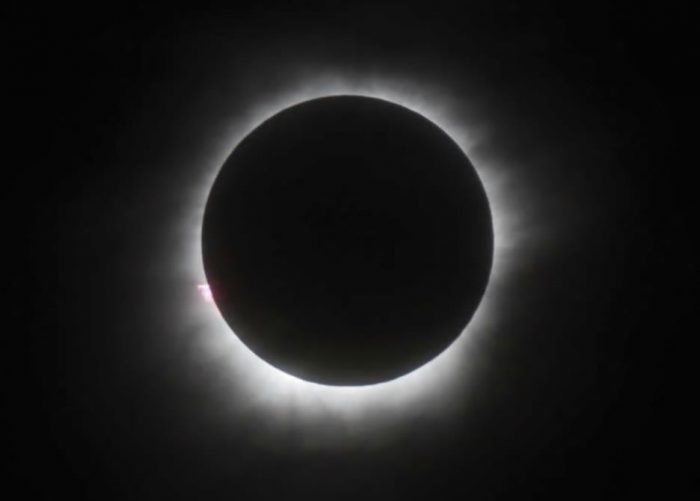 On Aug. 21, as millions of Americans prepare to watch a total solar eclipse from the ground — wearing their safety spectacles, natch — a small team of scientists will hop aboard a Gulfstream V jet in Tennessee. Time will be short. The plane, a research aircraft owned by the National Science Foundation, will race to intercept the path of the moon’s shadow and follow it as long as it can. The astrophysicists, once they’re above southern Kentucky, should have a four-minute window to record the ghost of the missing sun.

They won’t have another shot for years. The next solar eclipse to pass over the United States occurs in 2024. Read more from Ben Guarino for the Washington Post.

A researcher (right) totally looks like he got stabbed by a narwhal tusk. He didn’t. (Gretchen Freund/Narwhal Tusk Research)

The narwhal is the weirdo of the sea.

Related to dolphins, beluga whales and orcas, narwhals have bullet-shaped bodies that boast a unique feature: a spiraling ivory horn that protrudes straight out and is actually one of their teeth. That horn, in fact, once provided “proof” of a mythical animal. Viking hunters searching for walrus ivory — which fetched a high price in the 10th through 12th centuries — came upon narwhals and sent the horns south to medieval Europeans, who assumed they must be from unicorns. Read more from Kristen Page-Kirby for the Washington Post Express.

Get Your Game On At SAAM Arcade 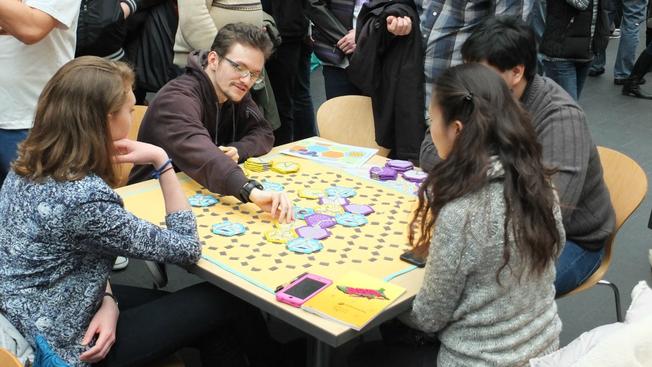 The SAAM Arcade kicks off Saturday, with nearly 40 games plus concerts and workshops. (Photo by Bruce Guthrie)

Toy with a cube built for toddlers, control a game by hugging a teddy bear and experience virtual reality at the SAAM Arcade, the Smithsonian American Art Museum’s third annual gaming showcase featuring video games by student and professional developers.

SAAM Arcade is one of the largest game festivals hosted by a national museum, said Lindsay Grace, director of American University’s Game Lab and a advisor to the SAAM Arcade. Read more from Courtney Rozen for NBC4.

How do the first Americans view the Great American eclipse?