Capt. Kirk beamed up, a witness to history passed on, we got into a sticky situation with some Neanderthals and learned that even ticks and head lice need love.

‘The Sweat of Their Face’: Portraits of the American Worker, Through the Centuries

To honor Labor Day, a look at the companion book to a major new National Portrait Gallery exhibit of the core value that drives the American dream. 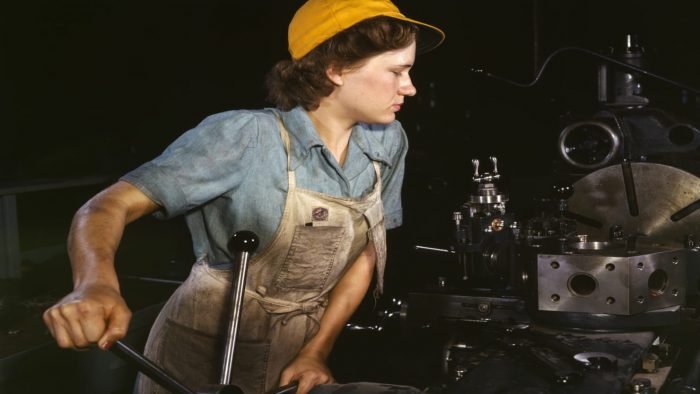 Work ethic is a core value of America. It is the fuel that propels the tenacity of the American dream. The Sweat of Their Face: Portraying American Workers, a book that accompanies a coming exhibition at the Smithsonian’s National Portrait Gallery in Washington, D.C., showcases a multifaceted collection of hardworking Americans that represent social history across centuries of art.

Artists such as Dorothea Lange, Winslow Homer, and Elizabeth Catlett depict the shifting landscape of America; from steel workers to child and slave laborers and miners. In addition, the National Portrait Gallery, which will open the exhibit on Nov. 3, analyzes working-class subjects as they appear in artworks by artists including Shauna Frischkorn, Lewis Hine, and others. Read more from Kelly Caminero for The Daily Beast.

Can Melania Trump Rise Above It All? 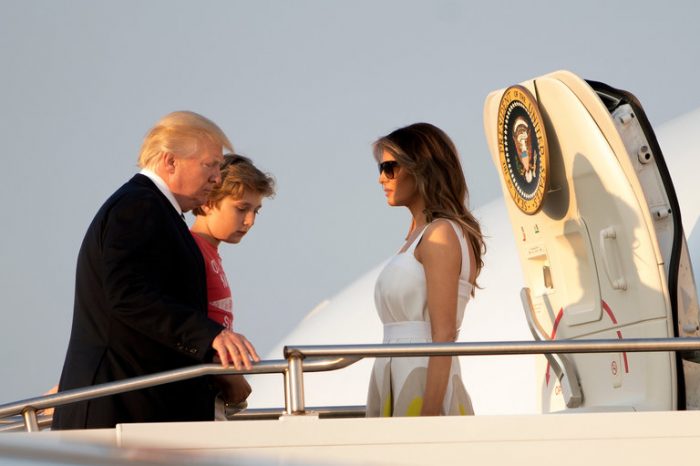 We are not going to dwell on Melania Trump’s flying to flood-ravaged Texas in stilettos, or sneakers, here. But nature abhors a vacuum, and the first lady’s fans and critics focus on her costumes in part because, so far, that’s about all they see of Melania Trump. In the back-to-work spirit of Labor Day, let’s reflect on Mrs. Trump’s plans as first lady now that she’s settled in the White House and Barron, her only child, heads back to school.

American first ladies occupy an unpaid job in the middle of a political minefield. “You’re reflecting not only on yourself and the administration; you’re in a way seen as representative of all women,” says Lisa Kathleen Graddy, curator of American political history and women’s political history at the Smithsonian’s National Museum of American History. Americans expect their first ladies to be “all things at all times: graceful, courteous, considerate, compassionate, diplomatic — but in an acceptable kind of way, not overblown, or hectoring. … There are no written rules. You find those lines only when you cross them.” Read more from Elizabeth Williamson for The New York Times. 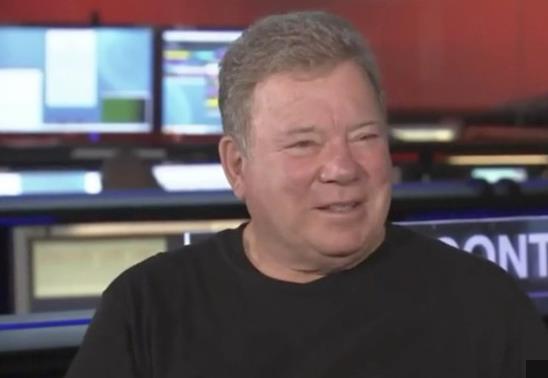 During a news conference on the mission from the Smithsonian Air and Space Museum in Washington, D.C., the action switched for a moment to NASA’s Jet Propulsion Lab in California, where Shatner joined the JPL staff to send the one message, out of 30,000 submitted, chosen by popular vote to transmit to the Voyager spacecraft more than 13 billion miles from Earth.

Shatner, famous for playing Captain Kirk in the original “Star Trek” series and movies, opened the envelope to read the message, which was originally submitted on Twitter by Oliver Jenkins: “We offer friendship across the stars. You are not alone.” While the message will not be stored in the same way as the probes’ famous Golden Record, it will be beamed toward the spacecraft along with its normal instructions and communications.[The Golden Record in Pictures: Voyager’s Message to Space Explained] Read more from Sarah Lewin from Space.com.

Simeon Wright, Witness to Abduction of Emmett Till, Dies at 74 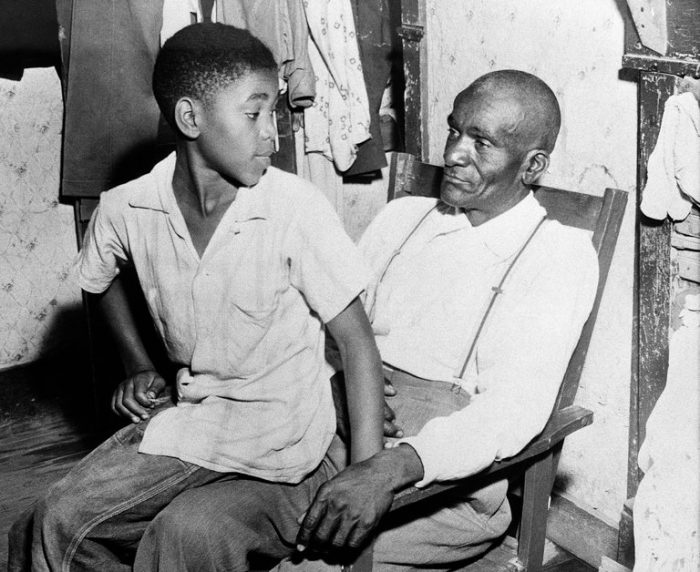 Simeon Wright, left, with his father Moses shortly after the murder of his cousin Emmett Till in 1955. Credit Associated Press

Simeon Wright picked cotton all day in his father’s field on Wednesday, Aug. 24, 1955, just as he had done every summer growing up in the Mississippi Delta. It was just too hot, though, for his 14-year-old citified cousin, Emmett Till.

After a few hours of harvesting, Emmett, lately arrived on vacation from Chicago, wearily retreated to the Wrights’ home on Dark Fear Road, just outside the cotton-milling hamlet of Money, Miss.

That night, the boys sought refreshment with relatives and friends, all black, at Bryant’s Grocery & Meat Market in Money. Inside, Emmett bought some bubble gum from the 21-year-old white woman, Carolyn Bryant, who ran the store with her husband. It was a fateful encounter. Read more of Simeon Wright’s obituary by Sam Roberts for The New York Times.

Former first lady Michelle Obama got the most support in a poll on which living American woman people would like to see on a banknote. (Advisa.se)

Mnuchin said his focus was on making sure the bills were more difficult to counterfeit, and there are no immediate plans to fulfill the previous administration’s intention of replacing President Andrew Jackson with abolitionist Harriet Tubman on the $20 banknote.

“Ultimately, we will be looking at this issue. It’s not something I’m focused on at the moment,” he told CNBC Thursday. Read more from Sofia Lotto Persio for Newsweek.

Flag that flew over Pentagon to be a part of the Native service recognition effort, expected to open in 2020 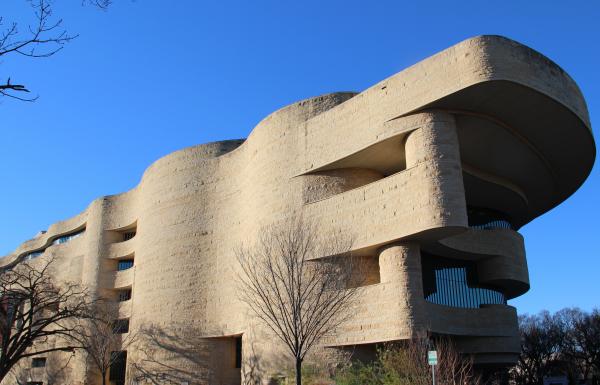 The Smithsonian’s National Museum of the American Indian has been charged by Congress with building a National Native American Veterans Memorial. (Photo by Vincent Schilling)

Native Americans have a long and proud history of service in the United States Armed Forces. Even before Indians were U.S. citizens, we fought in its wars, and since then, have participated in the Armed Services at a higher rate than any other ethnic group, even though our relationship with the United States can be somewhat conflicted. In spite of that, our service has long gone unmemorialized. But that is about to change.

According to Kevin Gover, the director of the National Museum of the American Indian (NMAI), by 2020, NMAI will host the National Native American Veterans Memorial—nearly 25 years after the Act of Congress that authorized it in 1994. Construction was delayed for a couple of reasons. One, the original legislation required the memorial be built inside the museum, and there was precious little space. Two, the National Congress of American Indians (NCAI) was appointed sole entity allowed to raise funds for it. Read more from Renae Ditmer for Indian Country Today.

Climate change could wipe out a third of parasite species, study finds

Parasites such as lice and fleas are crucial to ecosystems, scientists say, and extinctions could lead to unpredictable invasions 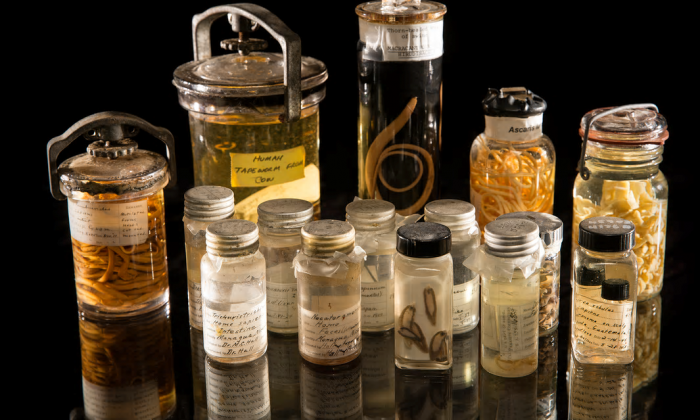 An assortment of specimens from the Smithsonian’s parasite collection. Photograph: Paul Fetters for the Smithsonian Institution/Courtesy of Science Advances

Climate change could wipe out a third of all parasite species on Earth, according to the most comprehensive analysis to date.

Tapeworms, roundworms, ticks, lice and fleas are feared for the diseases they cause or carry, but scientists warn that they also play a vital role in ecosystems. Major extinctions among parasites could lead to unpredictable invasions of surviving parasites into new areas, affecting wildlife and humans and making a “significant contribution” to the sixth mass extinction already under way on Earth. Read more from Damian Carrington for The Guardian.

The backlash over the sale continues 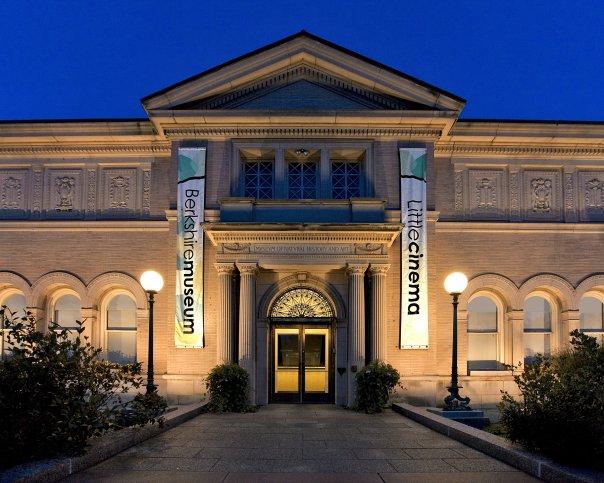 Faced with a very public dispute over its deaccessioning of 40 artworks to fund the maintenance and renovation of its building, the Berkshire Museum has severed ties with the Smithsonian Institution.

In July, the Berkshire Museum announced plans to consign works by the likes of Norman Rockwell, Frederic Church, Albert Bierstadt, and Alexander Calder to Sotheby’s. The auction is expected to raise at least $50 million to replenish the struggling institution’s coffers.

It has, however, provoked widespread criticism, with the American Alliance of Museums and the Association of Art Museum Directors releasing a joint statement opposing the sell-off: “One of the most fundamental and longstanding principles of the museum field is that a collection is held in the public trust and must not be treated as a disposable financial asset.” Read more from Henri Neuendorf for ArtNet.

A Portrait of the Curator as a Young Grebo Rocker

Mark Beasley, Curator of Performance and Media Art at the Hirshhorn Museum in Washington, D.C., has deep roots in his native UK’s alternative music scenes. How has he brought his onstage chops to bear on an exhibition about miscommunication? 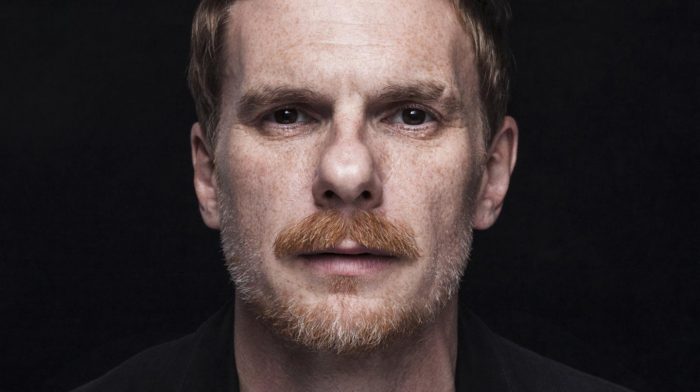 When was the last time you went to a museum to see something that didn’t sit still? Performance is a transformational medium in the history of modern and contemporary art, but institutions haven’t always recognized it with the same seriousness as painting and sculpture. Mark Beasley—former Birmingham Grebo rocker, veteran of New York’s Performa, and now Curator of Media and Performance at the Hirshhorn Museum and Sculpture Garden in Washington, D.C.—is fighting to change all that. In the second of GARAGE’s chats with innovative young curators, Evan Moffitt spoke to Beasley about his life in music and curating, and his plans for the US capital’s most important contemporary museum. Read Evan Moffit’s interview with Beasley for Garage.

Starting Fires to Unearth How Neanderthals Made Glue

Some 200,000 years ago, Neanderthals used tar to attach handles to tools and weapons. Archaeologists performed experiments to show how they could have made this adhesive. 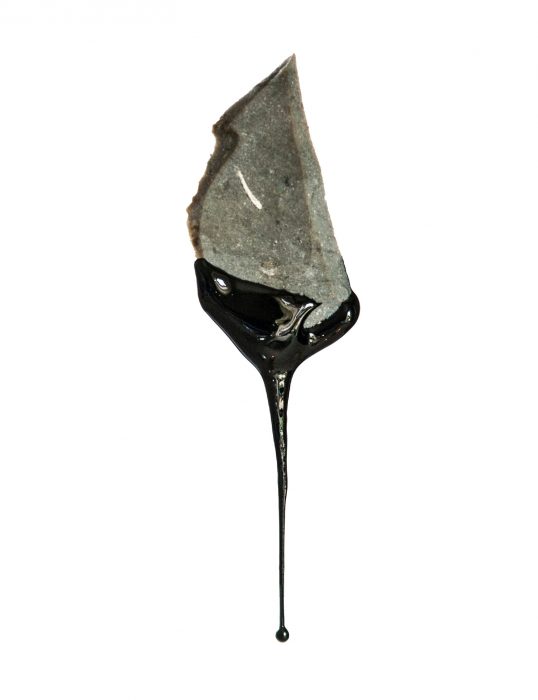 Researchers created tar in experiments to show how Neanderthals might have made adhesives. Credit Paul Kozowyk

Neanderthals seem stuck with unflattering reputations. The entire species of early human ancestors has long been reduced to a pejorative for describing someone who isn’t very bright, despite growing evidence of the sophistication of Homo neanderthalensis. And recent research suggests another overlooked mark of their ingenuity: they made the first glues in the form of tar.

Archaeologists first found tar-covered stones and black lumps at Neanderthal sites across Europe about two decades ago. The tar was distilled from the bark of birch trees some 200,000 years ago, and seemed to have been used for hafting, or attaching handles to stone tools and weapons. But scientists did not know how Neanderthals produced the dark, sticky substance, more than 100,000 years before Homo sapiens in Africa used tree resin and ocher adhesives. Read more from Nicholas St. Fleur for The New York Times.