Christopher Samuel Moore, who recently joined the Harvard-Smithsonian Center for Astrophysics in the Solar and Stellar X-ray Group, has been awarded the 2017 PhD Prize from the International Astronomical Union. 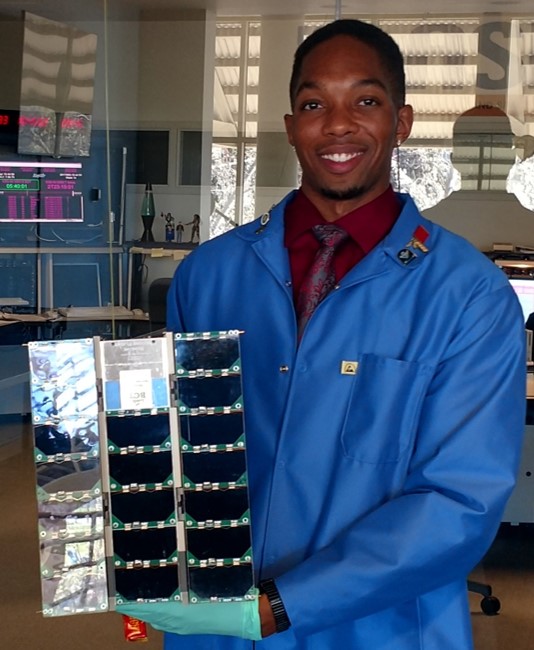 This prize, created in 2016, recognizes outstanding scientific achievement in astronomy around the world. Each of the nine divisions of the IAU selects one prizewinner in their respective fields, and one additional prize is awarded to a new PhD from a developing country. Dr. Moore was the recipient of the IAU’s division focusing on the Sun and heliosphere.

Dr. Moore was awarded his PhD from the University of Colorado, Boulder in December 2017. His thesis title is “Atomic Layer Deposition Reflective Coatings for future Astronomical Space Telescopes and the Solar Corona viewed through the MinXSS (Miniature X-ray Solar Spectrometer) CubeSats.” The IAU prize was awarded for the half of Chris’s thesis that involved his CubeSat work.

Dr. Moore described the CubeSat project as a team effort that involved several tens of graduate students as well as senior staff and faculty. The CubeSat used Silicon Drift Diode detectors observing over the range 0.5-12 keV. For the MinXSS, he was the Instrument Scientist and focused on instrument radiometric calibration and measuring spectral resolution, as well as many more calibration tasks and solar science analysis.

The IAU PhD prize provides a travel grant to the August 2018 IAU in Vienna (http://astronomy2018.univie.ac.at/) for Dr. Moore and an invitation to give a talk on his work.

Staying grounded while reaching the stars