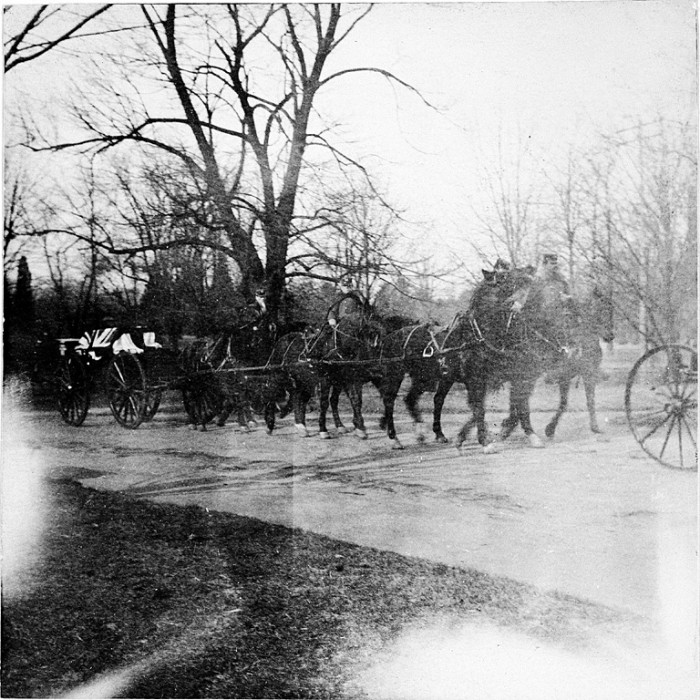 On January 25, 1904, a military procession brings the remains of James Smithson (c.1765-1829) whose bequest created the Smithsonian, to the Smithsonian Institution Building. His remains had been transported by Alexander Graham Bell, a member of the Board of Regents, from Genoa, Italy, after the Italian cemetery where Smithson was interred had fallen into neglect. Photo by E.L. Springer, published in Harper’s Weekly, Feb. 27, 1904