Home Collaboration Education & Outreach Calling all radio operators: Station NN3SI is back on the air

If you’re one of those who enjoys hamming it up, do we have an opportunity for you! (And no, it’s not an amateur production of “HAMilton.”)

Amateur or “ham” radio is a vibrant hobby that allows people of all occupations from all around the world to communicate with nothing more than radio waves. People use ham radio to talk across town, around the world, or even to the International Space Station and the moon, all without the Internet or cell phones. Ham radio is fun, social, educational, and can provide a critical communications capability during an emergency, and at the Smithsonian, it can make science and history come to life!

Radio amateurs were central to the development of wireless technology, including many things we use today. Amateur radio operators first pioneered most of the major inventions in communication. Radio hams are always trying to find better ways to communicate over the air, such as using computers to enhance the reception of weak radio signals, building better antennas, and exploring radio propagation. Since the 1930s, amateurs have supplied countless hours of public service, particularly in emergencies, filling in gaps when commercial communications fail or prove inadequate. For over a million hams around the world, amateur radio is a great hobby, with many different facets. Some enjoy learning where a truly weak radio beacon will be heard. Others like travelling to distant places to operate or just staying home and talking to those places. Still others enjoy the competition of seeing who can make the most contacts in the most places. 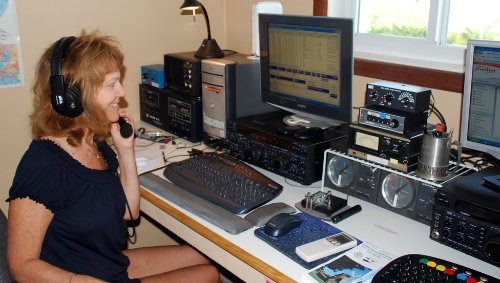 Amateur radio operators engage in a wide range of activities, and all learn a basic set of skills that are verified through a series of exams administered by the Federal Communications Commission. In decades past, these exams were exceedingly difficult and required traveling to an FCC field office to demonstrate skill in Morse code. Thankfully, today these tests are much easier and more accessible and with some study, you, too, can experience the freedom of worldwide communication without the need for a cell phone network or an Internet service provider. Once you are certified, you’ll receive your own call sign from the FCC. 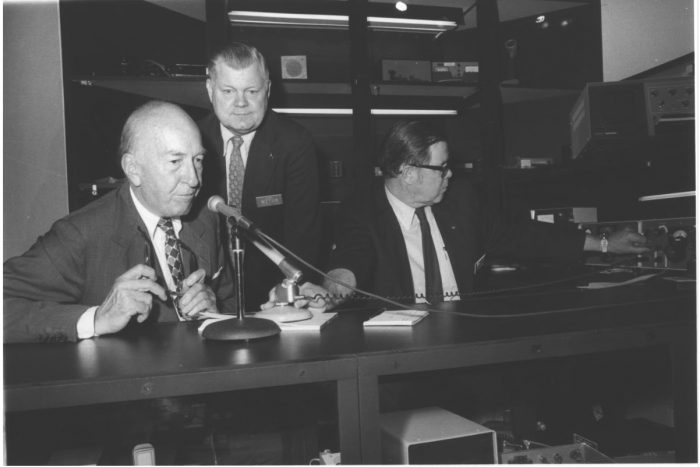 Here at Smithsonian, amateur radio found its home within the National Museum of American History. Station and radio club NN3SI was established at the height America’s bicentennial celebrations in 1976 as part of the Nation of Nations exhibition. A fully operational amateur radio station was set up inside the museum and the millions of patrons visiting NMAH could stop by to see a live demonstration of amateur radio in action. The FCC gave Smithsonian the special callsign NN3SI, Nation of Nations [US zone] Three Smithsonian Institution. The call sign was originally issued only for the duration of the exhibition, but the FCC made it permanent after the amateur radio station on the National Mall proved extremely popular. NN3SI was an important fixture of several exhibits, including Nation of Nations, Person to Person, and Information Age. 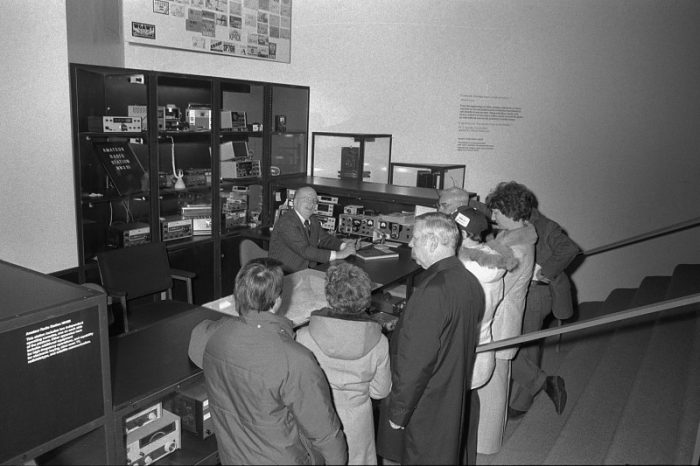 Members of the public who were licensed radio operators were invited to come and operate the station as guests. Hardcore radio enthusiasts would plan their vacation schedules to have an opportunity to operate NN3SI. Continually staffed by Smithsonian volunteers, an almost continuous stream of operators communicated with the public direct from the museum building to anywhere on the globe. These radio contacts were confirmed via QSL Cards that were mailed through the postal service. Originally intended to confirm contacts in the early days of radio, QSL cards later were collected like trophies to show proof of one’s radio successes. The Smithsonian exchanged QSL cards with thousands of stations around the world, and even issued special collectable QSL cards for different exhibits and events going on at Smithsonian. 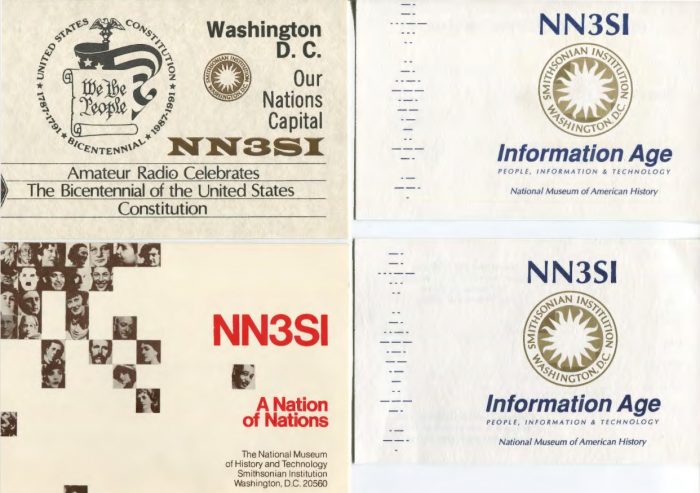 Due to the urgent need for building renovations and upgrades to the American History Museum in 2008, the amateur radio station NN3SI was taken offline and put into storage indefinitely. Attempts were made to find a space to continue the station, but without success. The last amateur radio transmissions made from the Smithsonian were concluded on July 31, 2008. The FCC station license lapsed and expired in 2013. The NN3SI antenna tower was removed from the NMAH roof as part of the renovation efforts.

Today, a full decade since operation ceased, new progress is underway to bring amateur radio back to Smithsonian. Amateur enthusiasts from the Office of the Chief information Officer have taken up the banner and started a successful correspondence with the FCC; on January 1, 2019, the NN3SI callsign was restored to full active status. The group is now registered with the FCC as the Smithsonian Amateur Radio Group. Anyone in the Smithsonian community can participate in the club and radio-related activities. Our first meeting is April affiliated with SI whether they are feds, trust, contractors, interns or volunteers can participate in planned future club meetings and radio related activities. Our first meeting is April 23, at 12:00 p.m. in the 4th floor West OCIO conference room at Capital Gallery. We hope to see you there!

For more information, please feel free to send an email to nn3si@si.edu

John Weise is a senior information technology specialist in Smithsonian’s Office of the Chief Information Officer. With OCIO since 2015, John is the engineer responsible for the overall configuration, security and management of your desktop and laptop devices. He has helped lead Smithsonian’s migration to Windows 10 and implements the newest technologies to improve the productivity of the Institution’s mobile workforce. Before Smithsonian, John served for five years in the United States Air Force.

The lasting legacy of good intentions and “bad paper”

On the road in Antarctica: The Secretary’s travel journal