In this interview with Steve Inskeep for NPR’s “Morning Edition,” Lonnie Bunch III describes his dedication to telling a fuller, rounder and more complex narrative of American history. 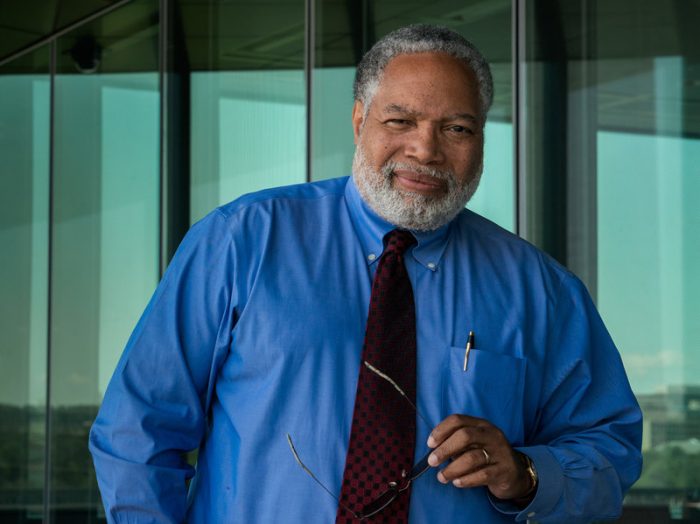 Lonnie Bunch, the first historian to lead the Smithsonian, says he aims to engage the general public in “wrestling with the shades of gray” and to “embrace ambiguity.”
(Shuran Huang/NPR)

Lonnie Bunch III’s interest in the past began with an incomplete story. His grandfather, a sharecropper-turned-dentist, would read history books to him, and Bunch would wonder why the pictures of black children contained little detail — why the captions simply read “unknown children” or “anonymous.”

The founding director of the National Museum of African American History and Culture, Bunch has dedicated his life to telling a fuller, rounder and more complex historical narrative. He’ll continue that mission in taking the reins of the entire Smithsonian Institution as its first African American secretary, overseeing 19 museums, 21 libraries and the National Zoo.

“It is crucially important for the Smithsonian to recognize it has an obligation to help America understand the fullness of itself, not just a portion of itself,” Bunch tells NPR’s Inskeep.

Listen to the complete interview:

Lonnie Bunch III is 14th Secretary of the Smithsonian