It’s always easy to find examples of human weakness—from the Opium Wars to the Oxycontin crisis—but it’s even more important to celebrate our moments of transcendence.

The Empresses of China’s Forbidden City Get a Splendorous Look

Within their historical context in an exhibition at Freer | Sackler, the empresses of China’s Qing Dynasty succeeded in making meaningful lives for themselves, and that is something to celebrate and admire. 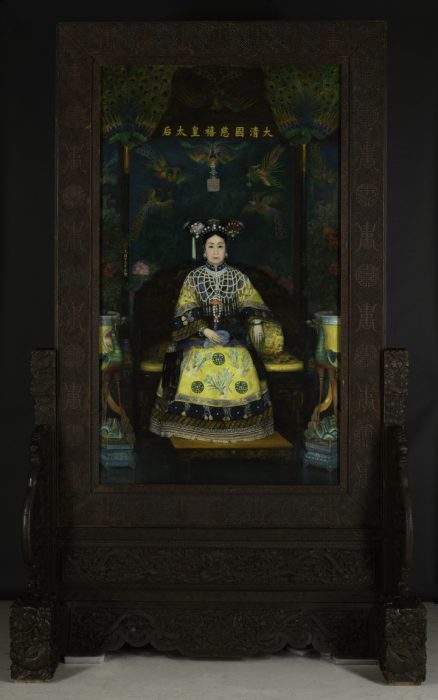 “The study of women in history is exciting, timely, and necessary,” asserts the catalogue introduction to the exhibition Empresses of China’s Forbidden City, 1644-1912, now on view at the Arthur M. Sackler Gallery in Washington, D.C. “From the outset of this project, our goal has been to reclaim the significance of Qing [Dynasty] empresses and to convey something of the texture of their lives.” Yet, with little recorded history about the imperial women and practically none of their own words, the exhibition relies on the exquisite objects that were made for, by, and about the women. Such material constraints naturally, and disappointingly, limit any interpretations of the individual women, but the curators exploited every available resource to the fullest extent, for which they should be commended. Empresses of China’s Forbidden City is groundbreaking in its subject matter and magnificent for the quality of its artworks. Read more from Hyperallergic. 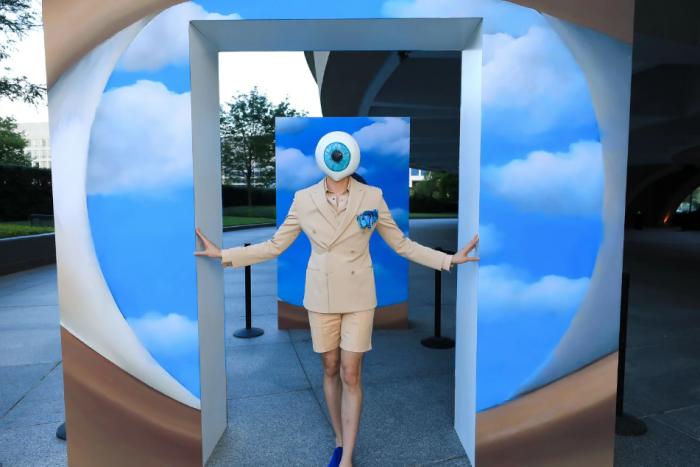 Washington went full Met Gala at the Hirshhorn on Saturday night. The museum’s first annual ball ushered in a new kind of party for this political town, where being normal was abnormal and showing skin was the name of the game.

There were no rules at the surrealist-themed bash. Partygoers sported everything from inflatable flamingo suits to behind-baring chaps, each look — well, lewk — more daring than the next. Some opted to play up the surrealist theme: More than one attendee paid homage to René Magritte’s famous painting “The Son of Man,” fastening apples to hang in front of their faces. A particularly crafty guest tripped everyone out with makeup that mirrored her face, but upside down. Those who showed up looking subpar could quickly get a needed dose of “extra” at the glam tent from a makeup or nail artist. Read more from the Washington Post.

Internationally known Nigerian designer Patience Toleri displays her latest dress designs for us in the studio. One of Toleri’s dresses, “The Esther Dress” recently earned a permanent spot in the Smithsonian National Museum of African Art. Toleri is the first African designer to have a dress displayed permanently in one of the Smithsonian Museums. Watch the full story. 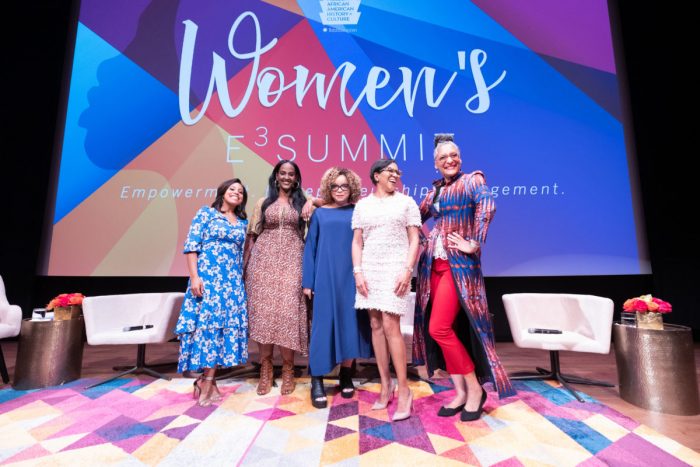 Last year, during the inaugural Women’s E3 Summit at the National Museum of African American History & Culture (NMAAHC), Oprah Winfrey strode onstage and channeled the famous 1851 speech of abolitionist Sojourner Truth. Passionately preaching and punctuating her keynote address with the searing words “Ain’t I a woman,” Winfrey paid homage to the history of Black women in America—our power, our pain and our purpose.

This year the Smithsonian museum once again drew celebrities, newsmakers and women from around the country for its second annual summit celebrating Black womanhood. Some 300 attendees—from college students to elders—gathered on June 13 for a networking breakfast and conversations centered on the E3 themes of empowerment, entrepreneurship and engagement. Read more from Essence.

This Juneteenth, Check Out These Powerful Images from the NMAAHC Collection

Some of the most compelling items in the museum’s Slavery and Freedom collection.

Today’s Juneteenth celebration marks 154 years since the end of slavery in the United States after Union soldiers arrived in Galveston Bay, Texas and declared the Civil War over and slaves freed. While Juneteenth has never been recognized as an official national holiday, DC and 45 states celebrate it locally. And this year, the House Judiciary Committee is holding a hearing on reparations for black Americans for the first time in more than a decade as the subject takes on growing importance for the 2020 election.

The National Museum of African American History and Culture is home to many of the most significant objects marking emancipation and its legacy. Here are some of the most compelling items in the museum’s Slavery and Freedom collection: Read more from Washingtonian. 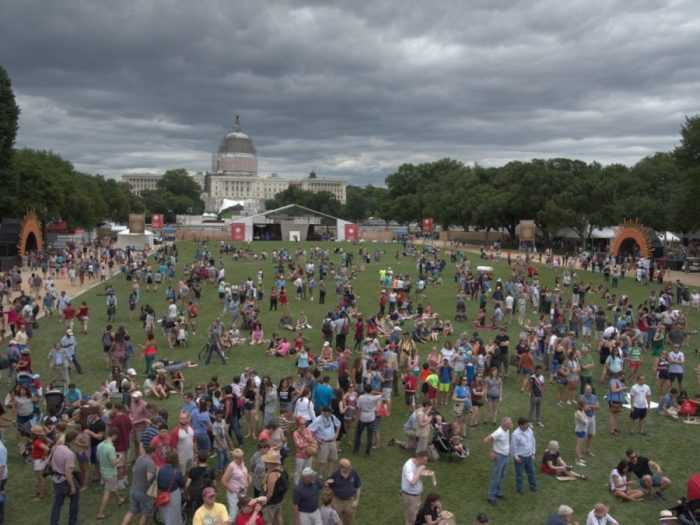 This year’s festival will consider the District’s sonic past, present, and future.
Evan McGurrin / Smithsonian Institution

Each year, the Smithsonian Folklife Festival brings performers, storytellers, artists, and chefs from around the world to the National Mall, filling its grassy expanse with a massive ensemble of international flavors, sounds, art, and culture.

This year’s festival is a bit different: Not only will the festival be compressed into two days instead of the usual 10, but it’s also shifted its focus a bit closer to home—the city’s local music scene. Read more from DCist.

The Air and Space Museum has a special exhibit to commemorate the 50th anniversary of mankind first setting foot on the moon. News4’s Aimee Cho reports you can see Neil Armstrong’s spacesuit in the exhibit. Watch the full report.

How did NASA put men on the moon? One harrowing step at a time.

The space agency had vision, genius and dash, but a strategy of incremental progress won the race. 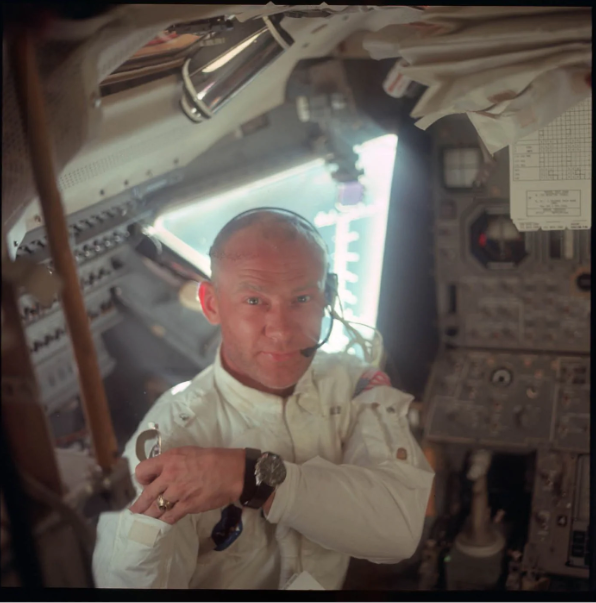 — Remarks prepared for President Richard M. Nixon, in a memo from White House speechwriter William Safire, July 18, 1969, under the heading “IN EVENT OF MOON DISASTER.”

Spoiler alert: They lived! Read more from the Washington Post.

The 14th secretary of the Smithsonian, Lonnie G. Bunch III, on his new job, the value of pandas and how to make the past personal 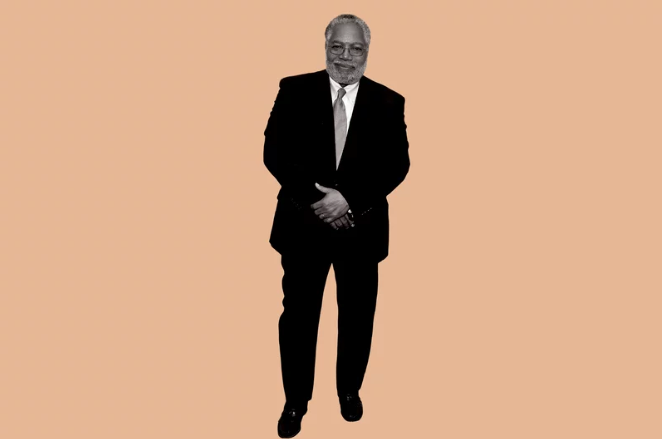 ” We want to help people wrestle with the shades of gray,” says Lonnie G. Bunch III, the 14th Secretary of the Smithsonian. (Getty Images)

You’ve said you can tell a lot about a place by what it deems worth preserving. What does the Smithsonian say about America?

When I started in ’89 at [the National Museum of] American History, the collections reflected a 1950s interpretation of America–great men or women. Over the past 30 years, the Smithsonian has made strides to making sure the story it tells is reflective not just of the diversity but of the issues that have shaped America. I think the Smithsonian is doing a good job at helping us understand what it means to be an American. Read the entire interview.

In between those jobs, Bunch was tapped to create the Smithsonian National Museum of African American History and Culture. It was a 10-year endeavor to build the museum from scratch, a job that included collecting and curating 40,000 items from around the country. He even ran an “Antiques Roadshow”-style events in 15 cities to get people to donate their family treasures. See the full report.

This week, the Smithsonian Institution (SI) ushered in a new secretary making museum history. Lonnie G. Bunch III took his position with the SI on June 16thbecoming the Institution’s 14th secretary and first African American to lead the SI’s 19 museums, 21 libraries, and the National Zoo on a day-to-day basis. He also stands as the first museum director in 74 years to climb directly to the position of secretary with the SI. Read more from Art Critique. 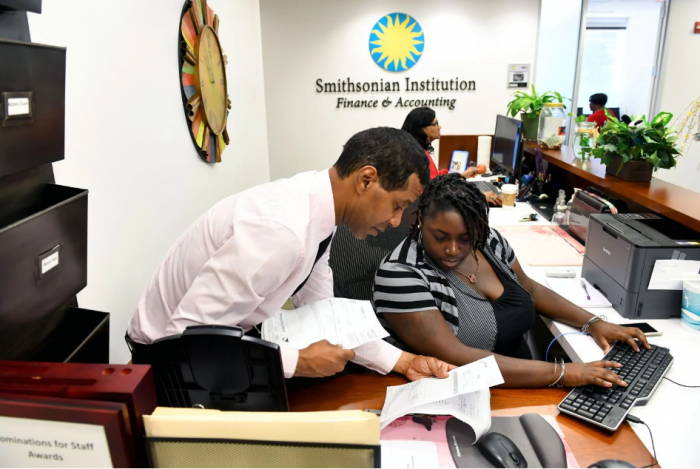 As a child, Mionna Smith’s dream was to work with animals when she grew up. Today, the 19-year-old from Fort Stanton in southeast Washington has an administrative role at the Smithsonian Institution’s office of finance and accounting, sorting mail, restocking supply caddies and scanning invoices — no furry creatures in sight.

“I didn’t want to be in an office job,” she said. And yet, when she found out in April that the Smithsonian was offering her a role as an office automation clerk, she was so happy she doubled over with joy at her desk. Her mother, thrilled, cried when Mionna shared the news with her. Read more from the Washington Post. 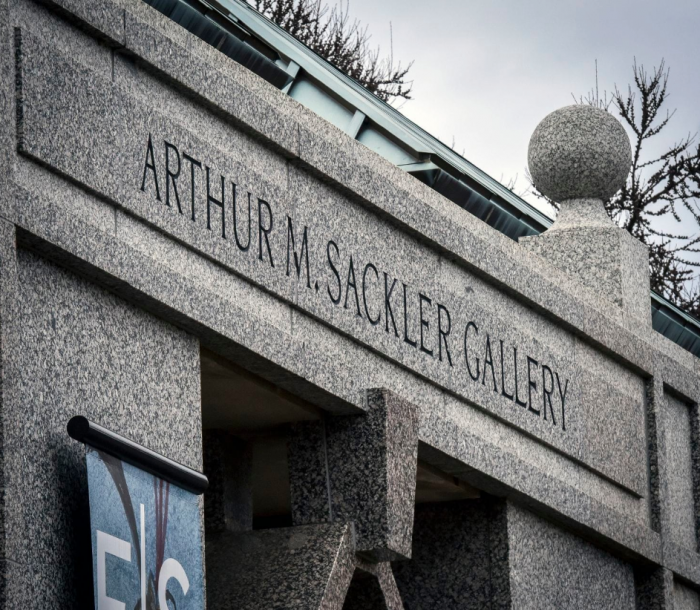 Adding fuel to the growing outrage over the Sackler family’s role in the opioid crisis, a senator wants the Smithsonian to remove the Sackler name from its Asian art museum, saying the family behind the drug company that produces OxyContin “has no place in tax­payer-funded public institutions.”

Sen. Jeff Merkley (D-Ore.) sent a letter Wednesday to the new Smithsonian secretary, Lonnie Bunch, requesting that the institution remove the Sackler name from the Arthur M. Sackler Gallery of Art. The move comes in the wake of thousands of lawsuits that claim members of the Sackler family were personally involved in deceptive marketing practices at the family-owned pharmaceutical company, Purdue Pharma. Read more from the Washington Post.