It was a busy week in Smithsonian news with lots to celebrate. But this is Washington, after all, so there were plenty of complaints, too. 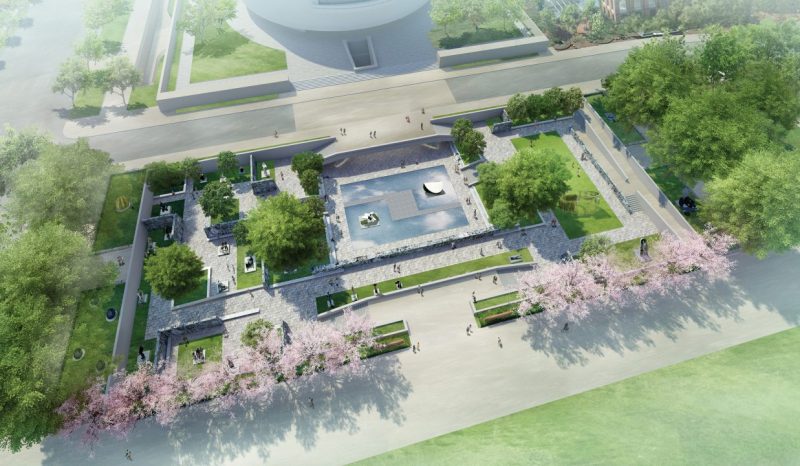 The concept, designed by architect and artist Hiroshi Sugimoto, has been approved by the National Capital Planning Commission (NCPC).

This follows last month’s support of the Hirshhorn’s plans from the Commission of Fine Arts (CFA). The museum will now prepare to move the project into the design development phase.

“The plans we have developed with artist and architect Hiroshi Sugimoto are the result of a thoughtful process over the last two years, involving input from dozens of important stakeholders,” said Melissa Chiu, Hirshhorn Director. Read more from BlooLoop.

It was while listening to public radio during an evening commute in June 2018 that James Currie first learned the Smithsonian Institution’s National Museum of the American Indian (NMAI) had selected a finalist to design a new Native American Veterans Memorial.

Scientists at the Smithsonian’s National Zoo say a female Asian Water Dragon reproduced without a male — the first confirmed case for its species. Listen to the report from NPR.

The Smithsonian’s new dinosaur hall is a marvel. But its ties to David Koch are a problem. (Opinion) 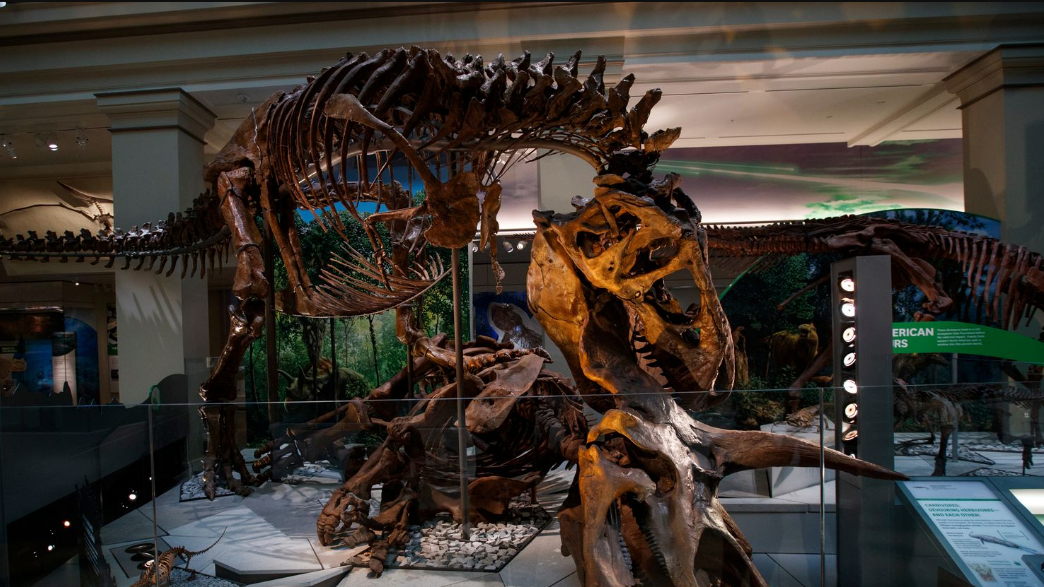 A Tyrannosaurus rex skeleton biting a Triceratops is on display at the Smithsonian’s National Museum of Natural History’s “David H. Koch Hall of Fossils — Deep Time” during a media preview in Washington on Tuesday. (Carolyn Kaster/AP)

The Smithsonian’s National Museum of Natural History has opened its new fossil hall, and the results are spectacular. By embedding extinct organisms within their ecological context, the exhibit provides visitors with a vivid sense of the way life has been forced to adapt to changes in global climate, a process that sometimes involved mass extinction.

But there is also an incredible incongruity at the heart of this project: an exhibit illustrating the monumental effects of global warming bears the name of a man who has dedicated himself to undermining the scientific consensus on climate change. Read more from The Washington Post. 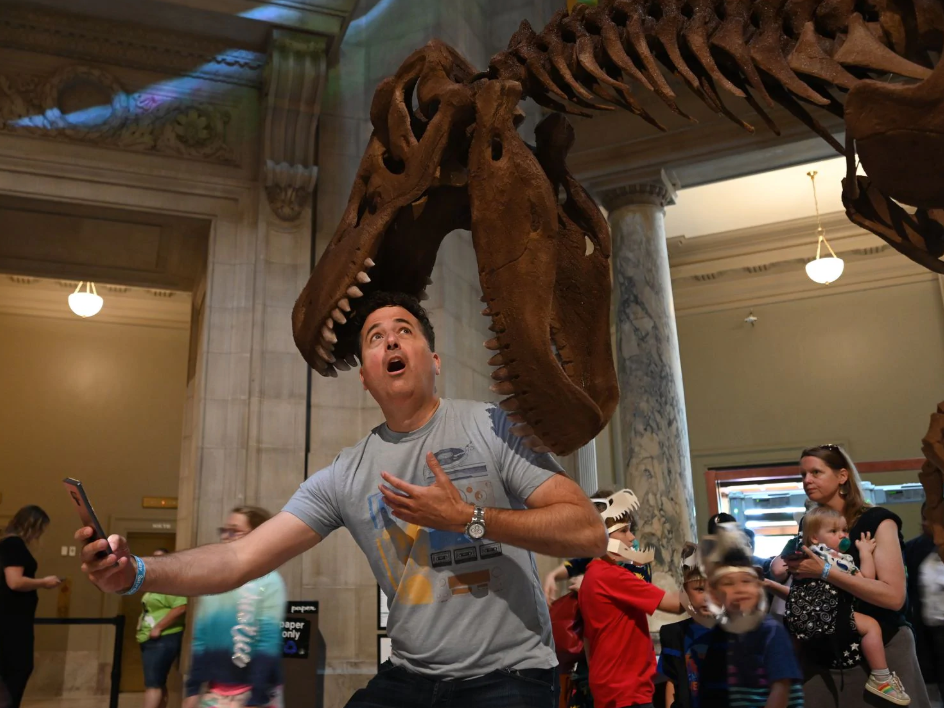 When the gigantic, jungle-patterned curtain was pulled away Saturday morning, letting a herd of dinosaur junkies into the refurbished fossil hall at the Smithsonian National Museum of Natural History, Colin Stancil was at the very front.

With a white, toothy dinosaur mask on his head and a pink T-shirt plastered with green dinosaurs on his body, the 17-year-old had the revved-up vibe of someone stranded in the desert with water in sight.

He learned to read at age 3 by memorizing dinosaur names. Can spell parasaurolophus without pausing. Is entering college in the fall to study paleontology. And after coming to the hall every month as a kid, and having that dino spigot shut off five long years ago, Stancil was ecstatic as the curtain was pulled away late morning. Read more from The Washington Post.

An Art Barge, Virtual Reality Poetry, A Local Fair, And More To Expect At This Year’s By The People Festival 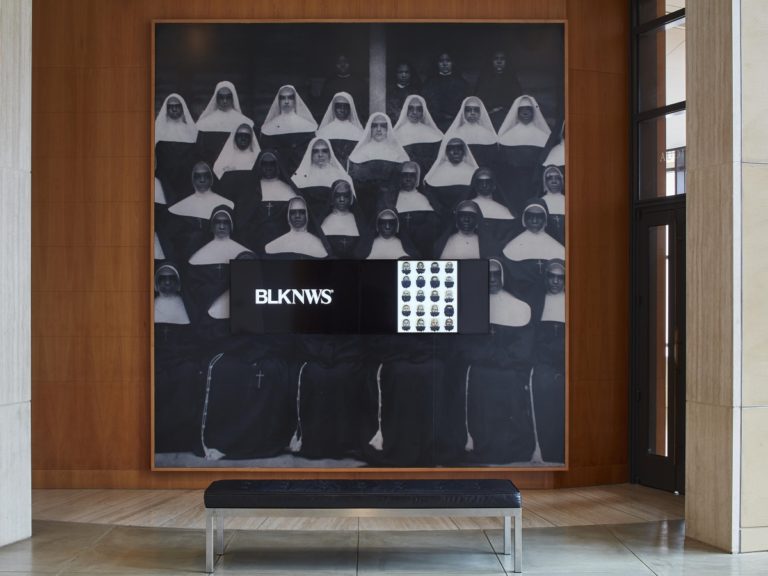 The multimedia installation “BLKNWS” will be on view at Mason’s Barbershop on H Street, as well as Union Market and Eaton DC. (Kahlil Joseph)

For the next two weeks, a onetime Jonathan Adler outpost is being repurposed as a gallery for the work of 51 local artists—including an angular fountain, a Rembrandt-esque portrait of father and son, and a rather meta painting of Homer Simpson eyeing a rendering of donuts.

The collection of about 150 works comprises the inaugural By the People x Monochrome Art Fair, a new addition to the international celebration of art and intellect that is By the People. Open to the public through June 23, the art fair offers locals and visitors alike a chance to view and purchase the work of D.C.-area artists of all ages and stages in their career.

“By the People gets so many art lovers into the DMV, and they’re here to experience beautiful works by internationally renowned artists,” says Nina O’Neil, curator of the art fair and founder of art consultation service Monochrome Collective. “The artists in the area are creating beautiful things too—let’s celebrate that as well.” Read more from DCist.

I gave the University of Alabama $26.5 million. They gave it back when I spoke out about abortion. (Opinion)

Hugh F. Culverhouse Jr. is an alternative and real estate investor and lawyer who resides in Miami.

I am proud to have been born and raised in Alabama. My family’s roots run deep in the state and, for decades, we have been honored to celebrate that heritage by supporting the University of Alabama. It’s where my father learned to practice law, which gave him the tools to succeed in America along with a strong understanding of right and wrong. Over the past 30 years, we have chosen to repay that debt and make use of our good fortune by supporting the university financially. I’ve long believed that the school served the public good by training the next generation of leaders and, last year, I made the decision to donate $26.5 million so that those leaders could flourish just as my family has. Read more from The Washington Post.

After the University of Alabama returns more than $21 million, officials release internal emails saying decision was not about abortion but academic integrity 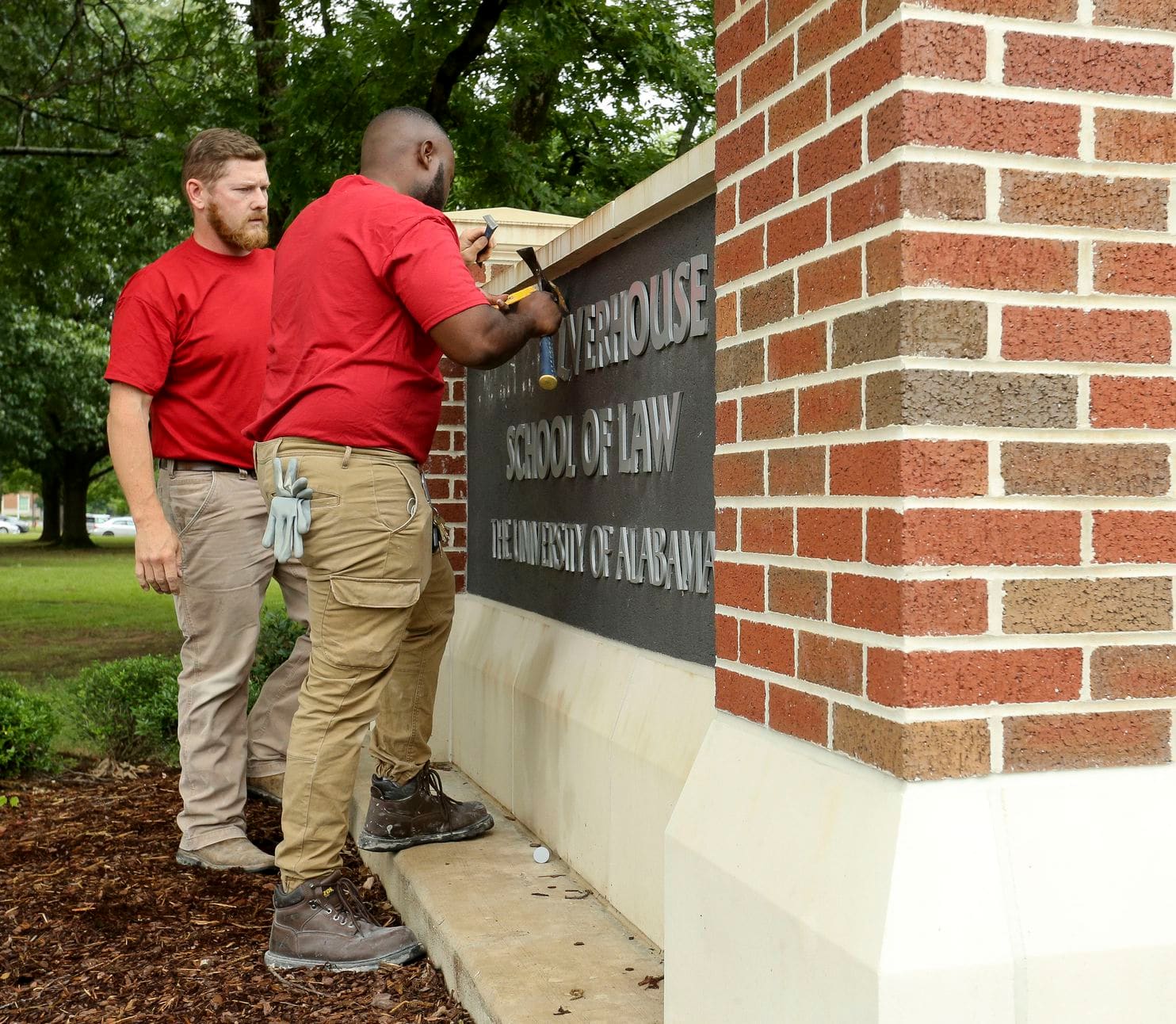 Two days after University of Alabama System leaders returned more than $21 million to a major donor — in a dispute philanthropist Hugh F. Culverhouse Jr. said followed his outspokenness about a polarizing abortion ban in the state — school officials released documents they said proved their contention that the decision was about defending academic integrity.

The decision to return the money and rename the law school was made before Culverhouse’s public call for a boycott of the school over the abortion issue, school officials maintain.Read more from the Washington Post.

The American artist’s only extant interior, perhaps the most iconic example of British Aestheticism, is a star attraction at the Freer Gallery in Washington , D.C.

For the first time in more than a century, James McNeill Whistler’s Peacock Room can be seen as the artist originally intended it, now that the Smithsonian’s Freer Gallery of Art has restored the iconic installation to its original splendor. 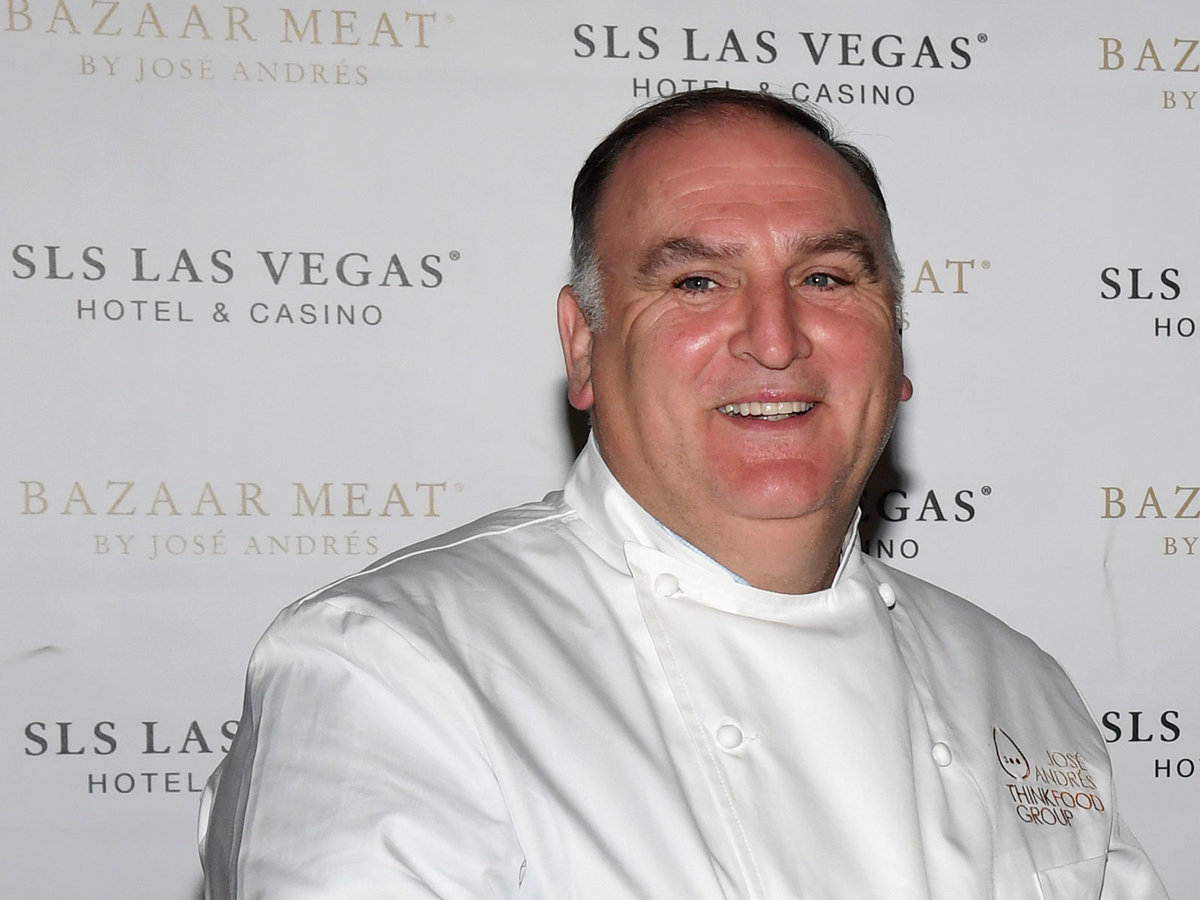 LAS VEGAS, NEVADA – APRIL 26: Chef Jose Andres smiles during a reception where he was presented with a ceremonial key to the Las Vegas Strip to recognize his contributions to the Las Vegas culinary scene as well as for his philanthropic and humanitarian efforts at his restaurant, Bazaar Meat by Jose Andres, at SLS Las Vegas Hotel on April 26, 2019 in Las Vegas, Nevada. Andres, the founder of the nonprofit organization World Central Kitchen, was nominated for the Nobel Peace Prize by U.S. Rep. John Delaney (D-MD) for his efforts in feeding victims after natural disasters including wildfires, floods and in particular, in the aftermath of Hurricane Maria in Puerto Rico. (Photo by Ethan Miller/Getty Images)

In the past few years, José Andrés has gained a lot of traction in the award circuit. In 2018, the chef, author, and humanitarian earned the James Beard “Humanitarian of the Year Award” for his advocacy on food and hunger issues—especially with his non-profit organization, World Central Kitchen, which activates relief kitchens all over the world to feed people in times of crisis and natural disaster. Later that year, news broke that he had also received a nomination for the 2019 Nobel Peace Prize, which will be announced this October. And the momentum keeps going—on Tuesday morning, the Julia Child Foundation for Gastronomy and Culinary Arts announced that Andrés will receive the fifth annual Julia Child Award.

“For me to win this award, it is such an honor. Her influence is everywhere,” Andrés said in a statement. “I still think about her show, the one with the chicken. She took her cooking seriously but at the same time knew how to have fun with the food. This is what cooking is all about.” Read more from Food&Wine. 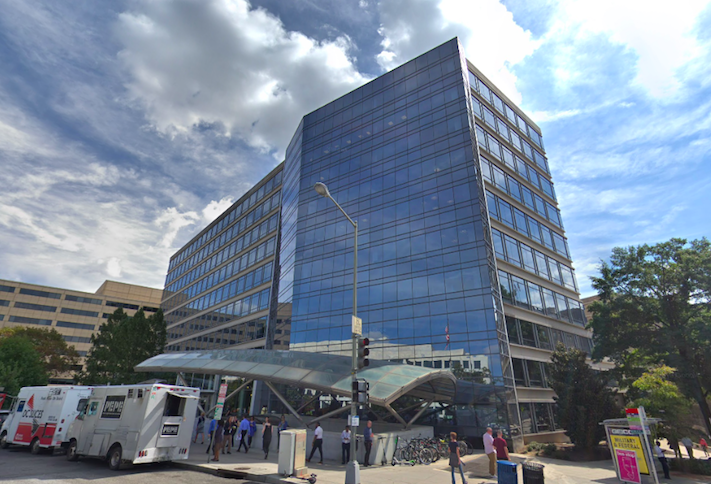 The office building at 600 Maryland Ave. SW via Google Maps

The Smithsonian Institution plans to move its headquarters from its historic Smithsonian Castle into an office building about a half-mile away.

The institution plans to acquire the building at 600 Maryland Ave. SW from Boston Properties, and its board voted Monday to approve the deal, the Washington Business Journal reports.

The parties did not disclose the terms of the deal, but the 632K SF office building is assessed at roughly $372M. Smithsonian already occupies about 230K SF in the building under a lease with Boston Properties set to expire next year.

The building at 600 Maryland Ave. SW sits next to the L’Enfant Plaza Metro station, one block south of the National Mall. Branded as Capital Gallery, the building was constructed in 1981 and expanded in 2006. It includes two towers of eight and 10 stories, a three-level atrium and a landscaped plaza. The building’s ground-floor retail includes Starbucks, Cosmo Cafe, Rice Bar and Vie de France. Read more.

New Gaming App Set To Inspire The Next Generation Of Conservationists 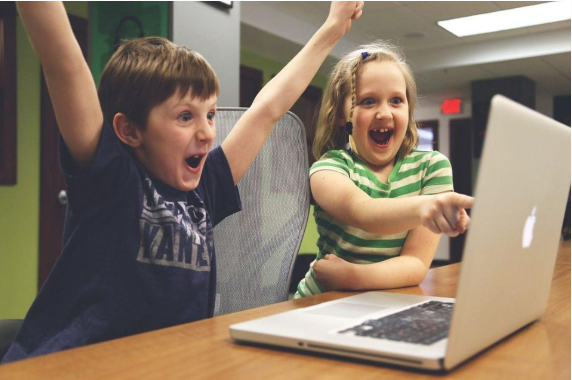 As part of a growing drive to design video games that support children’s development and creativity, a gaming app is in the works to bring science directly to kids and enthuse them about conserving vulnerable and exotic animals.

The brainchild of a partnership between JumpStart Games – a leader in learning-based games for children – and the Smithsonian National Zoo and Conservation Biology Institute, the augmented reality app will teach 9- to 12-year-olds about conservation through interactive zoo-based games.

The Smithsonian’s National Zoo can draw on real success stories for saving species and re-introducing animals back to their native habitats, according to Pamela Baker-Masson from the institute. Read more from Forbes.

Clarence Thomas says a Smithsonian exhibit about him is wrong. (It’s not.) 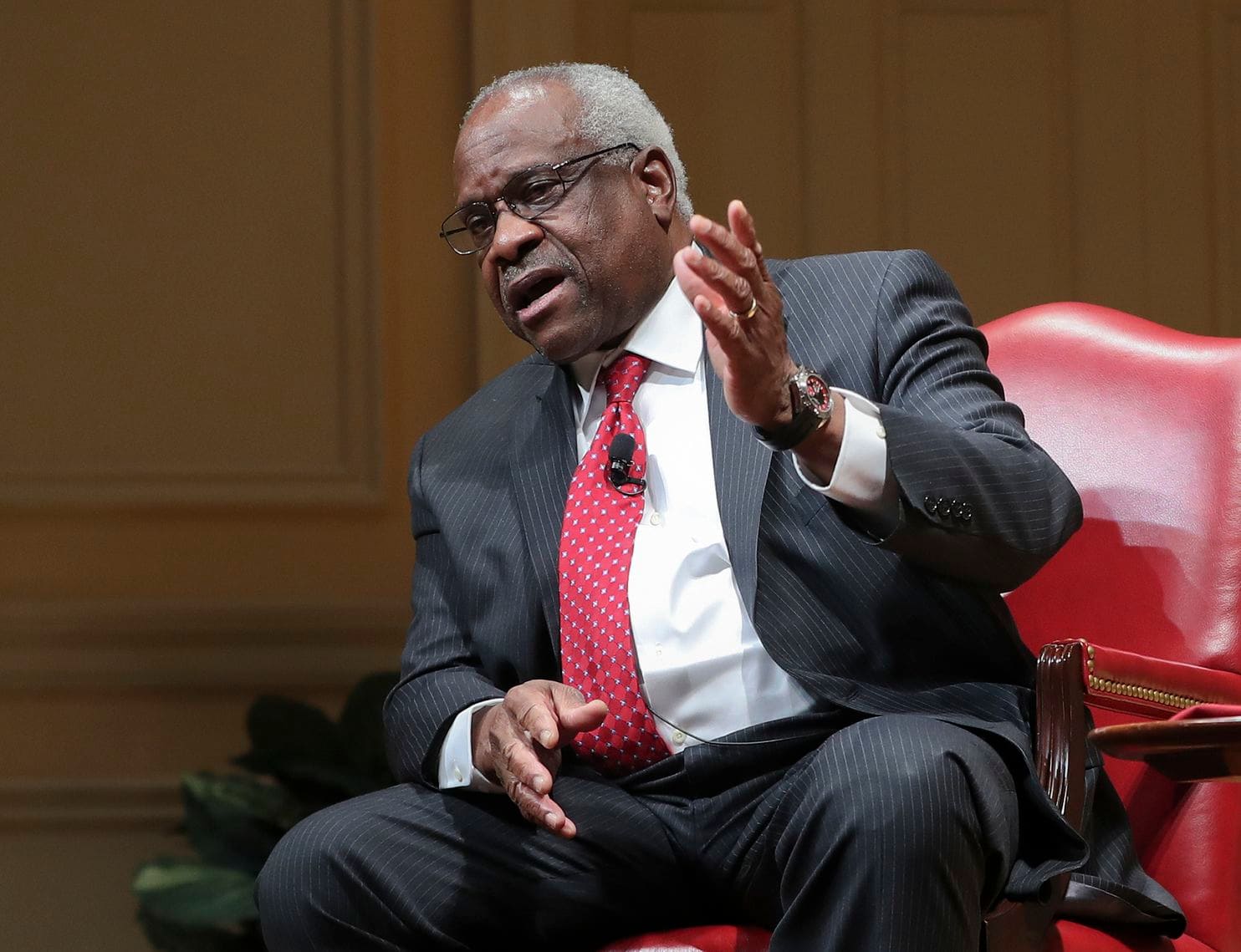 Supreme Court associate justice Clarence Thomas at an event at the Library of Congress in 2018. (Pablo Martinez Monsivais/AP)

Supreme Court Justice Clarence Thomas hasn’t visited the National Museum of African American History and Culture, but he cited one of its exhibits last week to explain how Washington’s rumor mill works.

Philanthropist and Carlyle Group co-founder David Rubenstein, who was interviewing Thomas for the Supreme Court Historical Society Annual Lecture, asked Thomas, 70, whether he knew the source of rumors that he was about to retire.

“People can say things about you and for you that have nothing to do with you,” Thomas told Rubenstein, who is also chairman of the Smithsonian Board of Regents. Read more from the Washington Post.