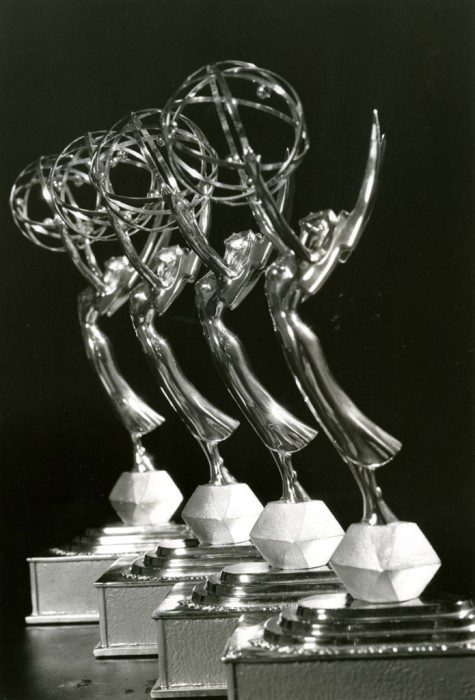 Four Emmy Award statuettes awarded for the Smithsonian film “Celebrating a Century.” (Photo by John Hiller, as featured in the Torch, August 1978)

A community of colleagues