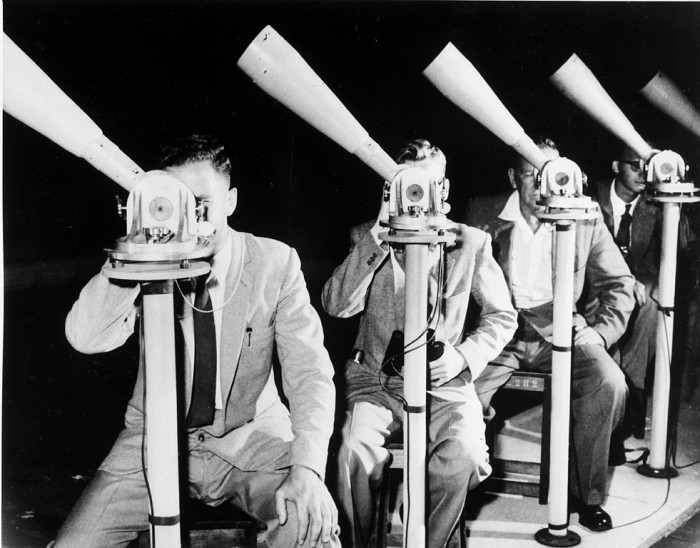 Volunteer satellite trackers in Pretoria, South Africa, for Smithsonian Astrophysical Observatory’s Moonwatch Network, one of more than 100 teams worldwide. Volunteers used the “fence method” of observing the sky. Each observer covered a small, overlapping portion of a specific sky quadrant, and watches for the passage of the satellite in his telescope. The instrument used was the Moonwatch Apogee Scope, a 20 power telescope with a 5-inch objective lens. The Moonwatch teams backed up an optical network of 12 Baker-Nunn tracking cameras. (1965. Photographer unknown, as featured in the Torch, December 1983)

June 30, 1975 Operation Moonwatch, the worldwide volunteer satellite tracking network run by the Smithsonian Astrophysical Observatory, ends after 18 years. These volunteers played a major role in tracking artificial satellites after the launch of the Russian satellite Sputnik in 1957. The Volunteer Flight Officers Network is also disbanded.

On the road in Arizona: Part 2