An historic photo archive and “The Lion Queen” made the news this week. 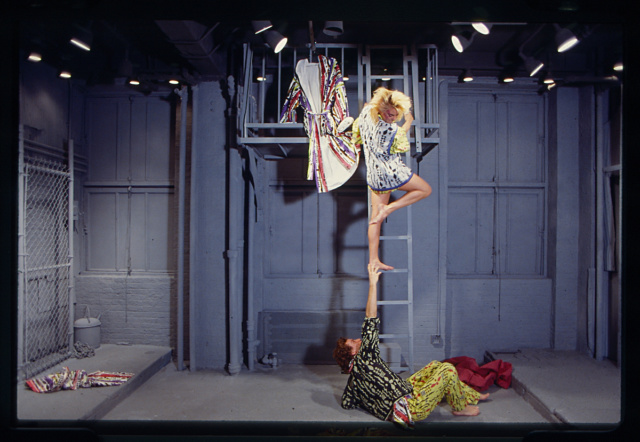 Manhattan’s Cooper Hewitt Smithsonian Design Museum is hosting an exhibit on Willi Smith, the first solo show for the late fashion designer who was best known for his distinctive 1980s streetwear looks.

Willi Smith: Street Couture, borrows its title from Smith’s best-known collection, where he brought music and multimedia art together to enhance the presentation of the garments he debuted in 1983. That collection, part of the WilliWear line he started with Laurie Mallet in 1976, was sold through a showroom designed by artist and architect James Wines. Wines founded SITE, the firm that famously kitted out the BEST Products stores with form-breaking facades that defied the typical big-box typology. Read more from The Architect’s Newspaper. 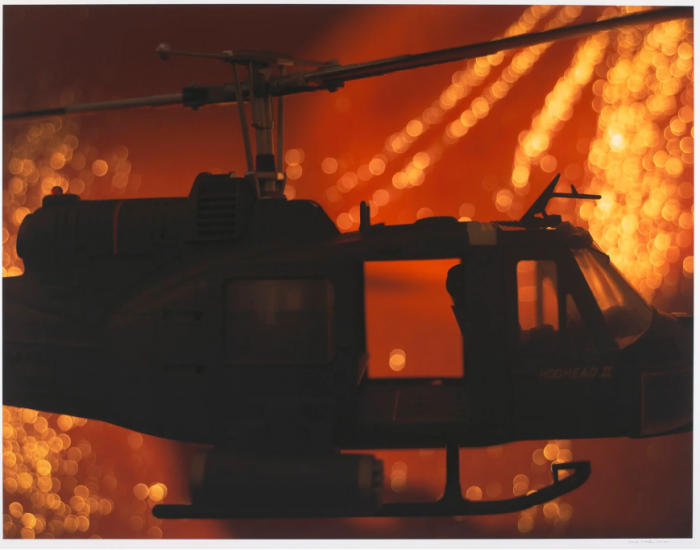 David Levinthal’s photograph “Helicopter” practically screams “Vietnam War.” Yet there’s no literal trace of that conflict in the 2014 photograph — the most visceral image in the artist’s retrospective at the Smithsonian American Art Museum. The dramatic photograph, seemingly depicting a chopper flying through a violent firefight, was actually staged in Levinthal’s New York studio.

The picture of the aircraft, silhouetted against a molten orange background, is less evocative of a real battle than a scene from “Apocalypse Now,” the 1979 Vietnam drama that stirred then-recent events into a cocktail of extravagant fantasy. Levinthal’s concern is not history, but the use of images to shape — and even fabricate — ideas of the past. That’s why this show of 74 pictures recently donated to the museum is titled “American Myth & Memory.” Read more from The Washington Post.

The artist Lee Ufan has pushed the boundaries of painting and sculpture. Now a flurry of major solo exhibitions honor the man of steel.

Glimpsing our post-Consumption future at the Cooper Hewitt

The Design Triennial envisions the possibilities for algae, yeast and other nonpolluting materials. Will they help save the planet? 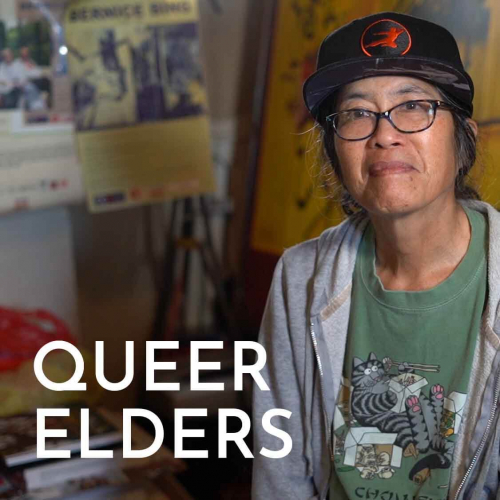 “Queer Check-Ins,” curated by Franny Choi, poses the question, “Are You OK?,” to 12 queer Asian and Pacific Islander diasporic poets. Their responses are captivating, beautiful and unsettling at times. Each poet reads their piece and shares a glimpse into their life through video and imagery. Hyphen was fortunate to get the opportunity to interview Franny Choi about her work on the exhibition.

“Queer Check-Ins,” curated by Franny Choi, poses the question, “Are You OK?,” to 12 queer Asian and Pacific Islander diasporic poets. Their responses are captivating, beautiful and unsettling at times. Each poet reads their piece and shares a glimpse into their life through video and imagery. Hyphen was fortunate to get the opportunity to interview Franny Choi about her work on the exhibition. Read the entire interview.

This Navy warship went down in World War II with 49 crew members aboard. Divers finally found it after 75 years 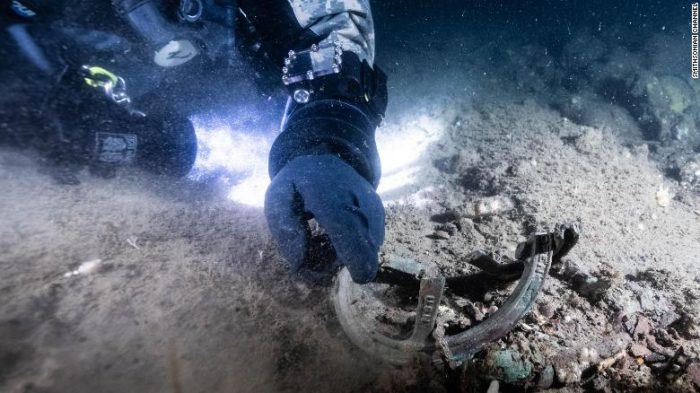 A team of eight divers searched for four years before finally locating the submarine hunter.

The USS Eagle PE-56 was supporting Navy training exercises off the coast of Maine when an explosion tore it in half in April 1945.

Only 13 people survived, and 49 officers and crew members went down with the ship.
For 75 years, no one knew exactly where the submarine hunter — and its crew — rested at the bottom of the ocean.
But in June 2018, a team of eight wreck divers working with the Smithsonian Channel finally located it about six miles from Maine’s shore. Read more from CNN.

Ebony and Jet images to be donated after photo archive sale

The first time Darren Walker was featured in The New York Times two decades ago, his grandmother asked when he would appear in “The Jet.”

“Until you made it in The Jet, you haven’t made it in the African American community,” Walker said. “That story is a metaphor for the reverence and credibility that Ebony and Jet magazines held for decades.”

On Thursday, Walker as president of the Ford Foundation and Elizabeth Alexander, president of the Andrew W. Mellon Foundation, shepherded a $30 million deal to buy the photo archive of America’s most iconic black magazines. A judge in Chicago approved the sale as part of an auction to pay off secured creditors of the Johnson Publishing Company, which sold the magazines three years ago. Read more from The Associated Press.

Ebony photo archives sold for $30M, with plan to donate collection to Smithsonian and other museums to ensure public access 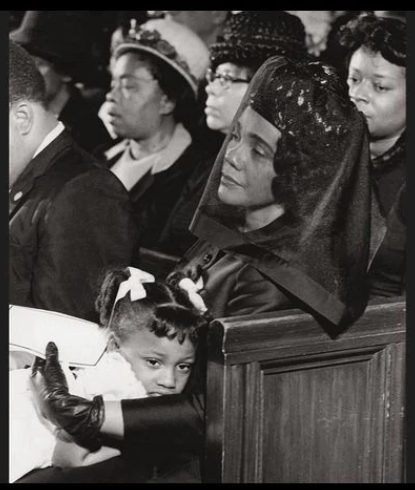 A consortium of foundations led by the J. Paul Getty Trust is buying the historic Ebony photo archives for $30 million, with plans to donate the expansive collection and make it available for broad public access.

The historic collection will go to the Smithsonian National Museum of African American History and Culture, the Getty Research Institute and other cultural institutions to ensure public access and use by scholars, researchers and journalists, according to a news release. Read more from the Chicago Tribune.

Letters to the Editor (Opinion)

The National Air and Space Museum is to be commended for the Apollo 11 celebration on the Mall. It was exciting to see the masses of people sitting and watching the show. They joined in the countdown, cheered when the rocket landed and clapped and whistled when the capsule landed in the water. The added components of the pictures and sounds from those days and the visuals of the trajectory and timeline enhanced the Washington Monument projections of the events. People were all smiles. Thank you for showing we can all be one, if only for about 15 minutes.Read more.

Spacesuits have been bulky since before Apollo 11. A skintight design may change that 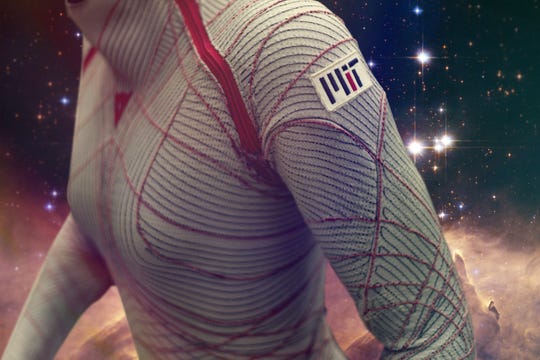 For 50 years the spacesuit used by American astronauts hasn’t changed drastically from the ones used by Neil Armstrong and Buzz Aldrin on Apollo 11. But futuristic spacesuit designs may soon change that.

The Apollo 11 spacesuit, called the A7-L, was a marvel of engineering: It sustained human life outside of Earth, but it also allowed for astronauts to walk around, bend over, move their arms in space and navigate space nearly as well as they did when they were earthbound. Read more from USA Today.

Experience the new and improved dinosaur hall at the National Museum of Natural History. Learn about the previous life on Earth with the “David H. Koch Hall of Fossils— Deep Time” exhibit. The museum opens every day of the week at 10 a.m. Watch the video.

How “The Lion King” gets real-life lion family dynamics wrong

Disney’s 2019 remake is no nature documentary, It should probably be “The Lion Queen” because males dont’ rule the pride; females do.

“Amazing Dogs” review: Up and down the Canine family tree

A three-part documentary series on the Smithsonian Channel takes a detailed look at dog breeds around the world.

An onslaught of pills, hundreds of thousands of deaths: Who is accountable? 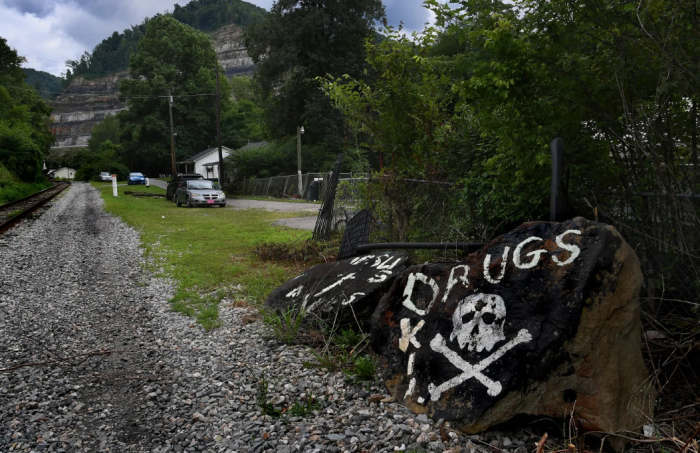 The origin, evolution and astonishing scale of America’s catastrophic opioid epidemic just got a lot clearer. The drug industry — the pill manufacturers, wholesalers and retailers — found it profitable to flood some of the most vulnerable communities in America with billions of painkillers. They continued to move their product, and the medical community and government agencies failed to take effective action, even when it became apparent that these pills were fueling addiction and overdoses and were getting diverted to the streets. Read more from The Washington Post.

The dispute went public earlier this week, with the usual exchange of harshly worded statements.

Artists struggle to save Haiti museum after 2010 earthquake

In this June 28, 2019 photo, Haitian artist Ernst Jeudy works on the restoration of a painting by Haitian artist Edouard Duval Carrie, at the Musée d’Art du Collège Saint Pierre, in Port-au-Prince, Haiti. It is one of dozens of well-known paintings that artists are still trying to rescue nearly a decade after the magnitude 7.0 quake that killed an estimated 300,000 people or more and damaged countless buildings, including the Museum of Haitian Art of St. Pierre College, one of the country’s top museums. (AP Photo/Dieu Nalio Chery)

Franck Louissaint sighed and frowned as he stepped onto his patio and flung aside shower curtains protecting a painting by a former voodoo priest who became a renowned Haitian artist.

The painting from the 1960s once depicted a seemingly joyous voodoo spirit known as a loa, but it warped into something that looked like a three-dimensional satellite image of mountains after it was damaged by rubble and waterlogged when a 2010 earthquake hit the museum where it was displayed.

“It’s like the skin of a crocodile!” exclaimed Louissaint, an artist who expects seven more months of work to fully restore the painting by Robert Saint-Brice.Read more from ABC News.

In the wake of Warren Kanders’s resignation from the board of trustees, the eight artists wrote to the museum curators permitting their work to remain in the galleries.

Earlier this week, eight of the 75 artists participating in the 2019 Whitney Biennial announced their intent to withdraw artwork from the galleries, citing insufficient action on behalf of the Whitney Museum of American Art to eject vice chair Warren Kanders from the board of trustees. Today, July 25, these artists told biennial curators Jane Panetta and Rujecko Hockley that, “Given today’s announcement of the resignation of Warren Kanders from the board of the Whitney Museum, we no longer request the removal of our works from the Biennial.” Kanders is connected to a number of weapons manufacturers, including Safariland, which produces tear gas that has been used in political hotbeds including Puerto Rico, Gaza, Standing Rock. Read more from Hyperallergic.