It’s not just the Cup-winning U.S. women’s soccer team who is demanding equal pay, women want to know why there’s still a a systemic pay gap in the museum world, too.

The National Postal Museum tells the history of America through moon mail, rare stamps, and one taxidermy dog

The museum may not be as well known as other Smithsonian institutions, but its vast collection of postal memorabilia makes it a D.C. must-see 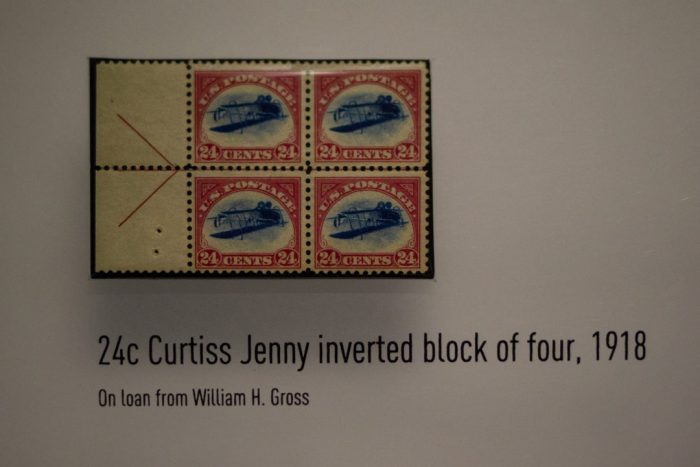 The Inverted Jenny, the most famous mistake in the history of the postal service. (Photo by Alexandra Chariton)

Although the United States Postal Service has no official motto, the words engraved on the outside of the James A. Farley Post Office in New York are a good unofficial one: “Neither snow nor rain nor heat nor gloom of night stays these couriers from the swift completion of their appointed rounds.” After 1971, that phrase could have been appended to include “to any place in the universe.”

August 2, 1971 was the third and final day of the Apollo 15 mission to the Moon. U.S. astronaut Dave Scott reached under the seat of the Lunar Rover and pulled out an envelope bearing two 8-cent stamps. The stamps feature views of astronauts in space with the words “United States in space … a decade of achievement.”  Read more from Road Trippers.

Contralto Marian Anderson famously delivered a soaring performance on the steps of the Lincoln Memorial in 1939 — after the Daughters of the American Revolution blocked her from singing at Constitution Hall because she was black.

A cultural milestone, Anderson’s concert turned her into a reluctant symbol of the push for civil rights. While this year marks the 80th anniversary of the performance, the National Portrait Gallery is using the occasion to explore Anderson’s life beyond that watershed moment. Read more from The Washington Post’s Express.

The temperatures were on high blast Sunday, but breezes, great music and more made it a chill Sunday at the Smithsonian Folklife Festival on the National Mall.

A couple of performers told WTOP they were stoked to be here.

“It’s my first time playing, but not my first time at the festival,” said Dr. Kari Groff, half of children’s music duo The Bright Siders. Read more from WTOP. 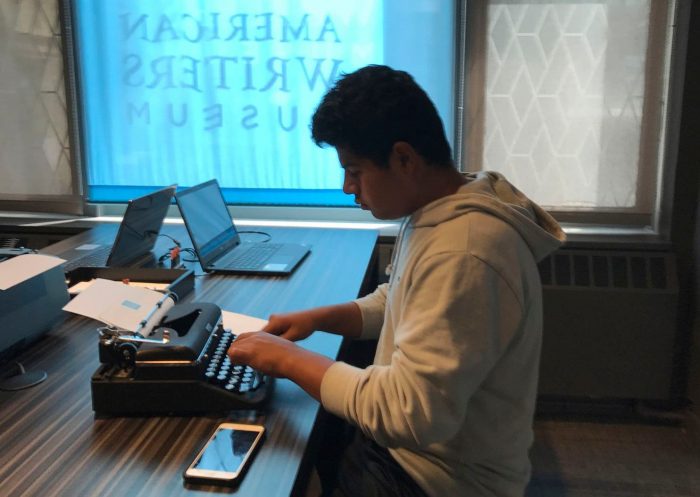 This Aug. 10, 2017 photo shows a teenage visitor using a typewriter on display at the American Writers Museum in Chicago. A younger generation is discovering the joy of the feel and sound of the typewriter. Two recent documentaries, “The Typewriter (In The 21st Century)” (2012) and “California Typewriter” (2016), featuring collector Tom Hanks, have helped popularize vintage typewriters among young people, who also have a soft spot for other analog technologies like vinyl records and fountain pens. (Julia Rubin/Associated Press)

For most of us, the clickety clack of a manual typewriter — or the gentler tapping of the IBM Selectric — are but memories, or something seen only in movies.

But at the few remaining typewriter repair shops in the country, business is booming as a younger generation discovers the joy of the feel and sound of the typewriter — and older generations admit they never fell out of love with it.

“What’s surprising to me is that the younger generation is taking a liking to typewriters again,” says Paul Schweitzer, 80, owner and operator of the Gramercy Typewriter Co., founded by his father in 1932. He now works alongside his son, Jay Schweitzer, 50, and — this summer — a grandson, Jake. Read more from The Washington Post.

The Smithsonian’s National Museum of Natural History opened a new dinosaur and fossil exhibit this summer.

But some have criticized the funding behind the new exhibit. They fault the institution for accepting $35 million in funding from David H. Koch, a petrochemical magnate who opposed climate-change legislation and provided funding to organizations that deny climate science.

Dozens of researchers have signed a petition urging museums to cut ties with Koch and his brother Charles. But the museum says that donors have no control over the content of the exhibit, and that the new hall sends a powerful message on climate change.

David H. Koch is hardly the first industrialist to spend major money on dinosaurs. There’s a long history of American business tycoons, like Andrew Carnegie and J.P. Morgan, funding major dinosaur collections, according to Lukas Rieppel, a professor of history at Brown University.

We talk to Rieppel about his research documenting how wealthy industrialists of the Gilded Age sought to cement their own reputations as generous benefactors of science. Read more and listen to the entire interview.

‘People Just See What They Want to See.’ Why That Starfish’s Physique You’re Seeing Everywhere Can Totally Be Explained By an Expert

All starfish don’t look the same, but this one became a breakout star.

If you’re one of the hundreds of thousands who marveled at the viral behind of one on Twitter, you already knew that. On June 30, Twitter user @Babyshoujo shared a photo of the pink starfish she saw at the Aquarium of the Pacific in Long Beach, Calif.

The viral starfish in question is a vermillion sea star that lives in the Deepwater exhibit at the Aquarium of the Pacific’s Northern Pacific Gallery, the aquarium’s curator of fish and invertebrates, Nate Jaros, told TIME. Read more from TIME. 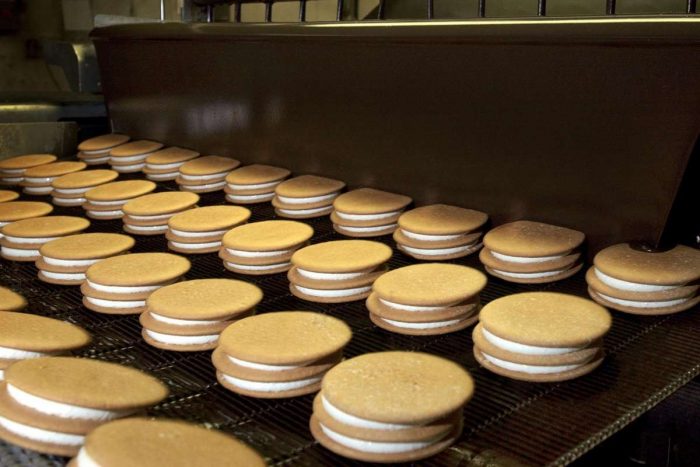 MoonPies ride on the chocolate coating assembly line at the Chattanooga Bakery in Chattanooga, Tenn. The sticky-sweet confection of marshmallow-stuffed graham cookies is over 100 years old.Photo: JIM MYERS, STR / AP

When visitors at the Smithsonian National Air and Space Museum ask questions about space travel, one question regularly makes the top of the list: What do astronauts eat?

While astronaut ice cream sold at museum gift shops, toy stores and amusement parks may be marketed as space food, Jennifer Levasseur, curator at the air and space museum in Washington, D.C., is quick to point out that for the real deal, you’re better off freeze-drying bacon bits like those eaten on the moon in 1969. Read more from the Houston Chronicle. 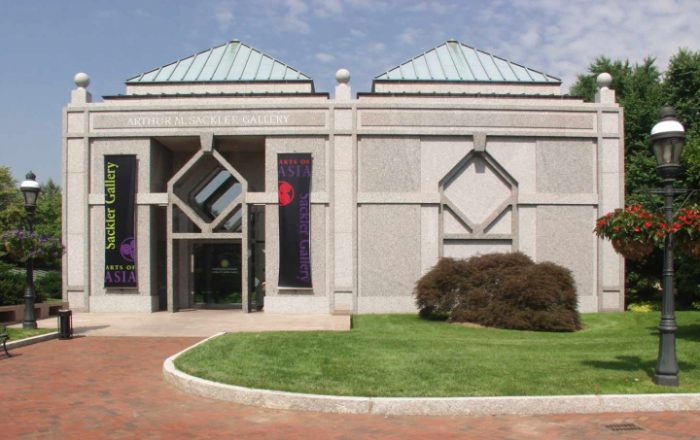 The Arthur M. Sackler Gallery in Washington, D.C. (courtesy of the Smithsonian Institution)

The Smithsonian Institution will not remove Arthur M. Sackler’s name from its Asian art gallery in Washington, DC, its new secretary, Lonnie G. Bunch, declared. Bunch made the announcement in his response to a letter from Oregon Senator Jeff Merkley asking to remove the Sackler name for the family’s role in the opioid crises.

“The Sackler family hooked thousands of Americans on OxyContin through aggressive and misleading marketing tactics and profited from one of the deadliest public health crises in our country,” Senator Merkley wrote to Bunch in a letter sent on June 19. “The Sackler name has no place in taxpayer-funded public institutions, such as the Freer-Sackler Gallery.” In the letter, the senator also mentioned recently uncovered court documents that “show clearly that Sackler family members personally and aggressively drove Purdue’s strategy to get Americans hooked on OxyContin.” Read more from Hyperallergic.

Women are increasingly getting the top museum jobs. Will more of them finally get equal pay? 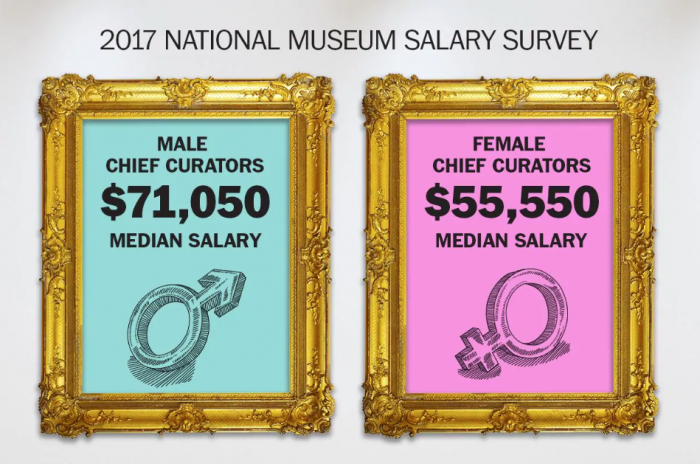 The long-standing and systemic gender pay gap among museum leaders has been a thorny area. (Washington Post illustration/iStock)

It began with a flurry of landmark appointments. Last year, the Smithsonian’s National Air and Space Museum welcomed Ellen Stofan as its first female director, and then Anthea Hartig was named the first woman to helm the popular National Museum of American History. By the time Kaywin Feldman arrived in March as the first female director of the National Gallery of Art — one of the country’s most prestigious museums — the unusual had become almost commonplace.

Washington’s wave of female museum leaders marks a sea change for a field that has traditionally been led by white men. But it also promises progress in another thorny area: the long-standing and systemic gender pay gap. Read more from the Washington Post.

ICYMI: Highlights from the week that was March 17 – March 23