Technology from the Smithsonian Astrophysical Observatory will measure pollutants from space with greater accuracy than ever before. 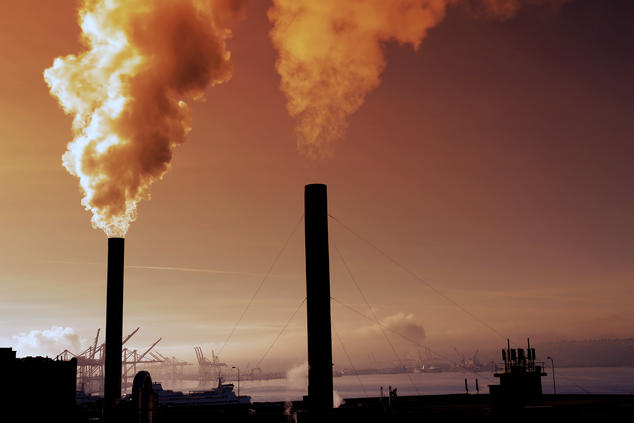 As the world gets hotter and more crowded, the very air we breathe is growing dangerously polluted: nine out of ten people now breathe polluted air, which kills 7 million people every year.

The health effects of air pollution are serious – according to the World Health Organization, one third of deaths from stroke, lung cancer and heart disease are due to air pollution.

As record-breaking heat waves sweep across the northern hemisphere, accurate measurements of the pollutants in our atmosphere is even more critical to assessing the impact of climate change. A new NASA satellite, to be launched in 2022 by Maxar Technologies,  will carry an instrument that will monitor air pollutants during daylight hours across the North American continent. Once in orbit, the Tropospheric Emissions: Monitoring Pollution (TEMPO) satellite will collect high-resolution measurements of ozone, nitrogen dioxide and other pollutants, data which will revolutionize air quality forecasts. Smithsonian Astrophysical Observatory Physicist Kelly Chance is the principle investigator leading TEMPO. 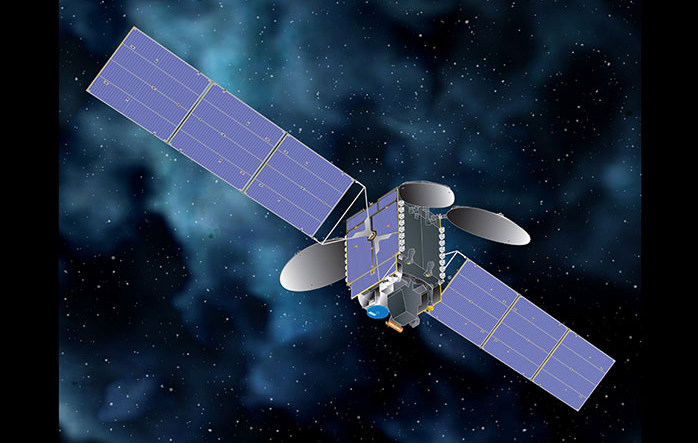 Artist’s rendering of the satellite that will be launched by Maxar Technologies of Westminister, Colo., to carry the TEMPO instruments into space. © Maxar.

The TEMPO mission will examine what is in the air we breathe with more detail and precision than ever before by creating a revolutionary new dataset of atmospheric chemistry measurements from space.

TEMPO will settle into a geostationary orbit  approximately 22,000 miles above Earth’s equator, a vantage point that will enable it to monitor daily variations in ozone, nitrogen dioxide, and other key elements of air pollution from the Atlantic to the Pacific, and from Mexico City and the Yucatan Peninsula to the Canadian oil sands. TEMPO will resolve pollution levels to regions of several square miles—far better than the currently existing limits of about 100 square miles.

The TEMPO instrument is a grating spectrometer, sensitive to visible and ultraviolet wavelengths of light, and will be attached to the Earth-facing side of the satellite. This will allow TEMPO to maintain a constant view of North America so that the instrument’s light-collecting mirror can make a complete east to west scan each and every hour of the day, measuring sunlight reflected and scattered from the Earth’s surface and atmosphere and providing spectra daily atmospheric chemistry cycles. 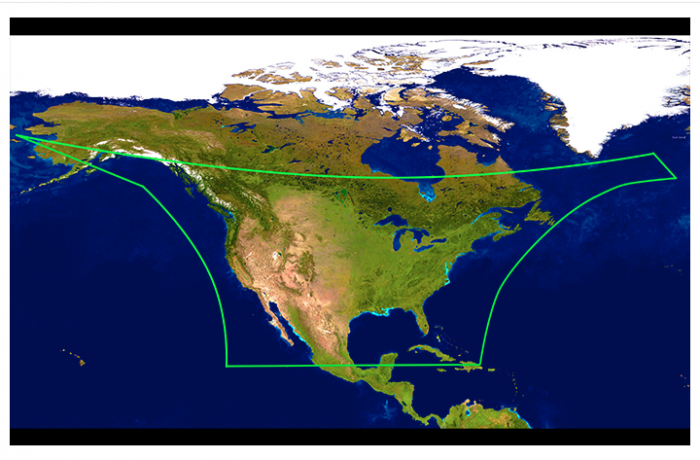 TEMPO’s field of regard, or the area where it will take measurements, is outlined in green. TEMPO will measure air pollution in North America from Mexico City to the Canadian oil sands and from the Atlantic Ocean to the Pacific Ocean. © NASA/USGS/SAO.

The instrument’s optical system resolution is a few square miles per pixel, which will allow it to track pollution outside of concentrated urban areas. TEMPO’s dataset showing daily (and hourly) variations in the concentrations of pollutants will enable researchers, air quality managers, policy makers, and public citizens to better monitor the changing “chemical weather” locally, regionally, and across the continent.

While ozone is a major protector of life on Earth and filters out harmful ultraviolet radiation, it is also a greenhouse gas and major air pollutant. TEMPO’s new stream of data will provide near-real-time air quality products that will be made publicly available, and will help improve air quality forecasting. TEMPO will also enable researchers to improve pollution emission inventories, monitor population exposure, and evaluate effective emission-control strategies.

TEMPO will join two other pollution-monitoring satellites when they are launched—one from Europe (Sentinel 4) and one from Asia (GEMS). The three instruments together will form a global GEO constellation for air quality monitoring later this decade and next, including a major focus on intercontinental pollution transport across the Atlantic and Pacific oceans. 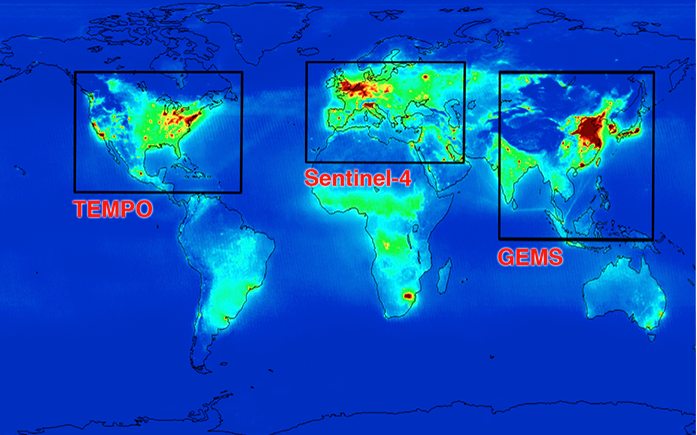 TEMPO will be the North American component of a global group of satellites tracking air pollution from geosynchronous orbit. © KNMI/IASB/ESA/SAO.

The TEMPO mission, a collaboration between NASA and the Smithsonian Astrophysical Observatory, is supported by the NASA Space Mission Directorate.

A network of museums and public gardens is being built across the country by the TEMPO program to engage learners in hands-on activities and develop their citizen science skills, enabling them to contribute quantitative and qualitative data on local air quality impact to the overall scientific community. A prototype ozone garden exhibit was established at the Virginia Living Museum (VLM) in partnership with NASA Langley, and has served as a site to formatively evaluate garden planting and exhibit display protocols, hands-on interpretive activities, and citizen science data collection. 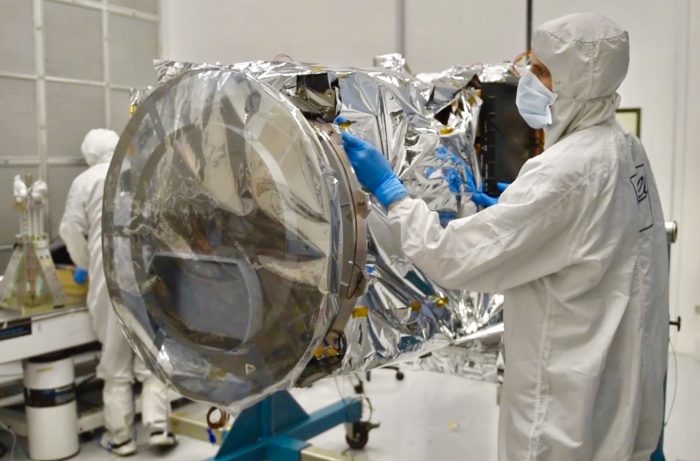 You don’t have to be a rocket surgeon…