Home News & Announcements From the Secretary My Summer Reading List

The lazy days of August are the perfect time to discover a new book or savor again an old favorite. Secretary Bunch shares some of his reading list—history, biography, poetry and more. What are you reading this summer? Tell us in the comments.

If there’s a day that there’s not a book in my briefcase, something bad has happened. I try to make sure I always have a book on hand—ideally, I’ll read at least three per month. And I travel a lot, which helps with the numbers.

It’s August now, which is a time for vacation, which is a time for reading. To honor that spirit, I want to share a list of books, some new reads and some old favorites, that I’ve been working my way through this month. It’s no surprise that I predominantly read history books, a reflection of both vocation and avocation. So while these might not qualify as “beach reads,” I’ve found them to be invigorating, astute, and thought-provoking. If you happen to read one, let me know what you think. 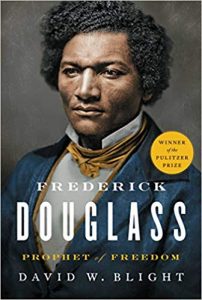 This is the book I finished most recently. As well examined as the life of Frederick Douglass has been, Blight’s biography sheds new light on one of our nation’s most famous orators. Born into slavery, Douglass escaped as a young man and spent nearly a decade as a fugitive until friends helped him purchase his freedom. Douglass would eventually ascend to one of the most prominent thinkers of the 19th century. Blight complicates this story by studying not only Douglass’s rhetorical genius and political activism, but also the difficult personal relationships he had with his wives and children. This book is a fascinating look at how and why Douglass has endured to the present day as a potent American symbol. 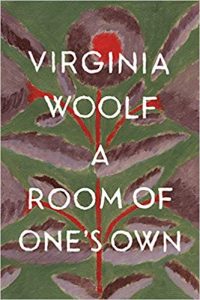 A Room of One’s Own
by Virginia Woolf

I recently reread A Room of One’s Own, perhaps Woolf’s best-known essay. Woolf’s towering intellect is on full display here, and her arguments remain urgently relevant today. Based on a series of lectures that Woolf gave at the University of Cambridge women’s colleges in 1928, the work explores the lack of space – literal and metaphorical – that barred women from the male-dominated literary tradition. Forceful and lucid, A Room of One’s Own explores the conditions that enable historically marginalized groups to lay claim to the literary structures from which they have been excluded, building rooms of their own. 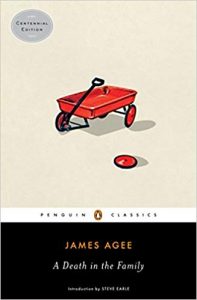 A Death in the Family
by James Agee

C.S. Lewis once wrote to a friend, “I can’t imagine really enjoying a book and reading it only once.” A Death in the Family is one of those books that I come back to time and time again. Published posthumously, James Agee’s autobiographical novel shares a fictionalized account of his father’s unexpected death by car accident and the family left to grapple with that tragedy. It’s a lyrical, haunting exploration of loss and the too-slow tides of grief. There’s a reason this won the Pulitzer. 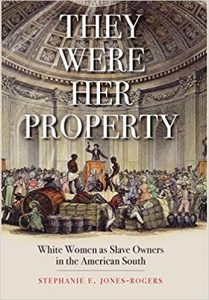 They Were Her Property: White Women as Slave Owners in the American South
by Stephanie E. Jones-Rogers

I’m in the midst of this book now. It’s an engrossing treatment of an underexamined phenomenon: female slave owners in the south. This is the first in-depth look at the ways in which white women participated in, profited from, and perpetuated the slave economy. Scholars have traditionally portrayed “mistresses” as kinder and more domestic than their male counterparts. Some accounts put them on the same footing as the enslaved, similarly dominated by a patriarchal system of ownership. Not so, shows Jones-Rogers. Many women exerted authority as slave-holders, buyers, and sellers with deliberate cruelty and control. They Were Her Property offers a necessary corrective to the ways that we understand power and the market economics of slavery. 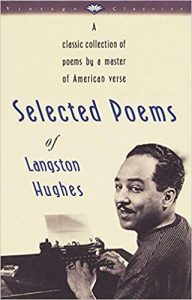 This is essential reading. I always like to carry a set of Hughes’ poems with me. These words have offered meaning and informed so many areas of my work as a historian. His poems reveal the truth that history doesn’t move in straight lines, that life “ain’t been no crystal stair. It’s had tacks in it, and splinters, and boards torn up.” He conveys the wry longing of many a museum director come fundraising time: “I wish the rent / was heaven sent.” And, crucially important, Hughes reminds us to laugh: “Like a welcome summer rain, humor may suddenly cleanse and cool the earth, the air and you.”