People have been oohing and aahing and blowing things up for millennia. Alexis Stempien shares the history of our love of things that go bang. 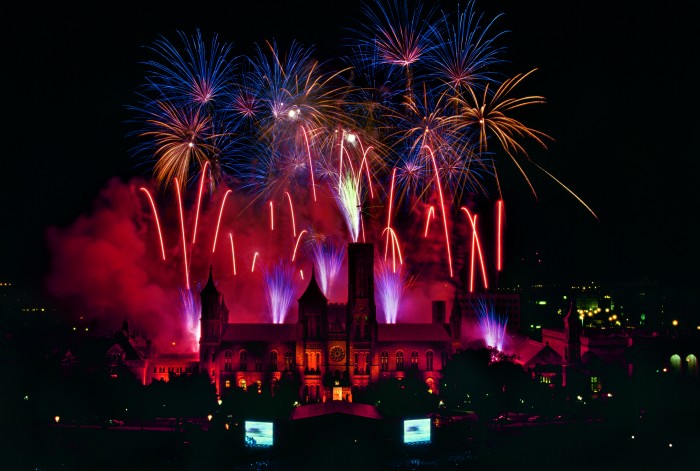 On America’s first Fourth of July celebration in 1777, fireworks were one color: orange. There were no elaborate sparkles, no red, white, and blue stars — nothing more than a few glorified (although uplifting) explosions in the sky.

As it turns out, although we’ve been lighting fireworks for the last 2000 years or so, modern fireworks were only invented in the 1830s — so, what were they like before then? When Henry VII had fireworks at his wedding in 1486, how did they look? How have fireworks and the science behind them evolved throughout history?

Like many inventions, firecrackers fireworks were created by accident… and by the search for immortality. Around 200 BC, the Chinese unintentionally invented firecrackers by tossing bamboo into fire, but it took another thousand years before true fireworks came alive. As the story goes, around 800 AD, an alchemist mixed sulfur, charcoal, and potassium nitrate (a food preservative) hoping to find the secret to eternal life. Instead, the mixture caught on fire, and gunpowder was born! When the powder was packed into bamboo or paper tubes and lit on fire, history had its first fireworks!

If you attended a fireworks show in 800 AD, it would be unlike anything we see today. Paper fireworks were used to scare evil spirits or to celebrate weddings and births and were simply thrown onto a fire, not blasted into the air. There were no added colors, so a “fireworks show” was just a series of small, noisy explosions. The chemistry was an accidental discovery, and there was still a long way to go. 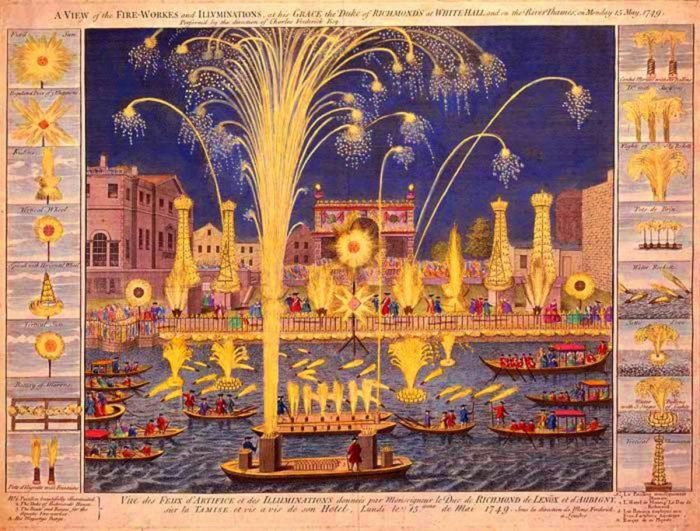 A hand-colored etching of fireworks over the Thames river in London in 1797. (Artist unknown)

Unsurprisingly, it wasn’t long before the military adopted gunpowder. By 1200, China had built the first rocket cannons, using gunpowder to aim and blast projectiles at their enemies. Off the battle field, however, this technology led to something beautiful: the first aerial fireworks.

Gunpowder traveled west when European and Arabian diplomats and missionaries began visiting China around this time. Like their Chinese counterparts, Western engineers also developed weapons — this time, muskets and cannons — but continued to develop fireworks, and they became larger and more elaborate.

If you attended a fireworks show in 1600, the science would not have been much different from ancient China, but it was a lot more entertaining! Now used for military victories, religious events, or royal celebrations, aerial fireworks (still plain orange — no color yet!) were run by “firemasters” and their assistants, “green men”. Before the show, the green men, named for the leaves they wore to protect themselves from sparks, would tell jokes to the crowd while they prepared the celebration. Being a green man, however, was a highly dangerous position, and many were injured or killed when their fireworks malfunctioned. 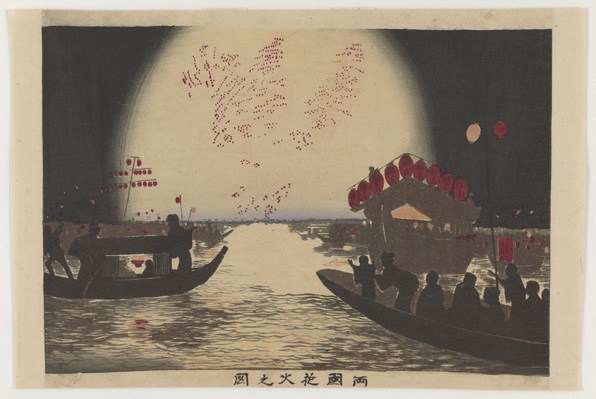 1600 – present: Enter Color! Modern Fireworks and the Fourth of July

When English royals weren’t competing with Europe for the best fireworks display (King James II’s firemaster was actually awarded knighthood for his impressive work), they were introducing fireworks to their thirteen colonies across the Atlantic. If you’ve ever wondered why we celebrate Independence Day with these colorful explosions, you can thank the British — and John Adams. On July 2, 1776, two days before the Declaration of Independence was signed, he wrote this letter to his wife:

“This day will be most memorable in the history of America,” he predicted. “I am apt to believe that it will be celebrated by succeeding generations as the great anniversary festival… It ought to be solemnized with pomp and parade… bonfires and illuminations [fireworks]… from one end of this content to the other, from this time forward forevermore.”

…and so it was. On July 4, 1777, the first anniversary of America’s country-hood, there were indeed fireworks, and there would be for more than 200 years to follow.

Of course, if you had been there for America’s anniversary, you still would not have seen colored fireworks. The explosions like those we see today would not be created for another sixty years when Italian inventors added in metals like strontium or barium. At long last, in the 1830s, our modern fireworks were born, and celebrations took on an entirely new light.

If you watch a fireworks show this Fourth of July, you will witness over 2000 years of danger, invention, and beauty wrapped into a simple package. From exploding bamboo to parcels of gunpowder and metals, our science — and our world — have come a long way in the past millennia! Even the most common science often has a wonderful and fascinating history. Who knows what the future will bring next? 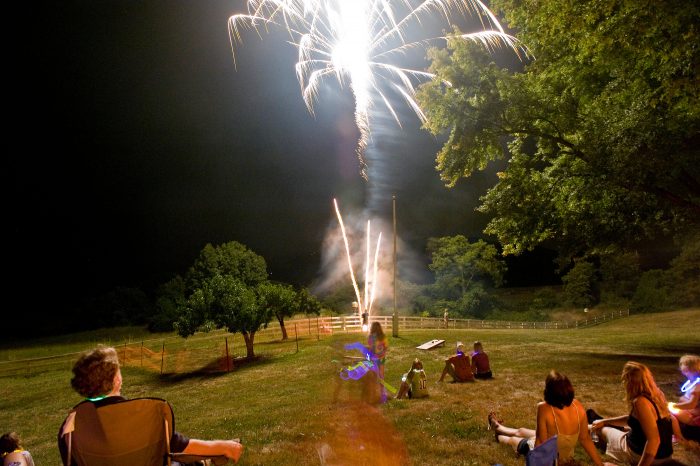 This post by Alexis Stempien was originally published by the Smithsonian Science Education Center on the blog, STEMvisions.

Capture the magic of the moment