Angry young artists who wanted to shock the bourgeoisie (while having a little fun) are represented in a new exhibition that features Futurism, Dadaism, Surrealism, Pop Art and Cate Blanchett. Brendan Smith takes us on a tour.

In a long curving darkened room at the Hirshhorn Museum, Australian actor Cate Blanchett appears simultaneously on 12 screens reading artist manifestos from different eras while inhabiting different characters: A ranting homeless man with a loudspeaker, a drunk punk rocker smoking a cigarette, a puppeteer crafting a smaller version of herself, and other striking personas.

The video installation called Manifesto by German artist and filmmaker Julian Rosefeldt is the centerpiece of Manifesto: Art x Agency, a new exhibition organized by the Hirshhorn’s Chief Curator Stéphane Aquin. It features more than 100 works of art and ephemera related to manifestos for art movements dating from the Manifesto of Futurism published in 1909 and branching across Dadaism, Surrealism, Pop Art, and other movements.

“Most manifestos are against established orders and promote a vision of what art should be about,” Aquin said. “Most of these manifestos were written by young men driven by an influx of testosterone who were having fun and wanted to change the world but also shock the bourgeois.”

The exhibition grew from a partnership between the Hirshhorn and the Goethe-Institut, which was planning to show Manifesto. Aquin thought it was a perfect opportunity to feature the film installation with artwork from the Hirshhorn collection that illustrate various manifestos. 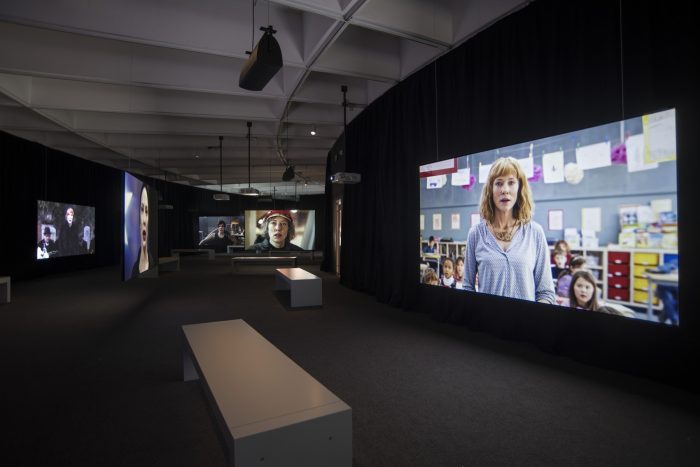 “The general idea (of Manifesto) is that you transcend completely the world of ordinary meaning and concerns and suddenly you’re in another state of mind altogether,” Aquin said. “We thought we could use it as a cornerstone to present works from our collection that echo the idea of manifestos. We’re on the national Mall and we always give a lot of thought about how art responds to history because that is what we have all around us.”

Aquin then had to comb through the Hirshhorn’s massive collection to find artwork that fit the theme of the exhibition. A research assistant reviewed manifestos from the early 20th century to help identify relevant works and create a timeline that is featured in wall text at the beginning of the exhibition. Aquin said the Hirshhorn has few works from some movements, such as Dadaism and Futurism, but several pieces were located for each movement for the first section of the exhibition before the film installation. The exhibition features work by well-known artists, including Alexander Calder, Salvador Dali, and Jackson Pollock, along with lesser-known artists such as George Grosz, Barnett Newman, and Tsuruko Yamazaki. 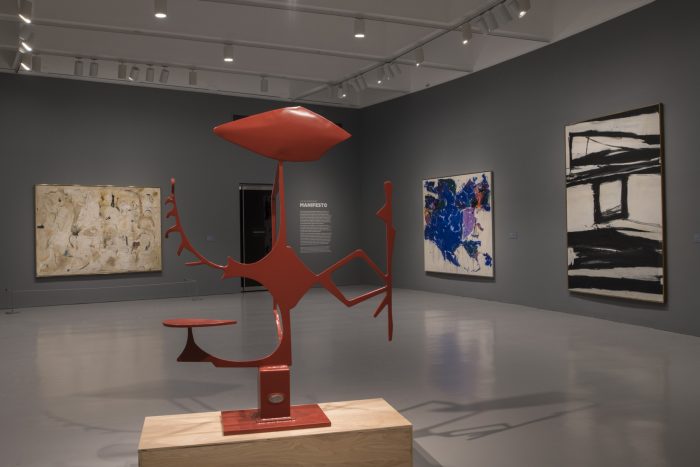 Aquin and his crew worked with Rosefeldt on positioning the 12 screens for Manifesto, which has been shown in venues around the world. The screens were intentionally placed close together so viewers could hear the film they were watching but also other films in the background. While the films don’t all start at the same time, there is one minute where they align as Blanchett appears simultaneously on all of the screens staring straight ahead and chanting in a strange monotone voice.

Laminated cards with the name of the movement and the manifesto text that Blanchett was reciting were left on benches in front of each screen. It was a convenient way to share that information without having viewers squint at wall text in a dark room. Some of the films feature movements other than visual art that also were influenced by manifestos, such as architecture, film, music and choreography. 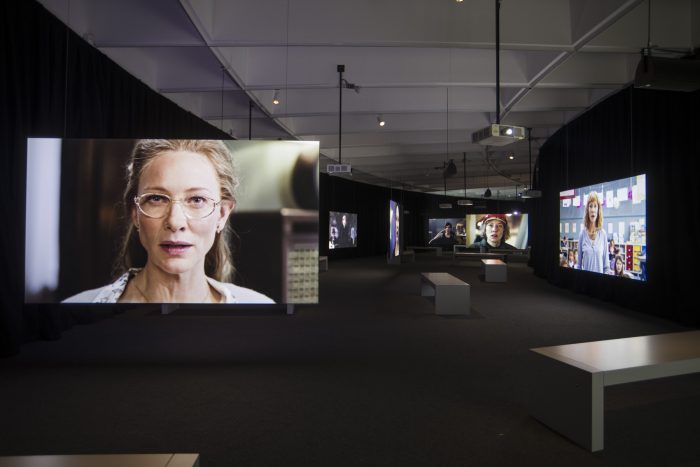 “All of the arts are there (in Manifesto),” Aquin said. “It’s another reason that it’s a great piece that through cinema and text it reaches out and embraces all forms of art.”

The final section of the exhibition features contemporary work by individual artists who critique society because manifestos waned beginning in the 1960s. Work by several African-American artists is featured, including Glenn Ligon and Hank Willis Thomas.

“African-American artists have really been out there dealing with issues of race, of class, of perception, and of social justice and injustice,” Aquin said. “That’s what the research highlighted is how relevant these artists have been and how responsive they have been to history.” 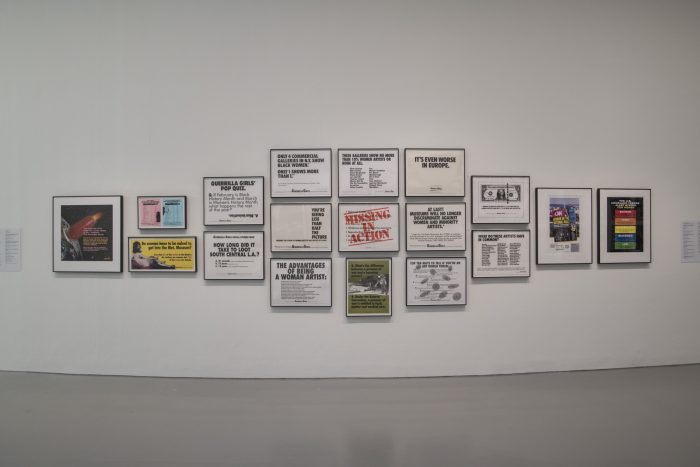 Brendan L. Smith is a freelance journalist and communications consultant with 25 years of experience with newspapers, magazines and websites. He previously contributed to Smithsonian Insider.