Secretary Bunch’s thoughtful voice continues to rise above the chatter as he continues his book tour, but we also spent the week listening to the silence of the birds.

Lonnie Bunch Sizes Up His Past and Future at the Smithsonian 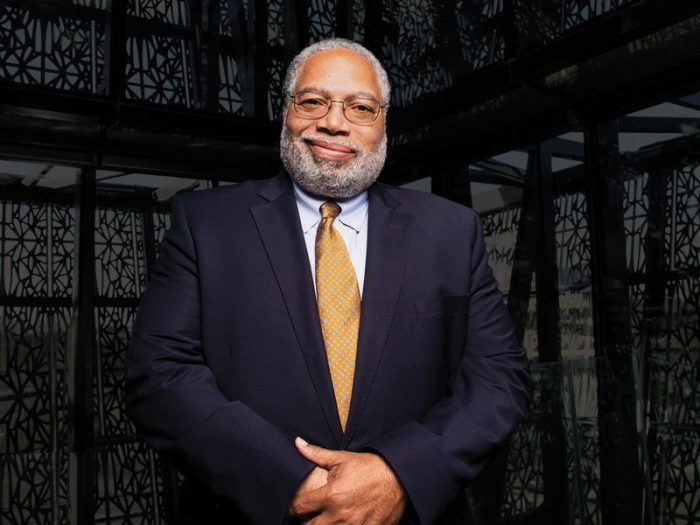 “We call ourselves the Great Convener,” says the new Secretary Lonnie G. Bunch III, “but really we’re a Great Legitimizer. And I want the Smithsonian to legitimize important issues.” (Smithsonian Books)

The Smithsonian’s National Museum of African American History and Culture (NMAAHC) is a historical and cultural nexus where American life bears its complex, painful and often self-contradictory soul. NMAAHC is built on fascinating dualities: celebrating African-American history, yet bearing witness to its greatest tragedies; exhibiting objects from everyday homes, yet contextualizing them with academic rigor; acknowledging America’s promises, yet making clear its failures to live up to them; offering an oasis of peace and coming-together, yet reminding all who enter of the deep rifts that still divide us. It is a museum that argues compellingly that the African-American story is the American story. Read more.\

This week on “Sunday Morning” (September 29) 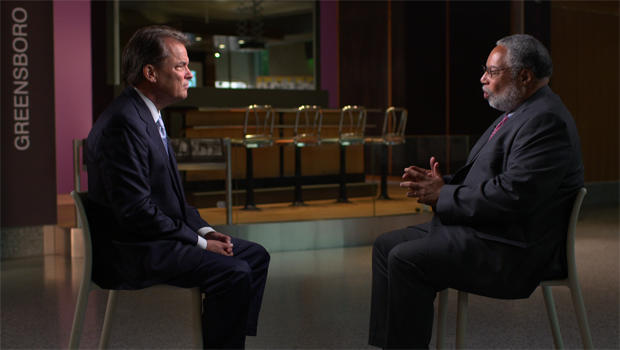 The Smithsonian’s Lonnie Bunch: A passion for history | Watch Video
Lonnie Bunch is enamored of American history. Last June Bunch was named Secretary of the Smithsonian Institution, which he calls “part of the glue that holds the country together.” Bunch is in charge of 19 museums, 21 libraries, the National Zoo, 7,000 employees, and a budget of $1.5 billion – and is on a mission that he believes is nothing short of monumental. Bunch, who oversaw the creation of the National Museum of African-American History and Culture, talked with CBS News national correspondent Chip Reid about the personal connections he has to some of most precious objects in the Smithsonian’s collections. Read more.

Lonnie Bunch, the Secretary for the Smithsonian Institution, talks with Joe Madison about his new book “A Fool’s Errand.” Bunch is the former director of the National Museum of African American History and Culture. Listen to the program. 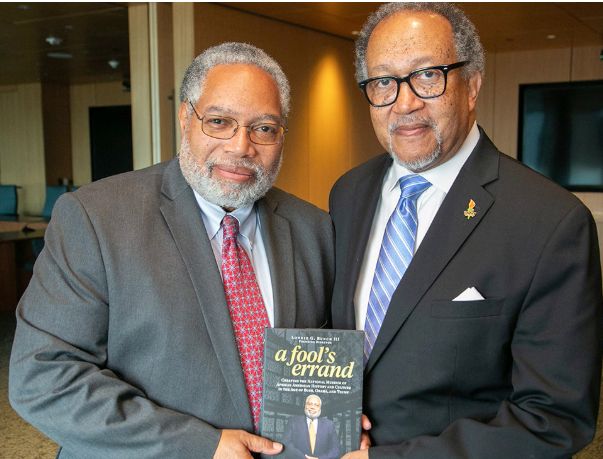 Dr. Lonnie Bunch III, the 14th Secretary of the Smithsonian Institution, sat down for an exclusive interview with National Newspaper Publishers Association President and CEO Dr. Benjamin F. Chavis, Jr., at the National Museum of African American History and Culture.

The two discussed Bunch’s timely new book, “A Fool’s Errand: Creating the National Museum of African American History and Culture in the Age of Bush, Obama, and Trump.” Read more.

How to make a smash hit Black history museum: Smithsonian head Lonnie Bunch tells what it took to start the National Museum of African American History and Culture 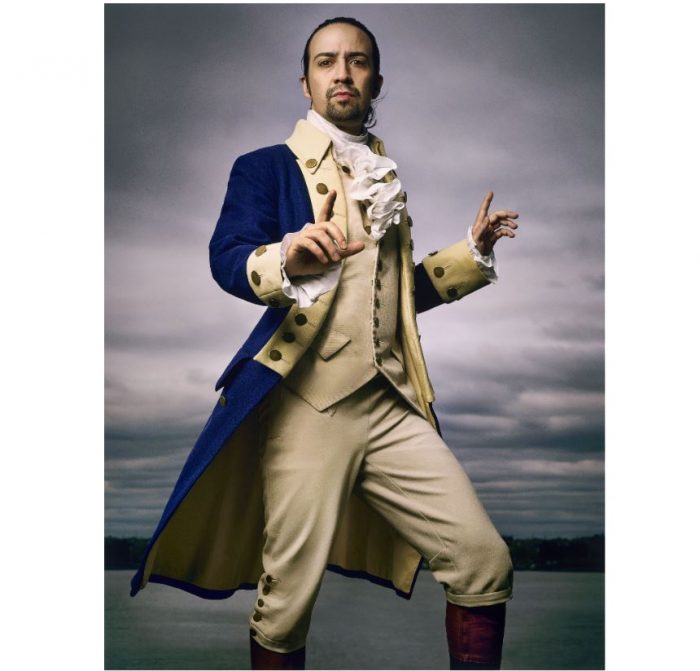 The photo of “Hamilton” creator Miranda was originally shot for a 2016 Rolling Stone magazine by Mark Seliger.

Portraits of Jeff Bezos and Lin-Manuel Miranda are heading to the National Portrait Gallery in Washington, D.C. on Nov. 15. Read more. 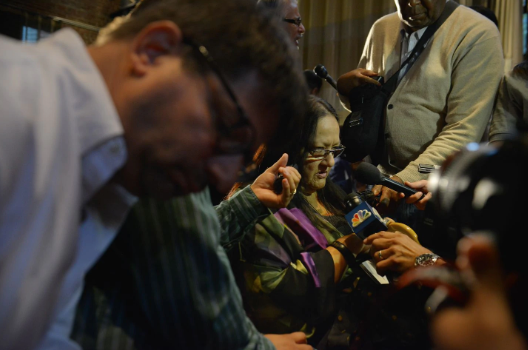 The story the Smithsonian researcher told was of a little girl, a second-grader, in small-town Oklahoma in the early 1950s. The little girl was differing with her teacher one day about the facts of the Battle of the Little Bighorn, known more infamously, and oddly, by the name of its loser, Lt. Col. George Custer, rather than any of the American Indian tribes that vanquished Custer and his troops. Read more. 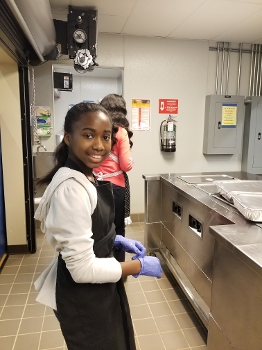 When I was in third grade at P.S. 41 in New York’s Greenwich Village, my class held a potluck dinner. My mother, who grew up outside Chicago, brought a hot dish of spaghetti Bolognese. As we entered the cafeteria, the steam of the food thick in the air, her eyes filled with tears: “This is why I moved us to New York City, right here. Look at all these different foods!” Read more.

Paul Simon Has 50 Ways to Charm an Audience

As the 2019 recipient of the Smithsonian’s Great Americans Medal, the musician divulged he still has one more song to write 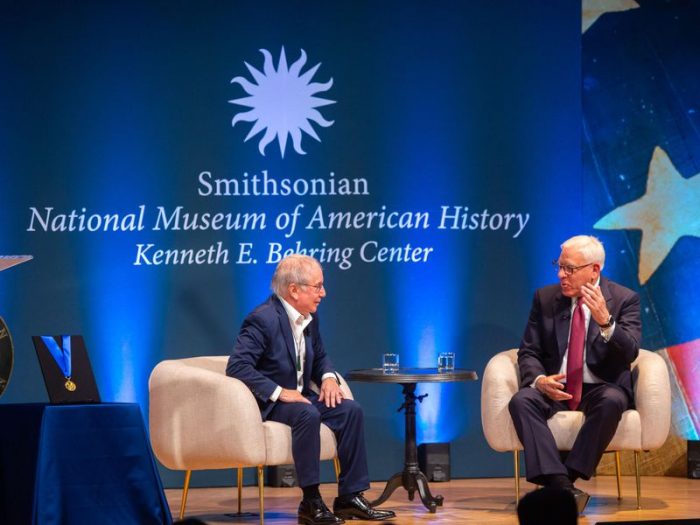 The mostly retired singer-Songwriter Paul Simon told financier and philanthropist David M. Rubenstein that a recent dream has prompted him to work on a new extended piece of music. (NMAH)

his week at the Smithsonian’s National Museum of American History, a packed crowd of admirers welcomed the musician, singer, songwriter and philanthropist Paul Simon, who was on hand to receive the museum’s coveted Great Americans Medal. The award is given annually to individuals whose life’s work embody American ideas and ideals.

“As an institution that honors, collects and interprets American history, his work particularly excites us,” said the museum’s director Anthea M. Hartig, at the ceremony Wednesday evening. “Just as his music is timeless, it is simultaneously deeply rooted in very specific moments of the 20th and early 21st century. He helps us touch politics, culture, our national mood, our love and our lives.” Read more. 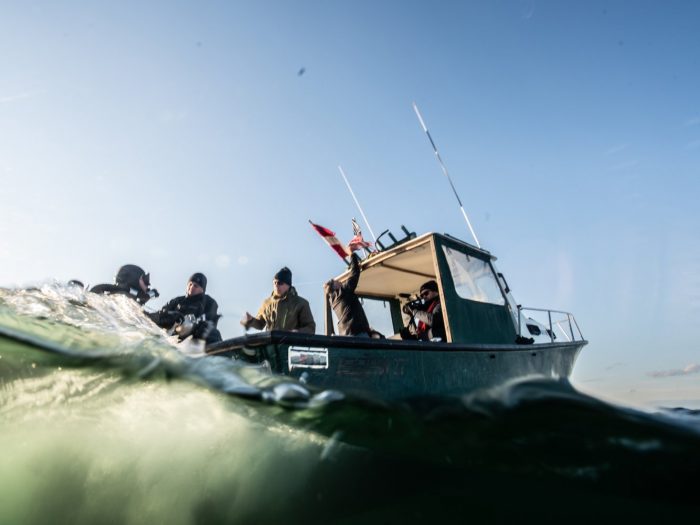 “It’s kind of like the equivalent of dropping a soda can into canyon and putting on a blindfold and going and finding it, because you can’t just look down and see it,” diver Jeff Goodreau said of finding the wreck. Courtesy of the Smithsonian Channel

The USS Eagle 56 was only five miles off the coast of Maine when it exploded.

The World War I-era patrol boat split in half, then slipped beneath the surface of the North Atlantic. The Eagle 56 had been carrying a crew of 62. Rescuers pulled 13 survivors from the water that day. It was April 23, 1945, just two weeks before the surrender of Nazi Germany. Read more. 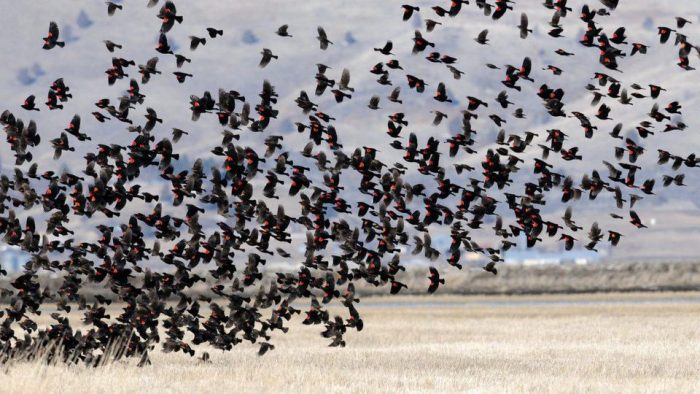 Migrating flock of red-winged blackbirds, Agelaius phoeniceus
. Red-winged blackbirds are common denizens of wetlands and marshes throughout most of North America, but they have declined by an estimated 92 million individuals.(Credit: Minette Layne / CC BY-NC 2.0) MINETTE LAYNE VIA A CREATIVE COMMONS LICENSE

Thanks to human actions, most of North America’s bird populations are declining. A recently published study reports that North American bird populations have declined by an estimated 2.9 billion individuals (29%) since 1970. Most of the lost birds are common species, including familiar backyard birds, such as sparrows, finches and warblers, that live or breed throughout the United States and Canada. Read more. 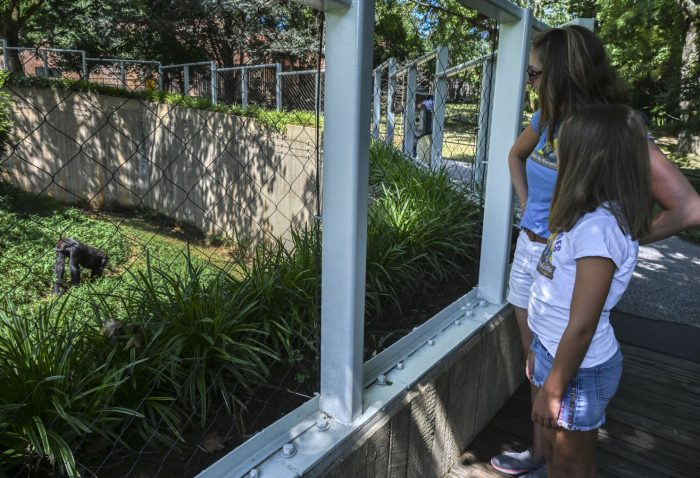 Addy Barrett of Germantown, Maryland, watches a gorilla with her mom after a visit with Meredith Bastian, curator of primates at the National Zoo, in Washington. Addy, who’s 11, recently won the Gloria Barron Prize for her efforts to raise awareness of threats to gorillas. (Bill O’Leary/The Washington Post)

They had to deal with a lot of “mosquitoes.”

Last Thursday (Sept. 12), three women who were critical to the success of the Apollo program spoke at the Smithsonian National Air and Space Museum here about their experiences as scientists and engineers at NASA.

At the museum’s 2019 John H. Glenn Lecture in Space History, moderator, museum director and former NASA chief scientist Ellen Stofan spoke with Poppy Northcutt, an engineer and “computer” who worked as the first-ever woman in an operational support role in mission control during Apollo 8,  JoAnn Hardin Morgan, an aerospace engineer who was the only woman working in the firing room for Apollo 11, and Carolyn Leach Huntoon, who directed and conducted medical research at NASA and was the first American woman to serve as director of NASA’s Johnson Space Center. Read more and watch the video.

The mass disappearance of North American birds is a dire warning about the planet’s well-being.

Smithsonian Showed Progress, But Still Struggled on Cyber in FY2018

The Smithsonian Institution (SI) made some progress in its Fiscal Year 2018 FISMA (Federal Information Security Modernization Act) audit, but still sat at around a Level 2 on the FISMA scale, according to a report released September 23 by the Smithsonian Office of Inspector General.

The audit found improvement for the institution in the Identify and Recover functions of the NIST Cybersecurity Framework, rising from Level 1 in FY2017 to Level 2 in FY2018. However, SI fell well short of the Level 4 needed to be considered an effective information security program. Read more.