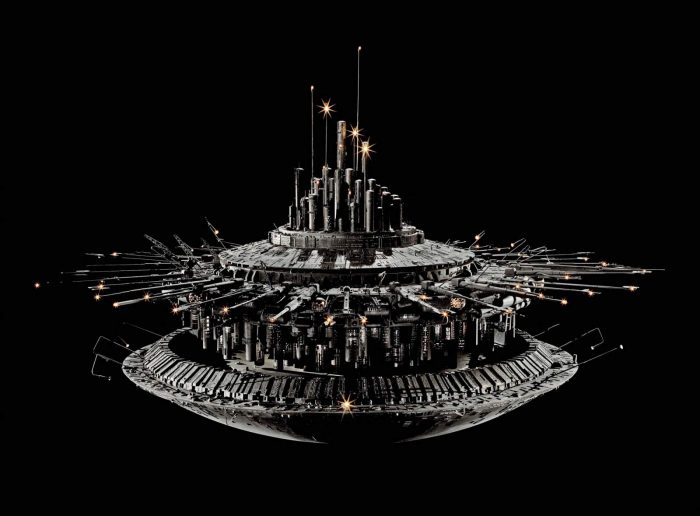 This is the model of the alien Mother Ship used in the filming of the movie “Close Encounters of the Third Kind” (Columbia Pictures, 1977). The ship was conceived by Steven Spielberg, the film’s director and screenwriter. It was made by a team headed by Gregory Jein, using model train parts and other kits. When filmed with special photographic and lighting effects, the model appears to be a huge, hovering craft. Rotating, colored lights underneath the ship added to its effects. (Courtesy National Air and Space Museum)

While Adam Savage was visiting the National Air and Space Museum’s Udvar-Hazy Center, this familiar object caught his eye. Made by many of his old friends at Industrial Light and Magic, the Mother Ship from Close Encounters hosts a number of in-jokes, including an R2-D2 and a U.S. mailbox. See why Adam calls this model one of the “masterpieces of practical special effects.”

More about this model: https://airandspace.si.edu/collection…

Shot and edited by Joey Fameli
Produced by Kristen Lomasney