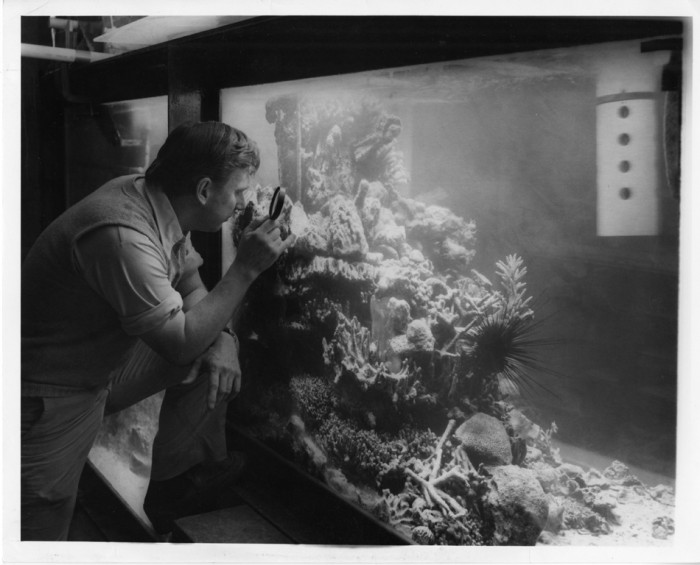 In the dim recesses of the basement of the National Museum of Natural History, marine researcher Walter H. Adey and a team of co-workers succeeded in developing a functioning, growing coral reef. More than 130 species of Caribbean reef plants and animals have been transplanted into an 1,800-gallon tank with a balanced reef ecosystem whose functions and processes mirror the natural habitat. Adey is holding a magnifying glass to inspect the new ecosystem. (Photo by Richard Farrar)

October 15, 1980 The Coral Reef: Researching a Living System opens at the National Museum of Natural History. The exhibition marks the first time it has been possible to keep a large reef community, including corals, alive and functioning in isolation from the sea.  A laboratory area adjoins the exhibit where research is conducted on the reef system. This is the first time an ongoing research project has been located in the museum’s exhibition area.

Carrie Bow Cay Field Station serves as a permanent site in the Smithsonian’s Tenenbaum Marine Obvservatories Network, a global-scale network of sites which spans latitudes and ocean basins.  For over forty years, research at Carrie Bow Cay Field Station has focused on the topography, origin, geological development, and oceanography of the Meos-American Reef and its numerous islands, as well as the biodiversity, evolution, and ecology of its organisms and communities. 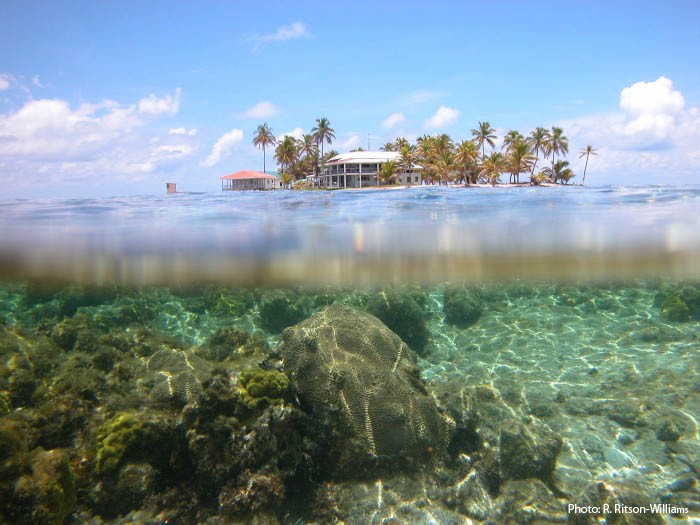 Carrie Bow Cay, Belize, as seen from below the waterline. (Photo by R. Ritson-Williams) 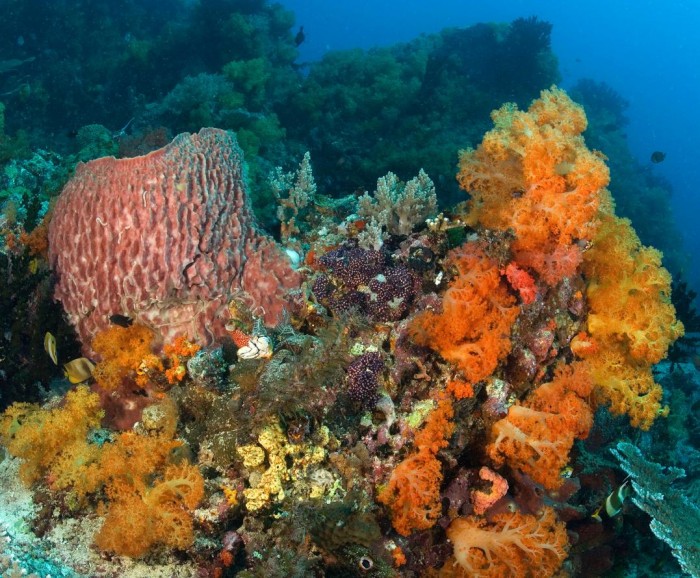 Corals, sponges and seaweeds cover most of the surface of many coral reefs. (photo by Wolcott Henry via the National Museum of Natural History’s Ocean Portal.com)

On the Road in Belize II: The Secretary’s Travel Journal