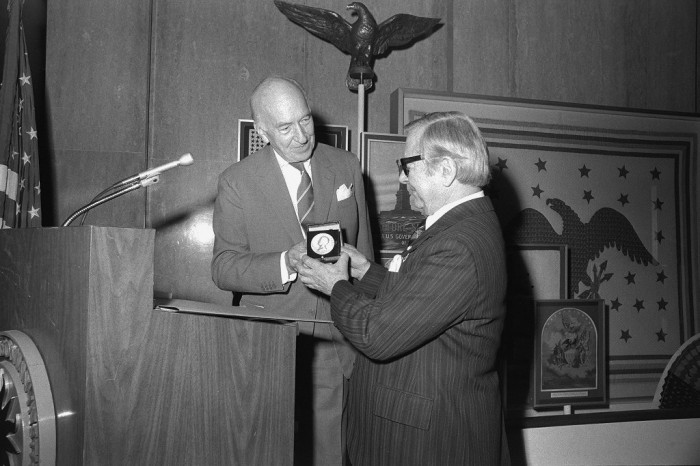 November 3, 1975 Washington, D.C., attorney Ralph E. Becker is presented the silver James Smithson Medal at a ceremony at the National Museum of History and Technology, now the National Museum of American History, in recognition of Becker’s donation of his collection of more than 30,000 items of political campaign materials.

Designed by Paul Vincze of London, the Smithson Medal was cast in 1965 for the bicentennial of James Smithson’s birth and is the highest honor given by the Smithsonian Institution

Today, the roughly 100,000 objects in the Government, Politics and Reform collection of the National Museum of American History reach beyond the possessions of statesmen (George Washington’s surveying compass, Thomas Jefferson’s lap desk, Abraham Lincoln’s top hat) to touch the broader political life of the nation—in election campaigns, the women’s suffrage movement, labor activity, civil rights, and many other areas. Campaign objects make up much of the collection, including posters, novelties, ballots, voting machines, and many others. 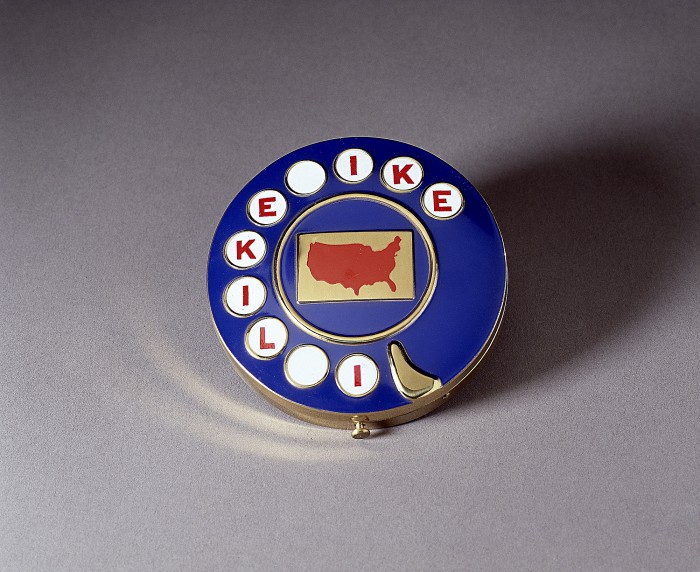 Created in 1952 in support of the Presidential campaign Of Gen. Dwight D. Eisenhower , this oval lady’s compact is made in the shape of a telephone dial. On the dial appears “I LIKE IKE,” with a map of the United States in the center. The point is that anywhere you might dial over the country, everybody likes Ike! (Gift of Ralph E. Becker) 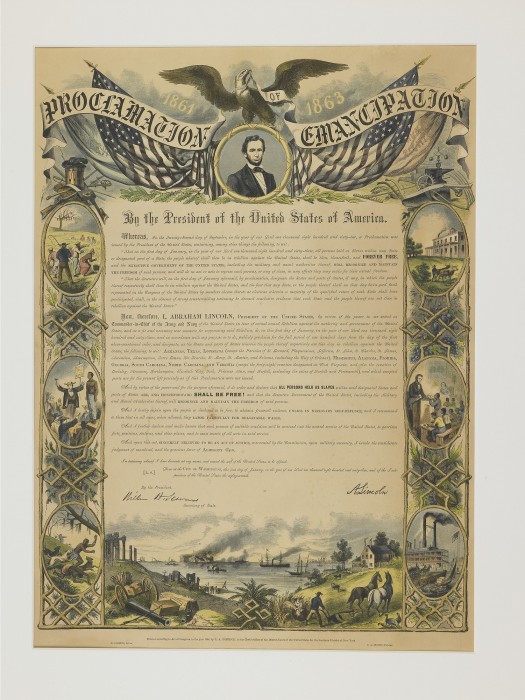 In the summer of 1862, Lincoln drafted an executive order on slavery. Published in September, it declared that, as of January 1, 1863, all persons held in slavery in areas still in rebellion would be “then, thenceforward, and forever free.” Although the Emancipation Proclamation did not directly free any enslaved people in Union-controlled areas, it was widely understood that a Union victory would mean the end of slavery.
Publishers throughout the North printed decorative copies of the Emancipation Proclamation after its enactment. R. A. Dimmick published this engraving in 1864.
Gift of Ralph E. Becker, 1959 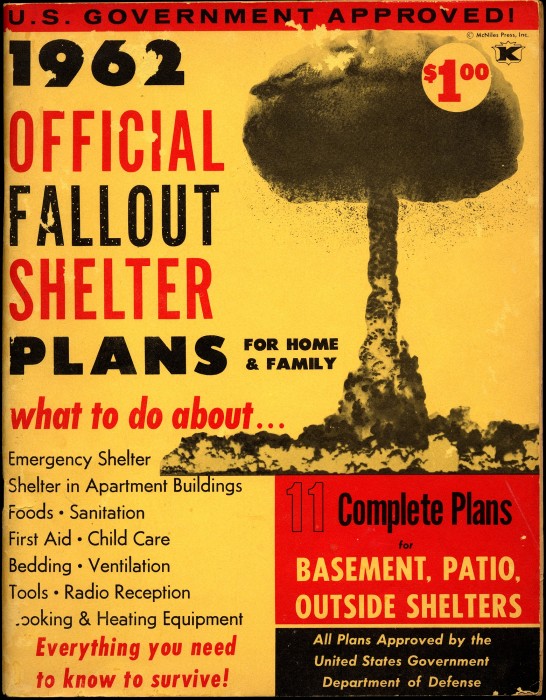 The threat of a nuclear attack by the Soviet Union was an ever-present fear for Americans in the mid-20th century. This book provided plans for protecting homeowners from radioactive fallout. (Courtesy National Museum of American History, Kenneth H. Behring Center)

Left, right or somewhere in the middle

Lest we forget: Celebrating the common man