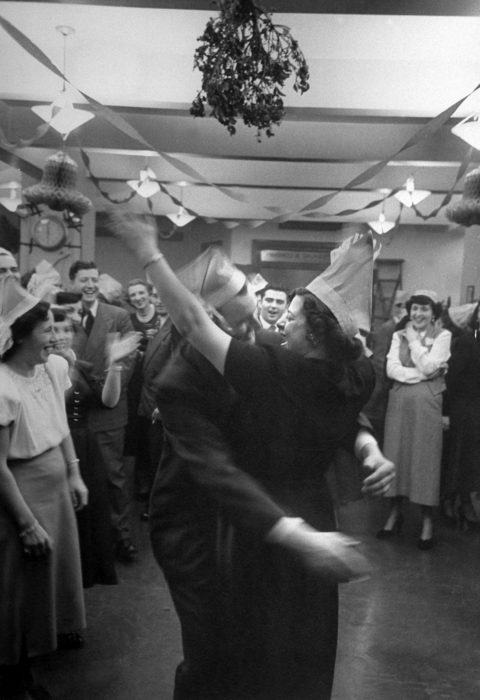 We only wish this was a photo from the first Smithsonian Christmas party, but it’s not. It’s Joe Menro and Jessie Merman under the mistletoe at a 1948 office party in New York. (Cornell Capa / The LIFE Picture Collection / Getty Images)

December 24, 1949 The first Smithsonian Christmas Party is held. An aide in the archaeology department of the Natural History Museum, Bob Jenkins, arranged for a program to be held at noon on Christmas Eve in the auditorium of NMNH. Although it was initially planned only for Natural History staff, all Smithsonian staff are invited. Charles Terry, archaeology aide, read the Christmas story and employees sang carols. Secretary Emeritus Charles G. Abbot played a cello solo accompanied on the piano by Loyal Aldrich (retired director, Smithsonian Astrophysical Observatory).

Volunteer Spotlight: Sarah Grady, Explorer of Past and Future Landscapes