To commemorate the birthday of Muhammad Ali, we revisit the life of one of America’s most iconic athletes.

He who is not courageous enough to take risks will accomplish nothing in life. ─ Muhammad Ali

That was always the difference between Muhammad Ali and the rest of us. He came, he saw, and if he didn’t entirely conquer – he came as close as anybody we are likely to see in the lifetime of this doomed generation.─ Hunter Thompson 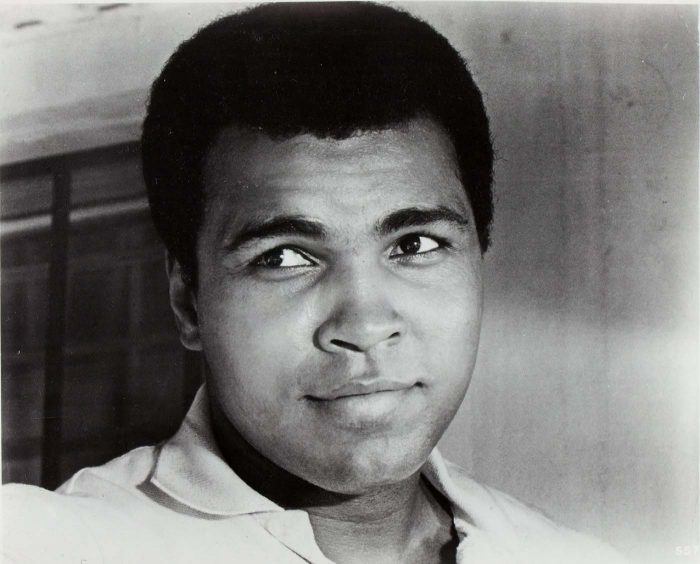 From his gold medal at the 1960 Olympics through his epic fights with George Foreman and Joe Frazier to his late life battle with Parkinson’s disease, Ali never left the public eye in a tumultuous, controversial and electrifying life as a boxer and spokesman of conscience.

Born Cassius Marcellus Clay Jr., in Louisville, Kentucky on Jan. 17, 1942, , the young Ali started boxing when he was 12, and his talent was immediately obvious; he won an Olympic Gold Medal in the light-heavyweight division at the 1960 Olympics. Quick-witted and outspoken, Ali burst on to the national sports scene in the 1960s, creating a new model for the African American athlete. His conversion to the Muslim faith and opposition to the Vietnam War made him a lightning rod for criticism, exposing the cultural fault lines of that decade. Stripped of the heavyweight title in 1967, Ali was vindicated in the courts and regained his title in 1974.

Ali captured the world’s imagination when he challenged undefeated champion George Foreman to the 1974 fight in Kinshasa, Zaire (now the Democratic Republic of the Congo), dubbing it the “Rumble in the Jungle.” Ali used his “rope-a-dope” routine to exhaust Foreman until the eighth round, and then burst into an offensive flurry to win the heavyweight championship. Ali lost the title again and reclaimed it an unprecedented third time in 1978. He retired in 1981 with an incredible 59 wins and five losses.

Post-boxing, he became a citizen of the world, involving himself in global social and humanitarian causes that showed a commitment and compassion that made him a uniquely historic figure.

Revisit the life of this iconic American through the objects and impressions he left behind: 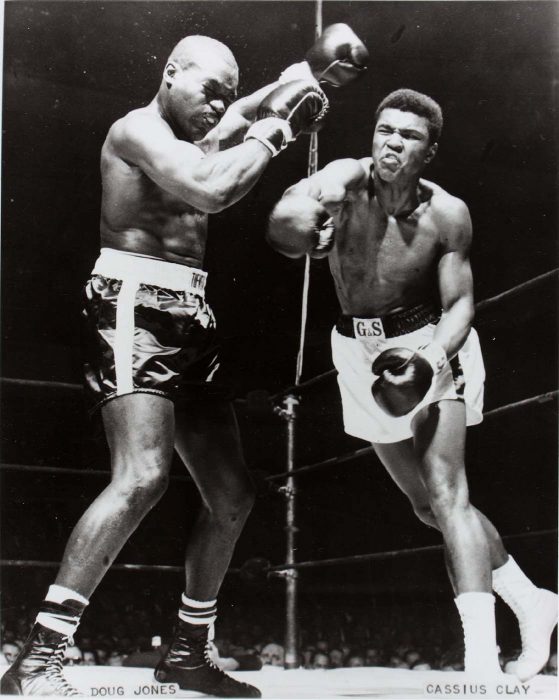 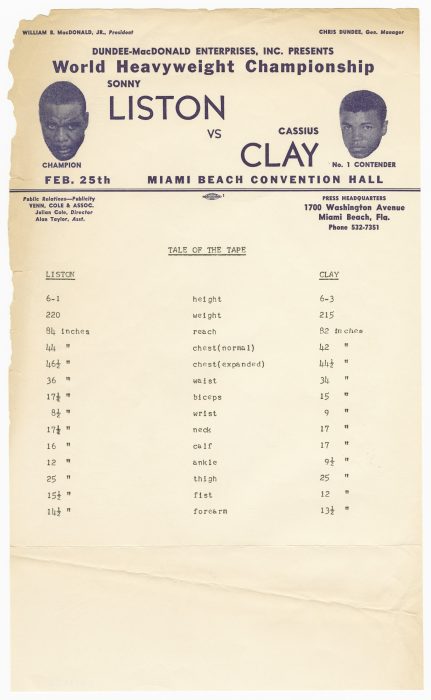 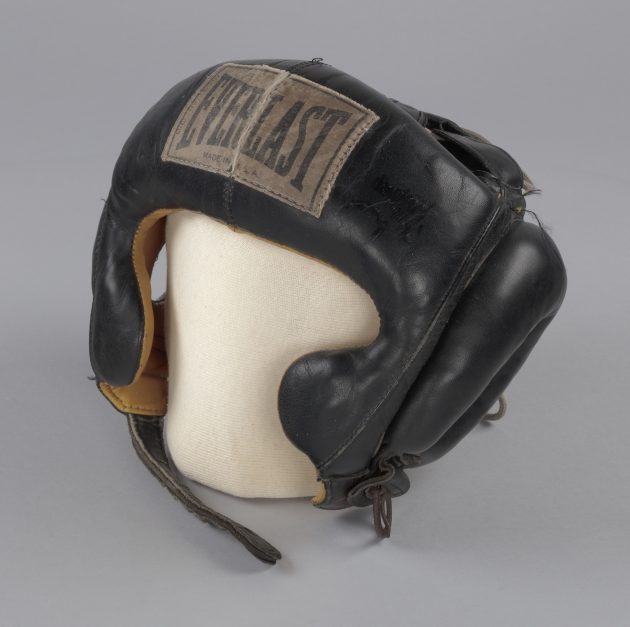 Everlast boxing headgear worn by Muhammad Ali from Dundee’s 5th St. Gym in Miami Beach, Fla. It was in this gym and the surrounding neighborhood with its vibrant mix of racial, political and cultural identities, some have argued, that Cassius Clay took his first crucial steps to becoming Muhammad Ali. Click photo for video. (Collection of the National Museum of African American History and Culture) 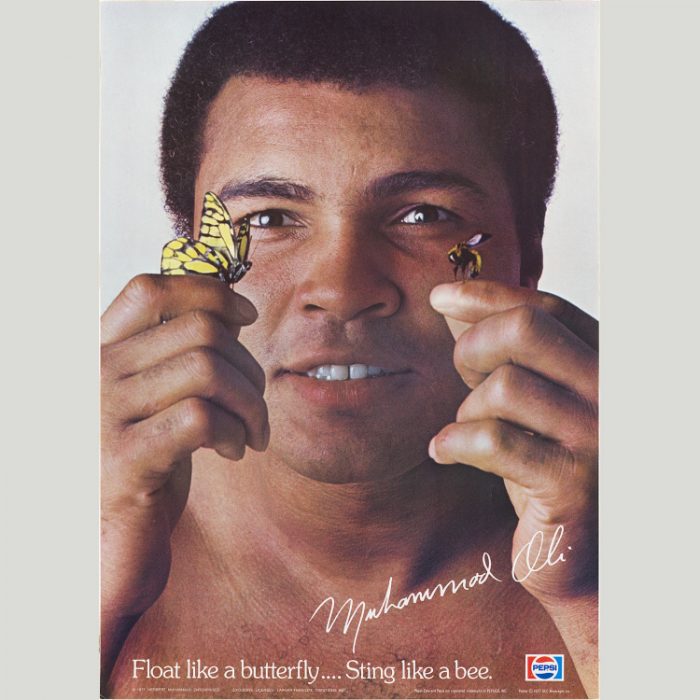 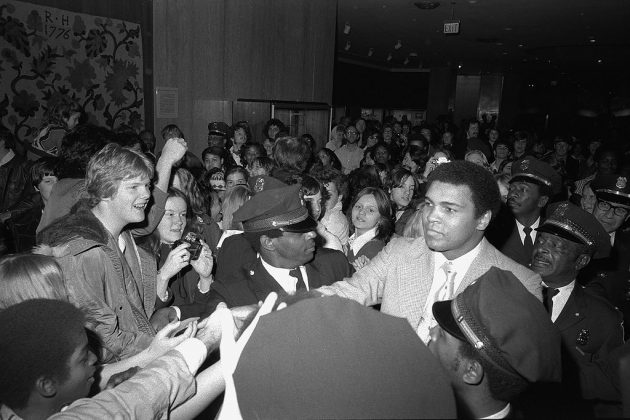 Muhammad Ali greets fans while visiting the Smithsonian’s National Museum of History and Technology, now the National Museum of American History, March 17, 1976. During his visit he donated a pair of gloves and a robe to the museum for the “Nations of Nations” exhibition. (Photo by Richard Hofmeister, as featured in the Torch, April 1976) 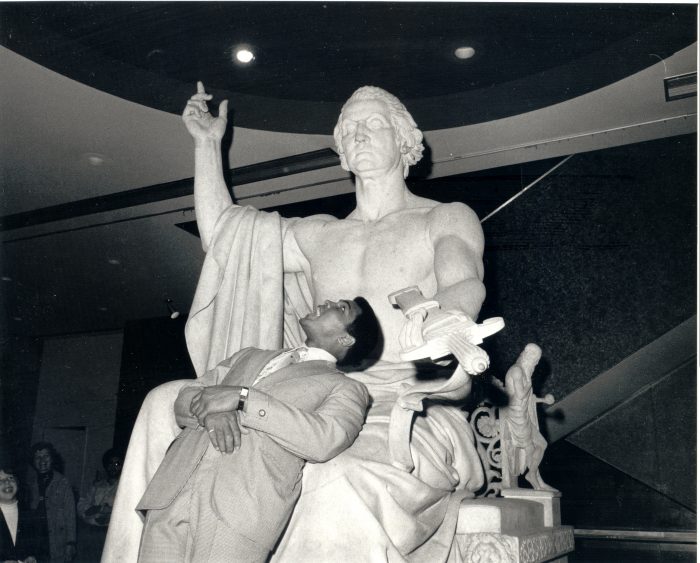 Boxing legend Muhammad Ali with Horace Greenough’s 1840 statue of George Washington at the National Museum of American History in 1976. 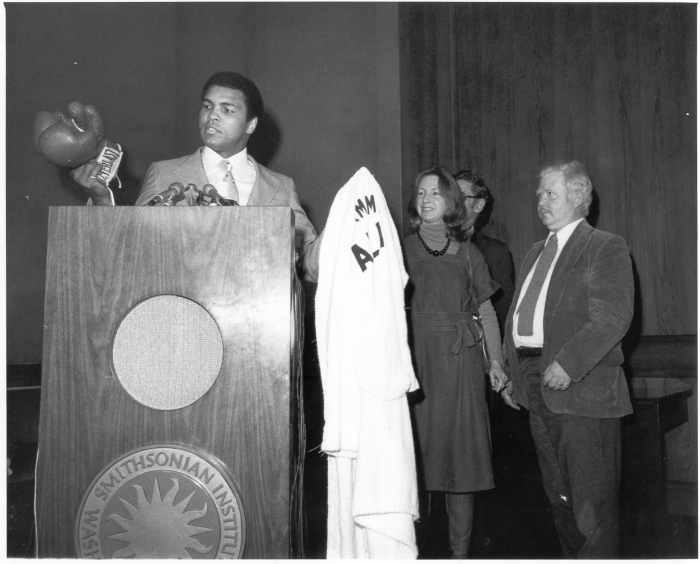 Boxing legend Muhammad Ali donated a pair of autographed boxing gloves and a training robe he wore while preparing for his famous 1974 “Rumble in the Jungle” fight with George Foreman to the National Museum of American History in 1976. 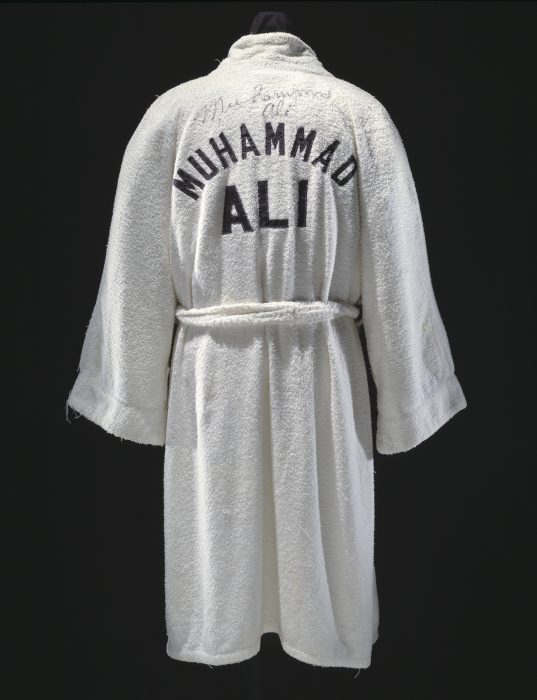 The robe Muhammad Ali wore while training for his 1974 “Rumble in the Jungle” was donated to the National Museum of American History in 1976. 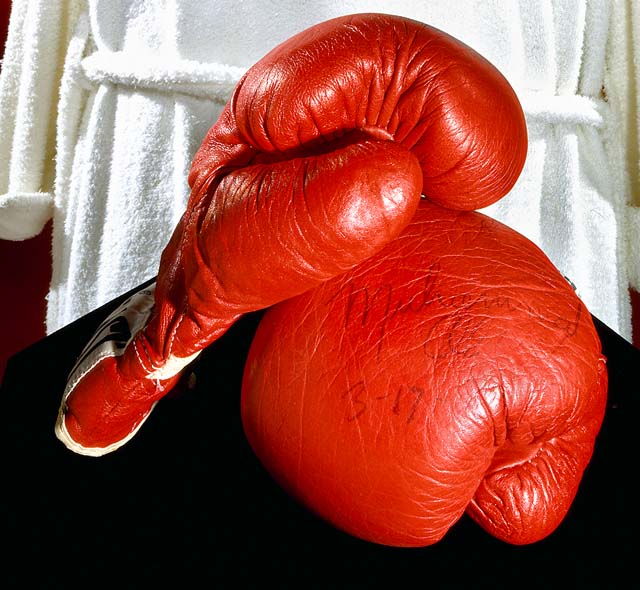 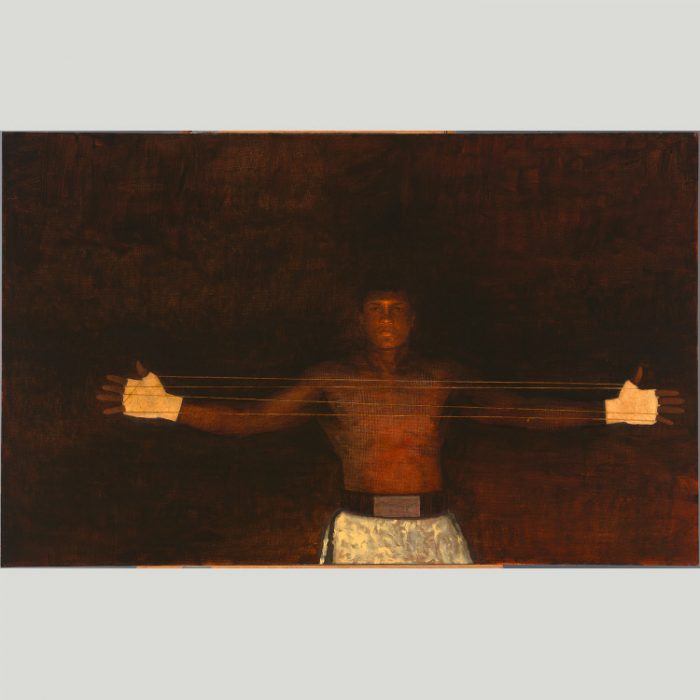 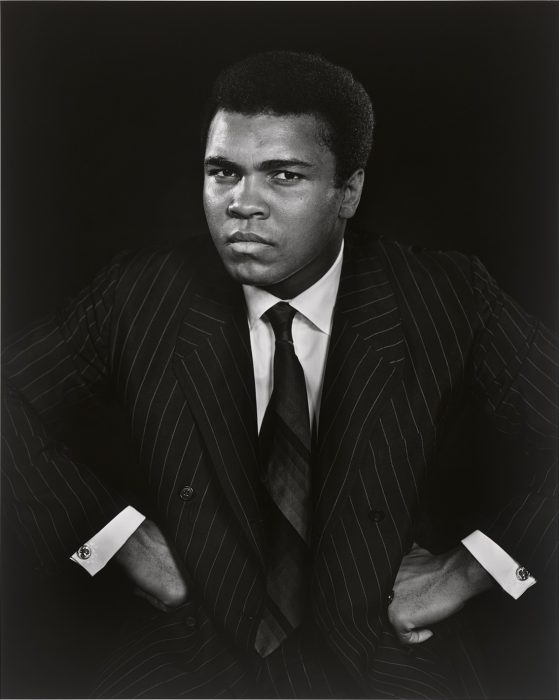 Is it true that boxing legend Muhammad Ali threw his Olympic gold medal into the Ohio River out of frustration after a racist encounter? A childhood friend weighs in on a story that has become part of the champion’s lore.

A few of my favorite things: Muhammad Abdur-Rashid

“Blackness is what I know best.”