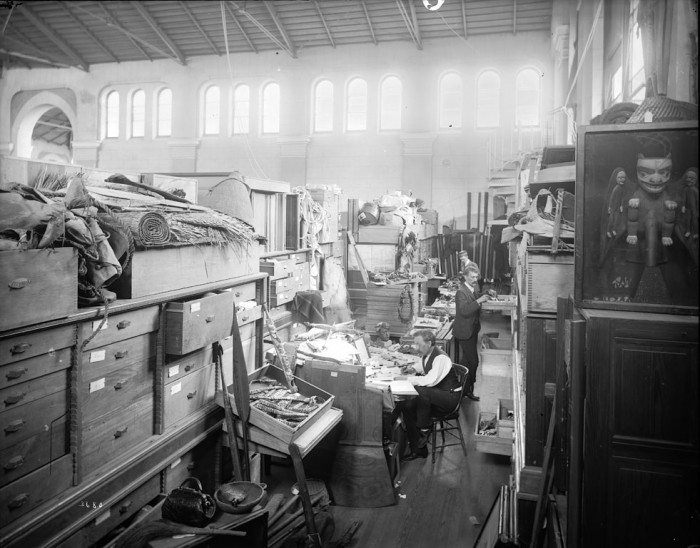 The workroom for for Indian ethnology located on the second floor, West Tower of the United States National Museum, now known as the the Arts and Industries Building, ca. 1890s. Via Smithsonian Institution Archives

January 17, 1883 The Board of Regents presents a resolution to Congress requesting an appropriation of $300,000 to enlarge the National Museum by erecting a new building on the southwest corner of the Smithsonian Reservation in order to house the U.S. Geological Survey–at the time occupying 20 rooms in the National Museum building (now known as the Arts and Industries Building.) The request, coming just two years after the National Museum Building opened, is denied.

Can an old building learn new tricks? The Smithsonian Innovation Space at the Arts and Industries Building

An innovation in renovation