There’s lots of news this week, and not all of it is coming out of New York.

The Wedding Dress Saga: Conflict of Interest Does Damage at Design Museum

t appears Nonprofit Quarterly must keep beating the drum about conflicts of interest, since nonprofit executives continue to damage their reputations and their institutions by disregarding those rules.

The director of Cooper Hewitt Smithsonian Design Museum in New York, Caroline Baumann, resigned on February 7th after an investigation by the Smithsonian’s inspector general. An anonymous complaint by a staff member brought up questions about the venue and dress for Baumann’s 2018 wedding. Read more.

Earlier this month, it was reported that Caroline Baumann resigned her post as director of the Cooper Hewitt Smithsonian Design Museum with little explanation. Now, a wave of resignations by Cooper Hewitt board members has put a spotlight on both the process and the ultimate outcome of a Smithsonian investigation that triggered Baumann’s departure. Read more.

Caroline Baumann was forced to resign as director of the museum, reportedly after an investigation into alleged conflicts of interest around her wedding. But the dress’s designer, and a half dozen trustees, are crying foul. 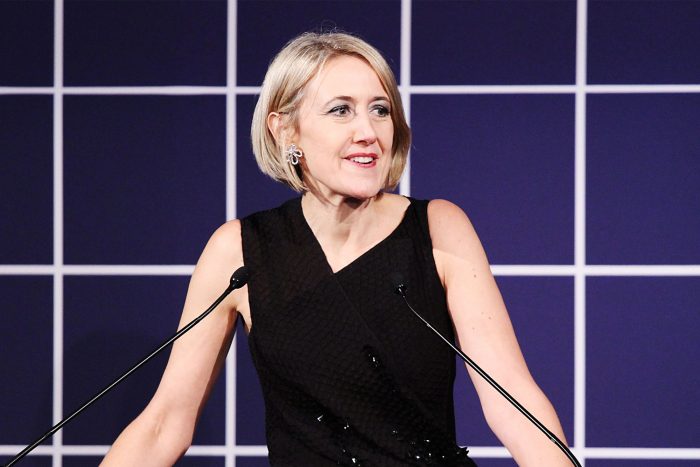 Caroline Baumann’s February 7 resignation as director of the Cooper Hewitt, Smithsonian Design Museum came as a surprise. There hadn’t been reports of turmoil, she’d previously steered a $91 million renovation of the Carnegie Mansion where the museum is located, and no explanation was given at the time for her stepping down. In the 10 days since the sudden and murky departure, museum trustees have resigned in protest, and the most granular account of the situation has come from a fashion designer who says she never offered Baumann a discount and accused an agent of making an “astronomically shocking and inappropriate” statement in the course of a federal investigation. Read more.

The Cooper Hewitt controversy has resulted in Sleeper receiving more dress inquiries from prospective clients, which curiously is what investigators alleged she was after.

Two weeks after Cooper Hewitt, Smithsonian Design Museum director Caroline Baumann was forced to resign over questions of how she procured her wedding dress and venue, the dress’ designer Samantha Sleeper insisted there was no impropriety. Read more.

The board members said they should have been consulted before the Smithsonian asked Caroline Baumann to resign after an investigation.

How the Smithsonian Is Documenting the Work of Immigrant Rights Activists 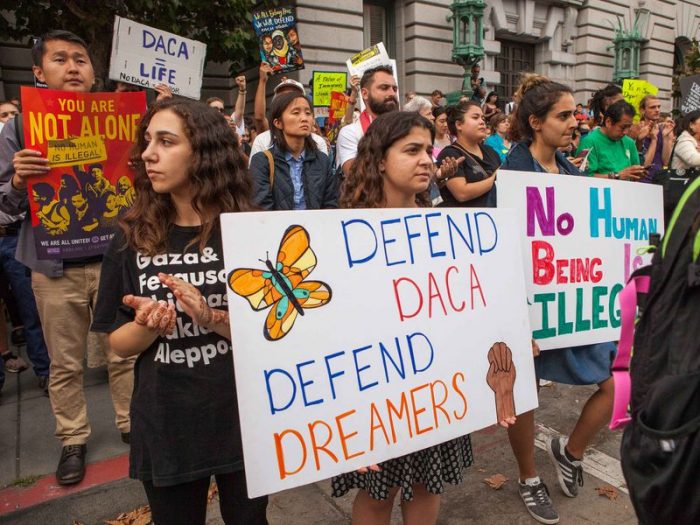 “New Paths to Change: Undocumented Immigrant Activism, 2000 to the Present” is an curatorial effort to collect the stories community organizers across the nation (above: a 2017 immigration rally in San Francisco). ( Pax Ahimsa Gethen, Wikimedia Commons)

On November 12, 2019, curators from the National Museum of American History assembled at the U.S. Supreme Court as observers, and collectors, of history. That day, the justices heard three cases pertaining to the status of the Deferred Action for Childhood Arrivals (DACA) program. Positioned both inside the courtroom and outside on the steps, the museum team witnessed the proceedings and protests, and considered how best to capture the moment in material, objects and oral histories, or recordings, that would then be housed in the Smithsonian collections. Read more. 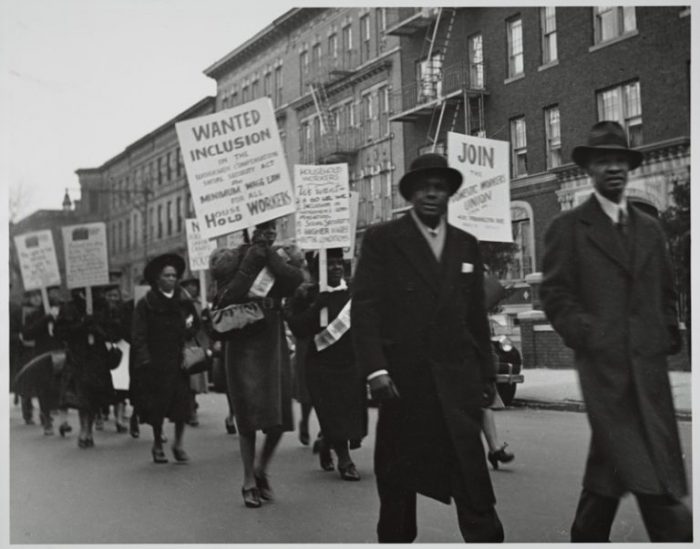 Untitled, 1930-49. Photograph by Joe Schwartz of domestic workers marching with picket signs.
Collection of the Smithsonian National Museum of African American History and Culture, Gift of Joe Schwartz and Family

Sure, Black History Month is more than half over, but it’s not too late to get involved in an ongoing history project that honors the culture, struggles, and resiliency of the African American community during the Great Depression.

Led by the Smithsonian’s Transcription Center—which launched in 2014—volunteers have helped transcribe more than 1,500 pages from collections at the National Museum of African American History and Culture and the Anacostia Community Museum. The collection has been recently digitized and added to the transcription project list. It includes fragile newspapers, political pamphlets, and ads for black entertainers from the 1930s. Read more.

In commemoration of the 19th Amendment’s centennial, Smithsonian National Museum of American History director Anthea Hartig took questions about the long campaign to win women the vote, the struggle for women’s rights and the artifacts in their custody that tell the story, including a slogan-covered wagon suffragists used to press their case. Ms. Hartig is the museum’s first female director since it opened in 1964.

The Smithsonian’s Museum of African American History and Culture is offering to digitize home movies for free in order to preserve an important part of black history.

The museum was created 52 years ago. It’s more than four miles from most of the other Smithsonian museums on the National Mall.

That was the goal from the start, a community-based institution that brings history into the neighborhoods, specifically Anacostia.

An elephant’s story does not end when it dies 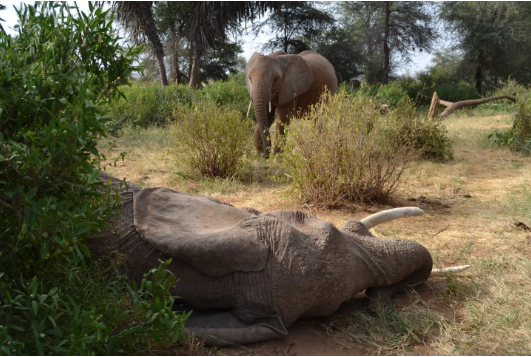 Noor, a young female elephant, is pictured in 2013 observing the corpse of Victoria, a 55-year-old matriarch that had recently died in Kenya’s Samburu National Park.

In Kenya, there’s a spot on the banks of the Ewaso Ng’iro River where elephants like to congregate. Tall acacia trees provide shade for naps, and doum palms supply date-like fruits that the animals scarf up by the trunk-full. It was in this place that Victoria, a 55-year-old matriarch well-known to scientists, drew her last breaths in June 2013.

But that was not the end of Victoria’s story. Read more.

The mystery of “stinging water” has been solved, scientists say.

Stinging water is the seawater near and around upside-down jellyfish (Cassiopea) — and swimmers can get stinging, itchy skin while submerged in it, even if they have no direct contact with the creatures themselves. Read more.

The classicists hope to address a problem that the architecture establishment does not see as a problem. 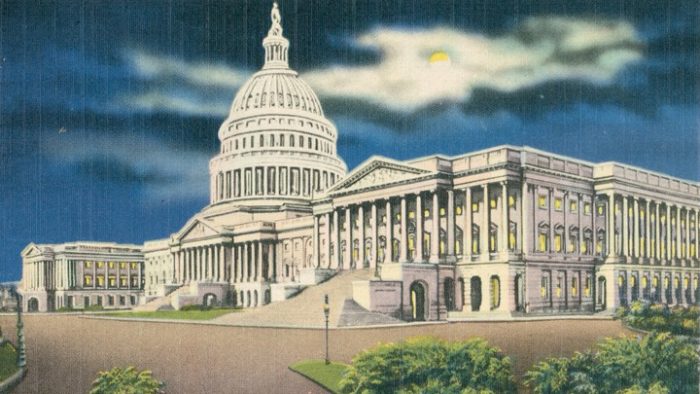 I hope members of the National Civic Art Society are just perverse enough to be rather pleased with themselves right about now. The NCAS is the group of activists behind the draft executive order informally called “Making Federal Buildings Beautiful Again.” The draft, which was leaked earlier this month to an architecture trade publication, strongly encouraged architects to adopt a classical style when they design federal courthouses and buildings in the nation’s capital. The Trumpian title of the order was itself a mischievous provocation, and the name hit the bull’s-eye. Read more.

A museum dedicated to women’s history is one step closer to join the monuments and museums on the National Mall in Washington, D.C. The House of Representatives voted overwhelmingly last week to approve a bipartisan bill called the Smithsonian Women’s History Museum Act. Now it heads to the Senate. Read more and watch the video)

With bipartisan support, a Smithsonian women’s history museum is closer to reality

A Smithsonian museum dedicated to women’s history is a step closer to reality after the House of Representatives overwhelmingly approved a bill to create one. It now heads to the Senate.

Momentum builds in Washington, Congress to have museum dedicated to American women’s history

Rep. Carolyn B. Maloney (D) of North Carolina was the main sponsor of the Smithsonian Women’s History Museum Act, which 374 Congress members supported.

Momentum is building in Washington for the creation of a museum dedicated to American women’s history.

The House has passed a bill to establish the museum inside the Smithsonian network and take steps toward funding and construction.

Rep. Carolyn B. Maloney (D) of North Carolina was the main sponsor of the Smithsonian Women’s History Museum Act, which is what the bill in the House is being called. Read more.