The Secretary and Deputy Secretary have announced acting leaders for several positions in the proposed management restructuring of the Smithsonian.

I recognize that this is a busy time with many of us focused on the current COVID-19 situation. That being said, it is important we continue to press ahead with the important work we have underway across the Institution, including filling leadership roles.

As you might recall from an earlier message, we have proposed four Under Secretary positions as part of our new organizational structure, which is awaiting congressional approval. I am pleased by the comments and support I have received from all of you since that announcement was made and remain committed to making adjustments along the way as needed. In the meantime, we have selected four individuals to begin migrating our work toward this new organizing principle; I very much appreciate their willingness to step into these roles. Once these individuals are in place—our target is by the end of the month—Meroë and I will work with this team on pan-institutional topics in an integrated way. We are excited about creating a forum for discussion, consensus-building, and the creation of recommendations.

Acting Provost (Acting Under Secretary for Museums and Culture, once approved)
Kevin Gover 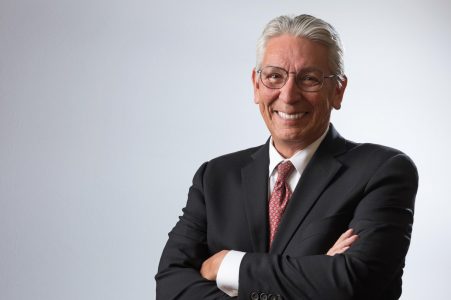 Kevin Gover, director of the National Museum of the American Indian. (Photo by Joshua Yospyn for The Washington Post)

Kevin has served as Director of the National Museum of the American Indian (NMAI) since 2007, where he has helped our country better understand the impact of Native people through education, inspiration, and empowerment. Kevin is a senior leader for the Smithsonian and nationally recognized for his commitment to celebrating art, culture, and history. He is a graduate of Princeton University and the University of New Mexico School of Law. He practiced law in New Mexico and D.C. for 15 years before being appointed Assistant Secretary for Indian Affairs in the U.S. Department of the Interior in 1997. After leaving Interior, he joined the faculty of the College of Law at Arizona State University. He is a citizen of the Pawnee Nation of Oklahoma. Kevin will return to NMAI once a permanent Under Secretary is identified. 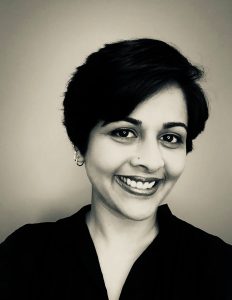 Ruki Neuhold-Ravikumar is currently the Interim Associate Provost for Education and Access and the Director of Education at Cooper Hewitt, Smithsonian Design Museum. While in her acting role, she will reduce her portfolio at Cooper Hewitt to allow sufficient capacity for our ambitious education goals. Ruki draws from her international experiences as a designer and educator to inform her human-centered approach to reimagining education at the Smithsonian. Originally from Chennai, India, she holds a bachelor’s degree in the history of fine art and drawing and painting from the Stella Maris College (India), a Master of Fine Arts in graphic design from Iowa State University, and an executive education certificate in business from Yale University. Prior to joining the Smithsonian in 2017, Ruki, an award-winning designer, was an Associate Dean and Professor of Design at the University of Central Oklahoma in Edmond, Oklahoma. She has served in leadership roles at all levels of the American Institute of Graphic Arts (AIGA), and in 2015, was awarded the prestigious title of AIGA Fellow for her advocacy and leadership as a design educator. Ruki is a nationally respected voice on design education and a passionate advocate for equal access to educational opportunities. 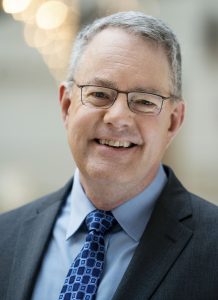 Roger Brissenden is the Deputy Director of the Smithsonian Astrophysical Observatory, a position he will temporarily vacate while in this acting role. In addition to serving as the Deputy, Roger also is, and will continue to be, the manager of the Chandra X-ray Center, one of NASA’s “great observatories” that enables scientists from around the world to obtain X-ray images to reveal the structure and evolution of the universe. As Deputy Director, Roger provides strategic operational leadership for a staff of more than 600, including 300 research scientists, and oversees a budget of $135 million. Roger is an Associate of the Harvard College Observatory, and a member of the American Astronomical Society. He has published more than 100 papers and articles in scientific and technical journals, and his science interests focus on the broad-band spectral energy distributions of extra-galactic X-ray sources. Roger earned a BSc (First Class Honors) in Physics from the University of Adelaide (1985) and a PhD in Astronomy from the Australian National University (1990).

And finally, Mike McCarthy has been promoted to the Under Secretary role, building upon the work he already has underway at USF&A. Mike brings 12 years of Smithsonian experience, including a museum leadership position, a deep understanding of business activities, and an understanding of the Under Secretary’s office to this new role. In the past year, he has resolved several core issues, including the Smithsonian Channel equity and administrative HQ building, while also supporting the USF&A organization through its past three leaders. Mike also brings 15 years of experience as a CFO and operating leader in the for-profit sector. I look forward to his support in implementing the vision for a nimble and efficient administration at the Smithsonian.

As we await congressional approval and navigate these unparalleled times, this extra support at the leadership level will help us better connect and align as we continue to move our organization forward. I’d like to express my thanks to Kevin, Ruki, Roger, and Mike for their willingness to serve and help during this time.