Home Art “The Art of the Qur’an”: Opening the door to understanding

Visitors to the Sackler Gallery of Art this month will have a rare opportunity to see some of the most beautiful and precious religious manuscripts ever created. At a time when cultural differences can provoke division and conflict, “The Art of the Qur’an” opens the door to understanding. I urge you to see this stunning exhibition—the culmination of years of research, diplomacy and serendipity—and recommend it to others. 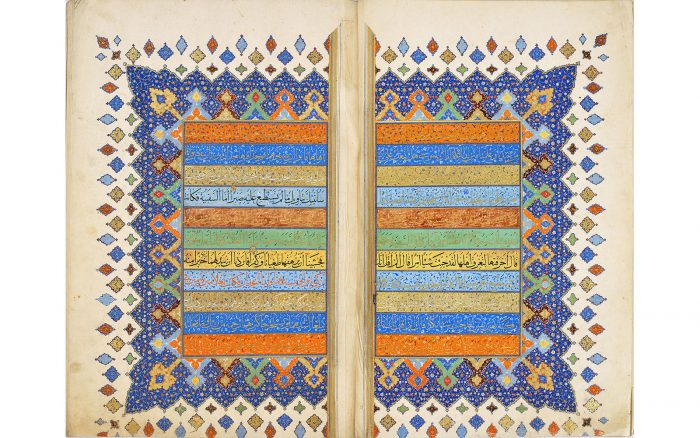 The Art of the Qur’an: Treasures from the Museum of Turkish and Islamic Arts, opening at the Sackler Gallery October 22, is the first exhibition of its kind in this country. It features more than 60 of the most important Qur’an manuscripts ever produced from Afghanistan to Turkey. According to Director Julian Raby, many of the works “have never been seen outside of Turkey—some were unknown even to scholars.”

I encourage you to find time to see it, and recommend it to others. The exhibition offers fascinating historical, cultural and religious context but, most importantly, it enables visitors to experience the manuscripts as compelling and beautiful works of art. At a time when cultural differences can provoke division and conflict, this exhibition opens the door to understanding. As Julian says, “when you are faced with something of enormous beauty, there is a moment of suspension and you might think differently about the artists, who imagined their work as a way to express their piety.” 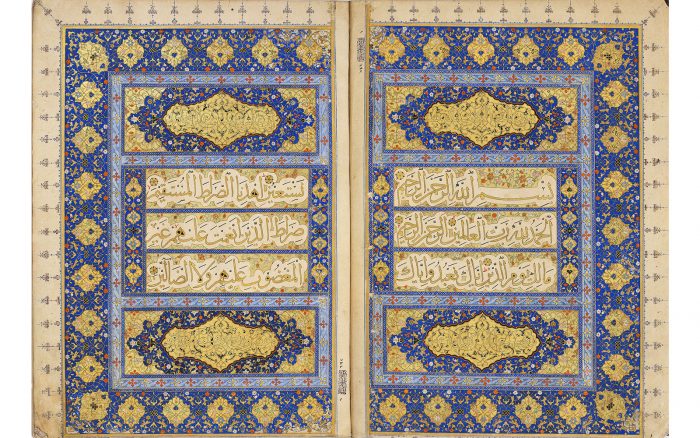 Planning for the exhibition began in a serendipitous way according to Chief Curator Massumeh Farhad, when she discovered the Museum of Turkish and Islamic Arts was exhibiting its renowned collection of Qur’ans in 2010. Massumeh flew to Istanbul, and spent three days in the exhibition. “I was awed,” she says. While there, she met with the director, Seracettin Şahin, and the curator, Sevgi Kutluay, to see if there was any possibility of exhibiting some of the works in Washington. Subsequently, Julian travelled to Turkey for further discussions and six years later the dream has become a reality. 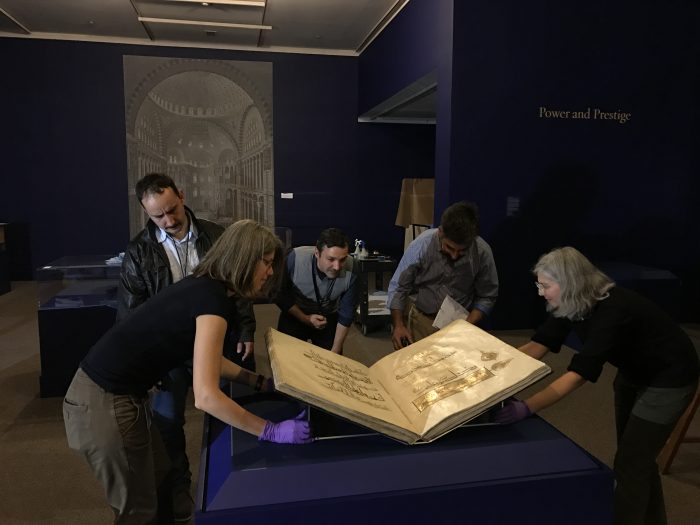 Of the 64 manuscripts in the exhibition, 46 are on loan from the Istanbul museum. They were created in a region that extends from Afghanistan to present-day Turkey and date from the late seventh century to the early 17th century. According to Massumeh, “all of the manuscripts are identical in content, as the Qur’an, the word of God for Muslims, has not changed since its inception. But every volume in the exhibition differs in its formal and aesthetic characteristics thanks to the skill and artistic vision of individual scribes and illuminators.“ 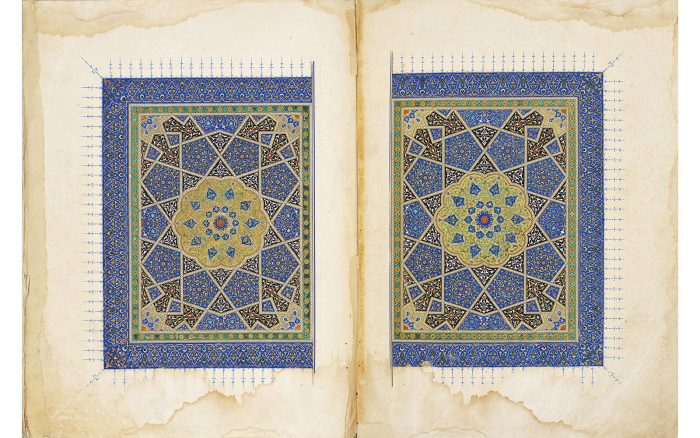 An additional 18 manuscripts are from the Sackler and Freer collections, including some long-term loans. According to Julian, the exhibition is in some ways a sequel because it follows earlier exhibitions featuring religious objects and manuscripts. In 2010, the museum showed The Tibetan Shrine from the Alice S. Kandell Collection and, in 2006, presented In the Beginning: Bibles before the Year 2000.

The exhibition, which closes February 20, was co-curated by Simon Rettig. It is accompanied by a multi-author, full-color catalog and a complementary website. In addition to children’s activities, there will be a series of public programs and an international symposium. 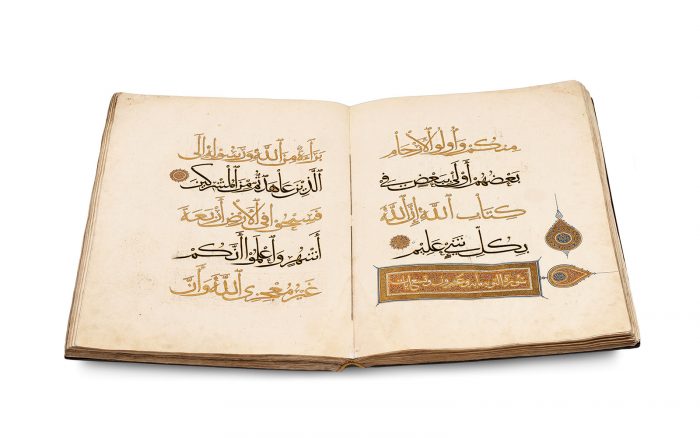 Following the Sackler exhibition, the collection will return to Turkey—the Smithsonian engagement is the only opportunity people will have to view it in America. As Julian points out: “It is important to see these examples of a sacred work that, today, some people excoriate. Here is an opportunity to appreciate what has been the central pillar of Islam for 1,300 years.” 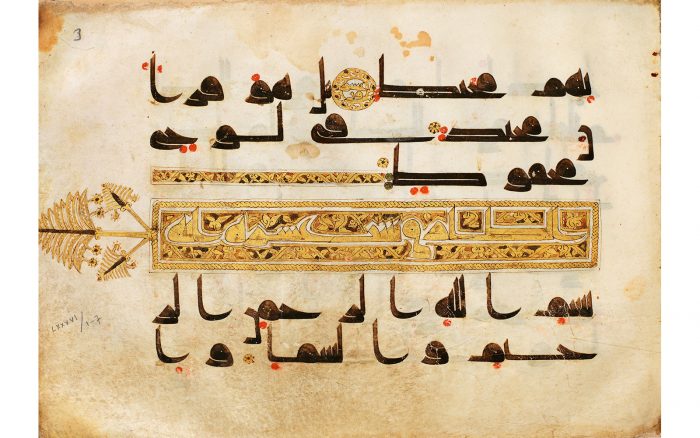 The serendipitous events that inspired The Art of the Qur’an began a six-year journey of research, diplomacy, creativity, problem-solving, risk-taking, and commitment. The result is a once-in-a-lifetime visitor experience that can awe and educate in equal measure. It is an honor to host these national treasures of Turkey, and tell the stories of the people who created them. Congratulations to Julian, Massumeh, Simon and the rest of the Freer-Sackler team, as well as our colleagues at the Museum of Turkish and Islamic Arts.

Julian Raby retires as director of the Freer and Sackler Galleries