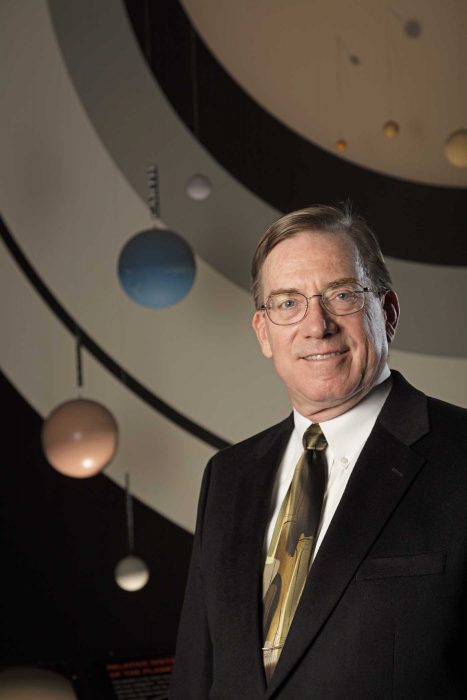 Steven H. Williams is a docent program manager for the National Air and Space Museum. (Photo courtesy of NASM)

The National Air and Space Museum is one of the most popular museums in the world with more than 330 million visitors since it opened in July 1976. The museum’s mission to “commemorate, educate and inspire” is personified in NASM’s dedicated Docent Corps, who are an invaluable asset in educating and inspiring the millions of visitors annually—teaching them about our national heritage and encouraging them to learn more about the science and technology that are key to America’s legacy of success in aviation and space exploration.

As a docent program manager, Steven Williams coordinates more than 300 volunteers at the museum on the National Mall and the Steven F. Udvar-Hazy Center in Chantilly, Va., where they inspire visitors with their insights into the historic significance of the milestones of aviation and spaceflight, imbued with stories from their own background and experiences.

Williams oversaw the expansion of the Docent Corps when the Udvar-Hazy Center opened in 2003. Recruiting, training and deploying a volunteer force that doubled in size was a massive undertaking. Under Williams’ supervision the program was so successful that the Docent Corps was awarded NASM’s Frank G. Brewer Trophy for excellence in aerospace education. 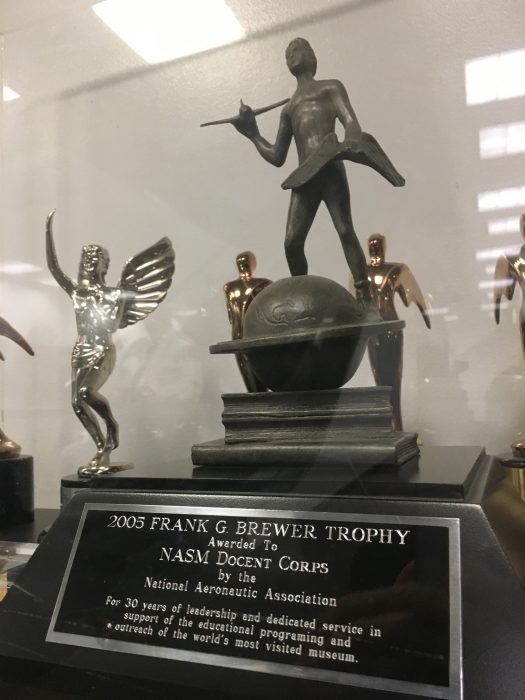 The Docent Corps was awarded the Frank G. Brewer Trophy in 2005. The Trophy is awarded annually to an individual, a group of individuals, or an organization for significant contributions of enduring value to aerospace education in the United States. (Photo by Kent Wang)

Later, Williams worked with the Smithsonian’s Office of Policy and Analysis, where he helped research and write a major report on Smithsonian Institution education, and learned firsthand the enormous value and of Smithsonian education efforts.

When NASM received a tight-deadline proposal from the Fairfax County Public School system, which had a sudden opportunity for a grant from the Northern Virginia chapter of the Armed Forces Communications and Electronics Association, Williams took quick action. AFECA was willing to fund a series of educational videos about aviation and space exploration, but needed a proposal on very short notice, and FCPS needed NASM as a partner to be successful. The museum had only one day, the Friday before the Fourth of July holiday, to prepare, but Williams was able to pull together the input needed for the proposal and the grant was awarded. FCPS used the AFCEA support to produce the four videos in the “Flight School” video series. Three of those videos won “Telly” awards, and one a regional Emmy. The series was such a success that two additional videos were funded, including “On the Red Planet,” about the exploration of Mars.

Williams’ goal is to help the Docent Corps provide all visitors with an exciting and engaging experience that gives them a greater understanding of the largest collection of historic air and spacecraft in the world. His vision, leadership, and persuasiveness help motivate the diverse docent group to serve successfully and his collaborative and inclusive style, and knowledge of the public’s perceptions of NASM, enhances the already high motivation of the corps. As I have heard him say, he likes to “run interference, not cause it.”

Williams is passionate in his support of the Docent Corps who, as he often says, are the “faces of NASM.” Our nation has generously supported this fabulous showcase of aeronautical accomplishments, and the NASM docents, under Williams’ leadership, are helping make good, in spades, on that investment. 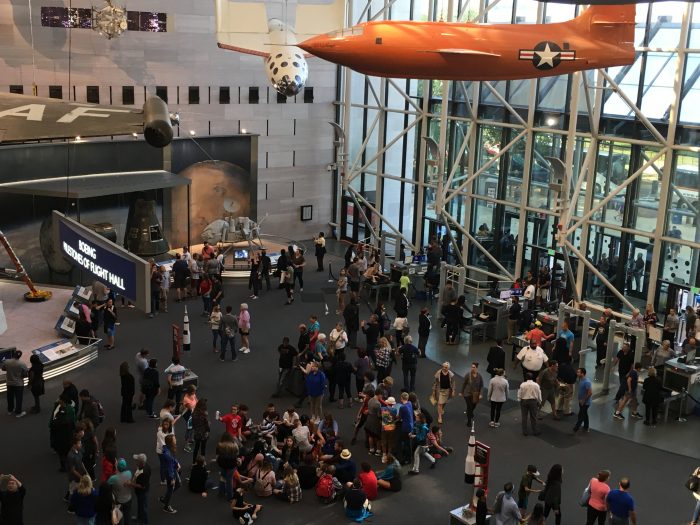 The Air and Space Museum’s flagship building on the National Mall in Washington, D.C, contains 23 galleries exhibiting hundreds of aircraft, spacecraft, missiles, rockets, and other flight-related artifacts and welcomes more than eight million visitors a year. (Photo by Kent Wang) 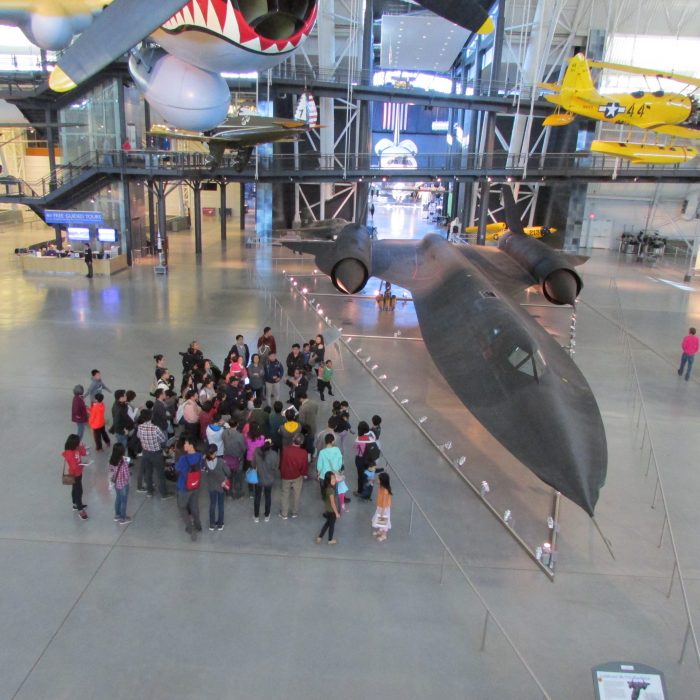 The Steven F. Udvar-Hazy Center near Washington Dulles International Airport is the companion facility to the museum in Washington, D.C. Hundreds of historically significant air- and spacecraft, along with thousands of small artifacts, are on display in an open, hangar-like setting. Here, a student group listens as a docent gives a tour. (Photo courtesy National Air and Space Museum)