Home Collaboration “This nation will remain the land of the free only so long as it is the home of the brave.”

Join us in honoring the men and women who protect our freedoms by daily risking—and sometimes losing—everything. These are their memorials. But remember, we honor our veterans most by honoring the ideals they fought for.

“As we express our gratitude, we must never forget that the highest appreciation is not to utter words, but to live by them.”

All photography by Eric Long, Smithsonian National Air and Space Museum. “I guess memorials can be designated for both those who died and those who served. I began producing postcards of the memorials three years ago as a way to give back to the veteran community through my photography.” 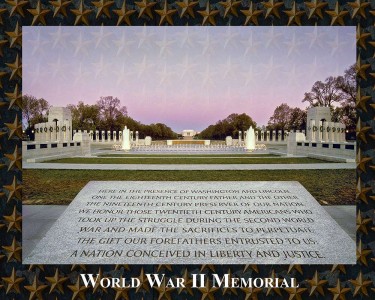 World War II Memorial: Commemorates the sacrifice and celebrates the victory of the WWII generation, representing both Atlantic and Pacific theaters. Dedicated May 29, 2004. 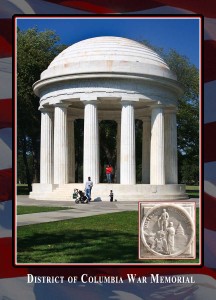 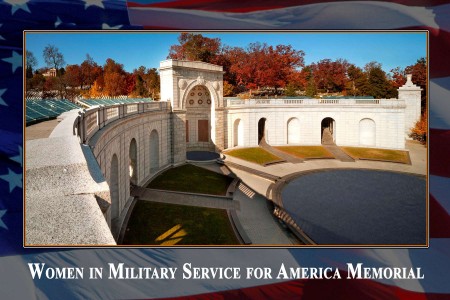 Women in Military Service Memorial at the entrance of Arlington Cemetery. The memorial was dedicated on October 18, 1997 by President William Jefferson Clinton. 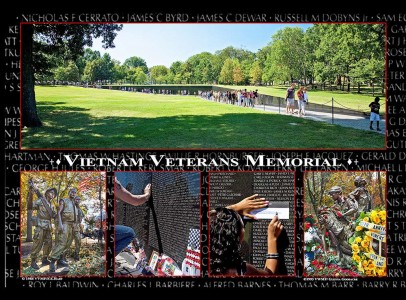 Vietnam Veterans, Three Servicemen, Women’s Memorial: Dedicated on Nov.13, 1982, the memorial serves as a remembrance of the more than 58,000 men and women who died during the Vietnam War or who still remain missing. 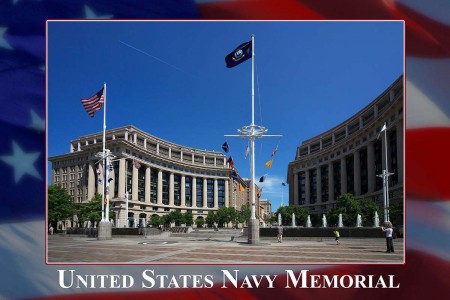 Navy Memorial: Located on Pennsylvania Avenue between 7th and 9th Streets, the memorial honors those who served or are currently serving in the Navy, Marine Corps, Coast Guard and the Merchant Marine. Dedicated on Oct. 13, 1987. 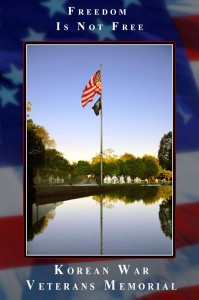 Korean War Veterans Memorial: “Freedom is not Free” remembers the Americans who restored freedom to South Korea between 1950 and 1953. Dedicated on July 27, 1995. 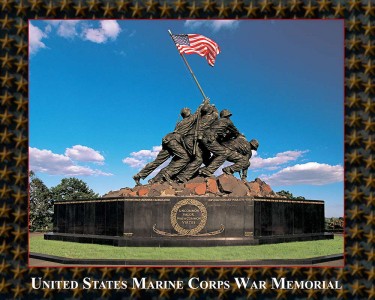 The U.S. Marine Corps War Memorial stands as a symbol of the nation’s esteem for all Marines who have given their lives in the defense of the United States since 1775. Dedicated in 1954. 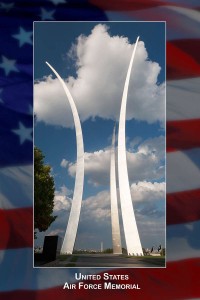 Three stainless steel spires ranging in height between 201 feet and 270 feet evoke the image of the contrails from the Air Force Thunderbirds as they perform a precision “bomb burst” maneuver. The memorial was dedicated on October 14, 2006.

One Response to “This nation will remain the land of the free only so long as it is the home of the brave.”