All we got for Christmas was a government shutdown. 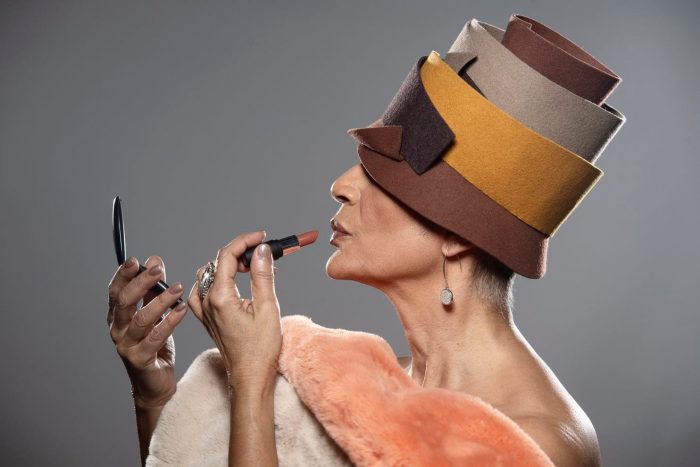 Model Connie Boddie wears the “Elaine Nichols” hat created by milliner Stephen Jones and named for a curator at the National Museum of African American History and Culture who helped him do research for a line of hats. (Marvin Joseph/The Washington Post)

Stephen Jones is a celebrated British milliner who creates gloriously glamorous hats that are worn by fashion models on the catwalk, social swells at royal weddings and aristocrats when they are doing aristocratic things. Jones, an officer of the Order of the British Empire, is a star in his own right, but in his decades-long career, he has also collaborated with countless world-class design houses. He’s made elegant turbans and dramatic gaucho hats for Marc Jacobs and jaunty newsboy caps for Dior. He’s even dreamed up enormous fur dog heads for Thom Browne. Read more from Robin Givhan for the Washington Post.

Native American Museum Hosts Artists From Across the Americas

When textile artist Porfirio Gutierrez works at his loom, or wanders through the picturesque mountains of Oaxaca, Mexico, he often thinks about his ancestors. And the ancient skills they have passed down through the generations. Read more from Julie Taboh for Voice of America.

A look back at some of the most catastrophic selfie fails in recent memory. 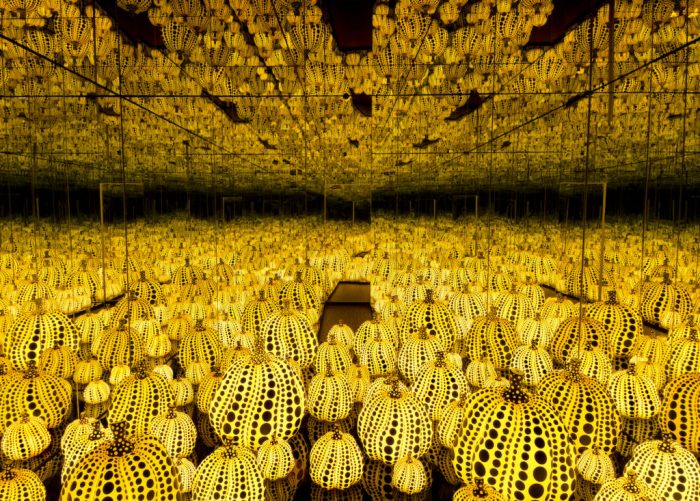 As we take a moment to look back on the past year, we couldn’t help but notice that it was strewn with the shards of priceless art—all knocked over by clumsy tourists angling for better selfies.

We rounded up the most tragic cases in recent memory, ranking them on a scale of one to five based on the incident’s shock factor, public visibility, age of the victimized art, and the potential for its restoration.

The Smithsonian and National Gallery plan to remain open despite shutdown 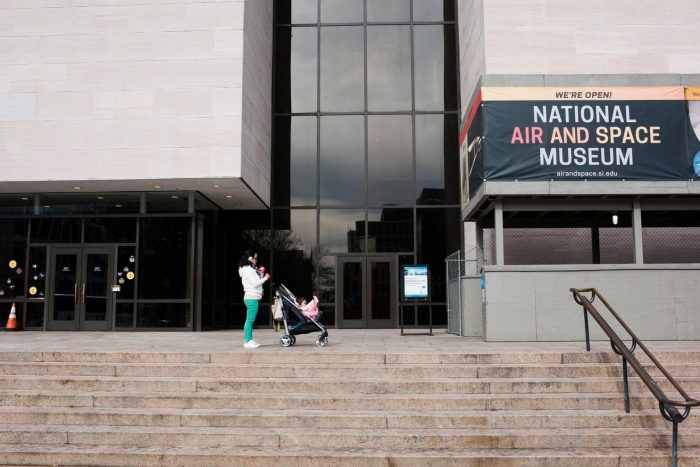 The National Air and Space Museum during the government shutdown in 2017. (Marvin Joseph/The Washington Post)

The city’s wealth of free attractions are a harried Washingtonian’s best friend this time of year, especially for those with visitors: Pack mom and dad off to the Kennedy Center’s singalong “Messiah,” and drag the little cousins to ZooLights.

And then a government shutdown looms, and no one knows what, if anything, will be open on Saturday. Read more from Fritz Hahn for the Washington Post. 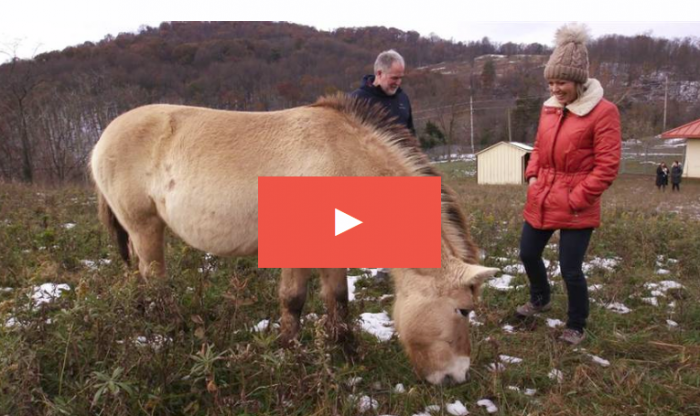 The Smithsonian Conservation Biology Institute is home to more than 200 of the country’s leading animal scientists studying and breeding more than 20 at-risk species. TODAY’s Dylan Dreyer goes inside the institute, getting a close look at the conservation efforts to repopulate cheetahs and more. Watch the full report for The Today Show.

National Parks? Many Are Open During The Shutdown. Their Bathrooms? Not So Much 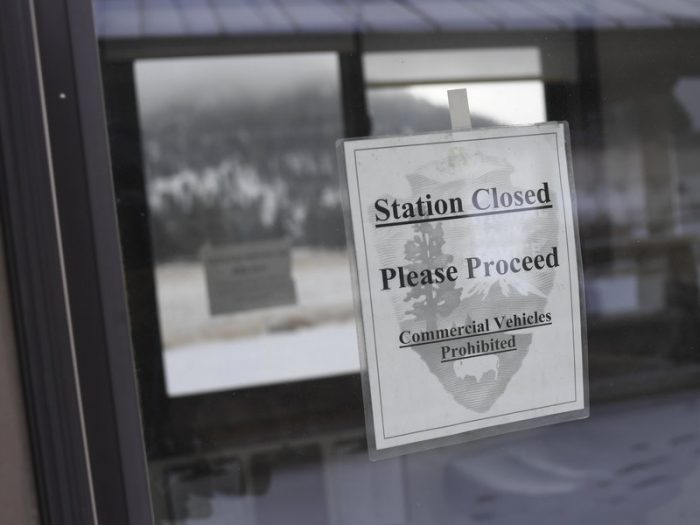 A pay station at Rocky Mountain National Park is closed on Thursday in Estes Park, Colo. Many parks remain open but unstaffed during the partial shutdown of the federal government.
RJ Sangosti/Denver Post via Getty Images

Many of the United States’ national parks remain open to visitors during the partial government shutdown. But if you go, be prepared – you’re probably on your own in there.

A notice on the website of Big Bend National Park in West Texas is representative:

“There has been a lapse in federal appropriations.

“During the government shutdown, Big Bend National Park will remain open 24 hours a day, seven days a week, as always.

“However, we regret that there will be NO visitor services provided.”

The park adds: “Emergency services remain available, but response times may be delayed.” So while visitors can in many cases avoid paying admission fees, this is no time to go breaking a leg. Read more from Laurel Wamsley for NPR.

From resistance to the Met’s new admission policy to outrage over museum funding, these were the biggest debates of 2018. 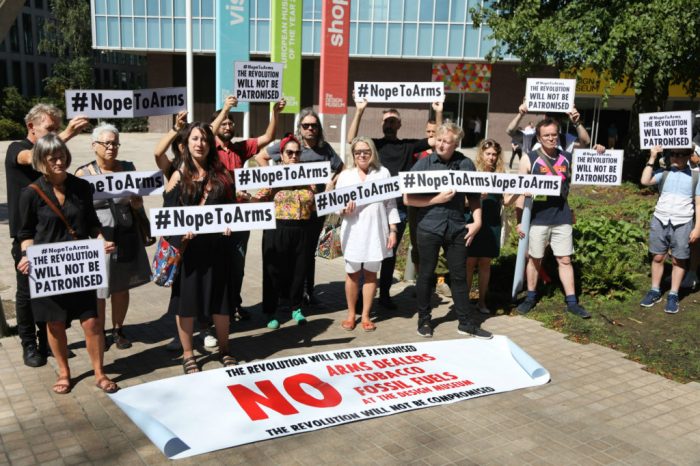 Artists removed their works from the Design Museum as a protest. Photo by Kristian Buus.

This was another year of controversy, both in the real world and the art world. The most heated debates ranged from sticker shock over the Met’s decision to implement a mandatory admission fee for out-of-towners to outrage over the Brooklyn Museum’s hiring of a white curator of African art. Below, we recap some of the major headlines that roiled the art world over the past 12 months. (2018 was a long one—can you believe that whole Guggenheim golden toilet thing was this year?)

Stay tuned: Many of these arguments are likely to carry over well into 2019. Read more from Javier Pes and Eileen Kinsella for ArtNet News.

Nancy Grace Roman led a remarkable life. She joined NASA in 1959, not long after it was created, and went on to become the agency’s first chief of astronomy and relativity. She was also known as the mother of the Hubble Space Telescope. Roman died on Christmas at the age of 93. Here’s NPR’s Russell Lewis. Read the entire transcript from NPR.

Kay Behrensmeyer was supposed to be preparing for a three-week expedition to look for evidence of ancient humans in Kenya. Instead, she spent Thursday packing her research permits, her fossil-collecting supplies, and maps she’d spent weeks compiling and annotating by hand into a FedEx box, which she shipped to a junior colleague on the project. Behrensmeyer, curator of vertebrate paleontology at the National Museum of Natural History, wasn’t going anywhere. The federal government was shut down. Read more from the Washington Post. 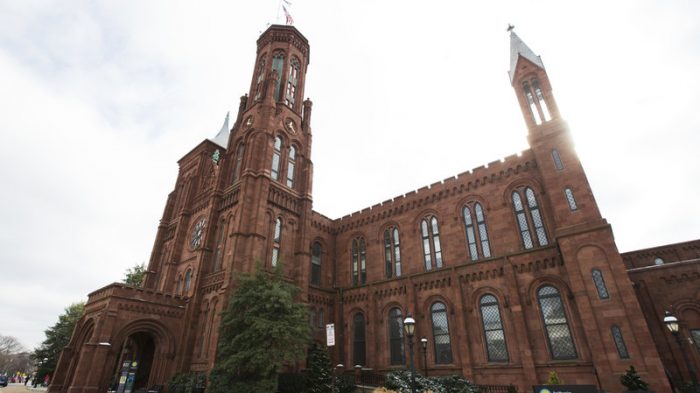 If the current federal government shutdown, which began Dec. 22, continues past Jan. 1, all Smithsonian museums and the National Zoo will close, effective Jan. 2.
Manuel Balce Ceneta/AP

As hope for a last-minute resolution to the political standoff that has triggered the government shutdown all but evaporates, Smithsonian officials announced Thursday that all of its museums, as well as the National Zoo, will be shuttered on Jan. 2 unless a deal is reached.

“There’s no getting around it,” Linda St. Thomas, chief spokeswoman for the Smithsonian, told NPR.

Approximately two-thirds of Smithsonian staff are federal employees, which means, come Wednesday, they’ll have to join the roughly 380,000 furloughed workers who were forced to stop doing their jobs as of Saturday — the day federal funding lapsed. Read more from Vanessa Romo for NPR.