Tomorrow is Telephone Day, so of course, we’re going to ignore that obnoxious ringing and just let it go to voicemail.

The name Alexander Graham Bell has become indelibly tied to the telephone (so much so that I’m surprised we don’t call those handheld lifelines Bell phones instead of cell phones). It was 100 years ago this month that Bell placed the first transcontinental telephone call. He repeated into the device the now-famed phrase “Mr. Watson—come here—I want you.” It’s the phrase that Bell first spoke to his assistant, Thomas Watson, back on March 10, 1876, when Watson was one room over on the other end of the line. But on January 25, 1915, Bell was in New York City uttering the famous words, and Watson was listening to them thousands of miles away in San Francisco.

Bell’s contributions to telephony are great—so great, in fact, that they tend to overshadow his work in other fields of scientific inquiry. “Hear My Voice”: Alexander Graham Bell and the Origins of Recorded Sound, an online exhibition from the National Museum of American History, explores Bell’s lesser known work in recorded sound.

Here are five fascinating things visitors will discover about Bell in “Hear My Voice.” 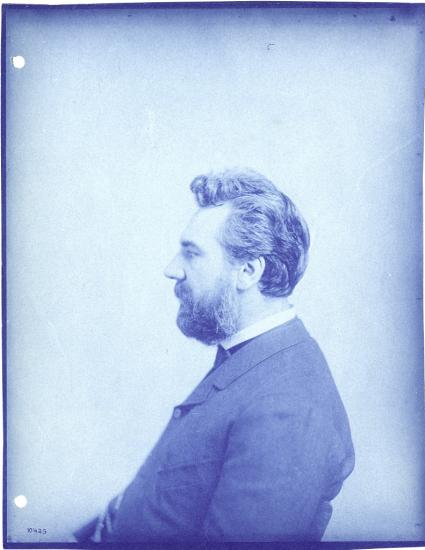 1.  Bell came from a family of speech teachers

Bell’s interest in studying sound came from teaching those with hearing and speech impediments. He came from a family of speech teachers. His father, Alexander Melville Bell, created a system of symbols that helped deaf and hard of hearing students learn how to speak. His grandfather and brother were also speech teachers, and his mother and his wife were both deaf. He’d find great fame in his study of sound, but his devotion to the field was rooted in family.

Bell’s earliest sound recordings were made to help his deaf and hard of hearing students. They weren’t the traditional “recordings” we think of today, which broadcast audible sound, but they picked up sound and translated it into lines traced onto a plate. His students couldn’t hear sound, but they could modulate their voices until their tracings matched his tracings and learn to speak that way. 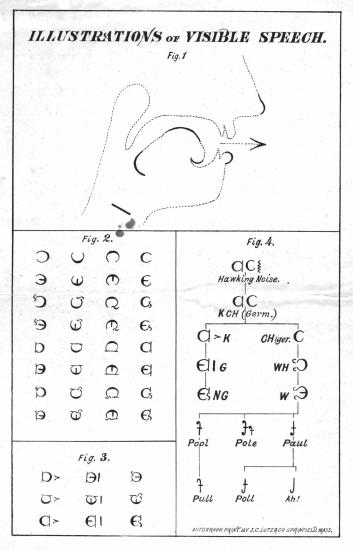 This illustration demonstrates Visible Speech, a system invented by Alexander Graham Bell’s father. The symbols translate into movements of the mouth. Courtesy of Library of Congress

3. Bell worked within walking distance of the Smithsonian

Bell’s laboratory was based in Washington, D.C. Maybe this fun fact is only exciting to local residents, but you could walk from the museum to where his laboratory was located in, like, 30 minutes. It was in a laboratory near D.C.’s Scott Circle that Bell and his colleagues, collectively called the Volta Laboratory Association, produced hundreds of sound recordings. They toyed with many different methods and mediums—think wax, foil, plaster, anything that could be indented. 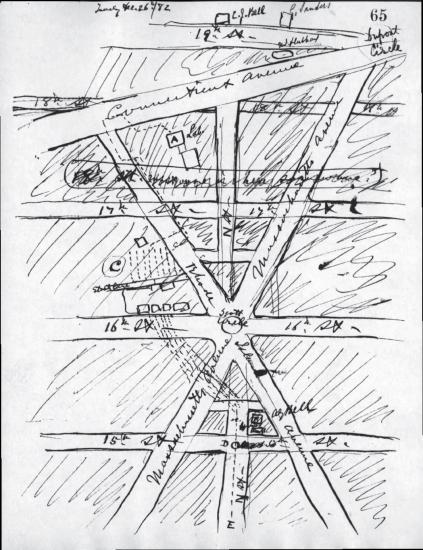 Bell drew this map of Scott Circle himself. See that letter A marked in a square off of Connecticut Avenue? That’s where he had his lab. We know it was located at 1221 Connecticut Avenue because he announces the address in one of his experimental recordings. Courtesy of Library of Congress

4. Bell, Bob Dylan and Beyoncé have something in common

Bell’s Volta Laboratory ultimately gave birth to Columbia Records for entertainment and the Dictaphone Corporation for business dictation. That’s an incredibly abbreviated and simplified account of many business formations and transfers, but just remember this fact the next time you’re listening to that Beyoncé album. 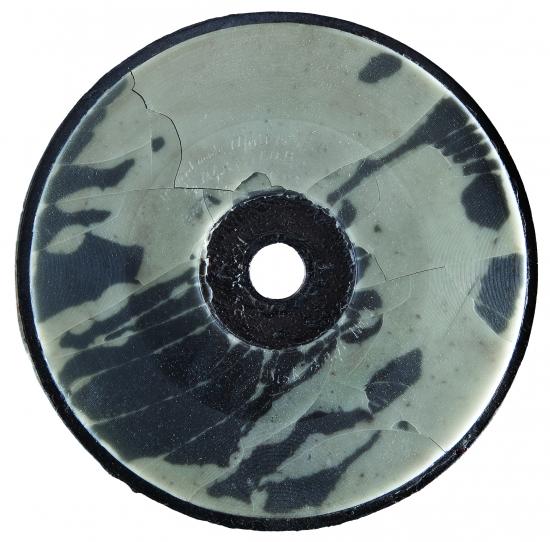 This recording was made on April 15, 1885, and contains the voice of Alexander Graham Bell.

Bell’s actual voice was recorded 130 years ago, and we can listen to it today. That’s where we get the title of this exhibition. In one of his experimental recordings he says the phrase “hear my voice,” and boy do we! The fact that we can listen to his voice at all is not to be taken lightly. The museum has for many years held the records Bell made at Volta Laboratory, including those of his own voice, we just couldn’t play them—for lack of the technology, and for fear that these fragile things would fall apart if we touched them. But thanks to the work of three scientists dedicated to giving these recordings back their voice, we can now hear what Bell recorded all those years ago. The system these scientists developed, called IRENE (an acronym for Image, Reconstruct, Erase Noise, Etc.) takes pictures of recordings without touching them, and can translate those pictures into actual sound.

Experience the science, technology, and sounds from Bell’s lab in Hear My Voice, on display in the Albert H. Small Documents Gallery,through September 17, 2015.

Leslie Poster is an editor and writer in the Office of Project Management and Editorial Services at the National Museum of American History. She has also blogged about her trek to see a historic paint can. This post was originally published by the American History Museum blog, “O Say Can You See?”

Playback: If a tree falls in the forest…

Clear as a Bell