An early interest in the fossils she found in the creekbeds of southern Ohio helped inspire one of the foremost astrophysicists of her generation.

Christine Jones was thrilled when, during her senior year at Harvard, Carl Sagan himself called to invite her to become a graduate student at Cornell University. She and future-husband Bill Forman, then a first-year Harvard graduate student in astronomy, visited the Cornell astronomy department, where Christine learned that the department’s  only woman graduate student was about to obtain her doctorate. 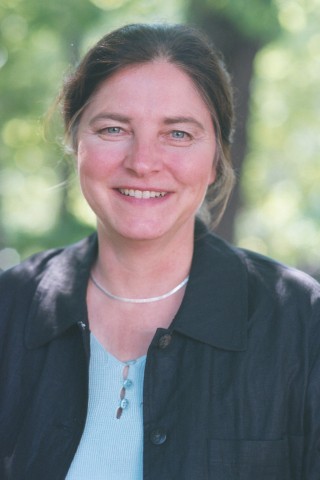 “Being the only one can sometimes be uncomfortable,” says Dr. Christine Jones Forman, senior astrophysicist at the Harvard-Smithsonian Center for Astrophysics, recalling that as the only female in some of her undergraduate physics classes at Harvard, she had not been included in male-only study groups.

Even though Cornell would have liked to have both Forman and her future husband as graduate students, she opted to remain at Cambridge where she knew several other female astronomy graduate students. At Harvard, she pursued her doctoral degree in the exciting new field of X-ray astronomy, using observations from the Uhuru satellite to find and study new X-ray binary stars. With optical ground-based observations from the Cerro Tololo telescope in Chile, she identified these stars’ optical counterparts.

Ever mindful that women are underrepresented in astronomy, Forman has worked to increase the number of female astronomers, in part, by bringing undergraduate women to the Smithsonian Astrophysical Observatory. For more than 20 years, she has served as principal investigator of the National Science Foundation-supported Research Experiences for Undergraduates (REU) program, which brings 10 students each summer to SAO carry out research. At least half of these summer astronomy interns have been women.

Forman grew up near Dayton, Ohio, where her mother was a high school teacher and her father a chemist with Monsanto. Recognizing, her interest in math, her ninth-grade math teacher told Forman about a summer math program for high school students at Ohio State University.  She was accepted to the six-week NSF-supported program, where 50 high school students from all over the country study number theory.

In high school, Forman developed a strong interest in both astronomy and geology.  “Growing up in southern Ohio, it’s hard not to be interested in rocks, since every rock in the local creek is loaded with fossils from the early Paleozoic Era, about 500 million years ago,” she says.

After high school, Forman attended Harvard planning to major in geology, but when the standout geology teacher she had planned to study under went on sabbatical, Forman took a freshman seminar in astronomy instead. She became hooked and never took another geology class. However, she retained her interest in rocks. As an undergraduate, Forman worked under SAO scientist Ed Fireman, who analyzes meteorites and lunar samples, on a research project for the Nininger Meteorite Award. This competition recognizes original research by a student in the study of meteorites.  Forman’s research paper was one of two that received the Nininger Meteorite Award for 1969-1970. 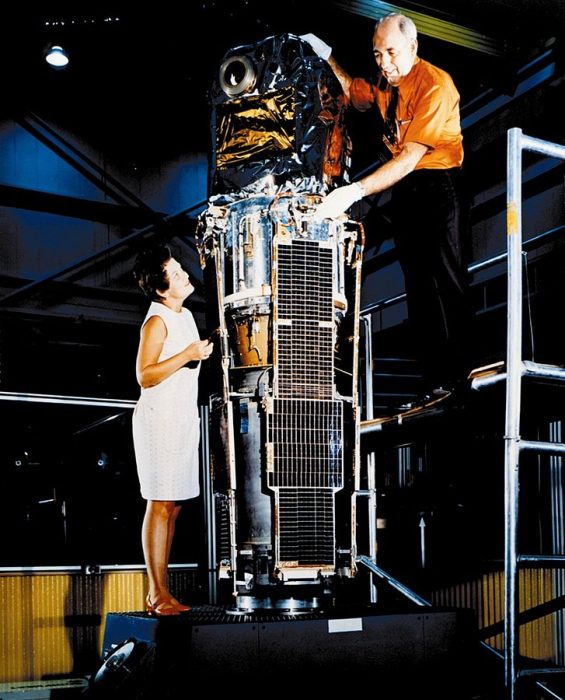 Marjorie Townsend discusses the X-ray Explorer Satellite’s performance with Bruno Rossi during preflight tests at NASA’s Goddard Space Flight Center. The satellite shown in the picture, SAS-1, was the 42nd in NASA’s Explorer series, a family of small, simple satellites sent to perform important scientific missions for minimal cost. Also known as Explorer 42 and the X-ray Explorer, it became the first American spacecraft launched by another country when an Italian space team launched it on December 12, 1970 from a mobile launch platform located in international waters off the coast of East Africa. It mapped the universe in X-ray wavelengths and discovered X-ray pulsars and evidence of black holes. The satellite was named Uhuru, which means freedom in Swahili, because it was launched from San Marco off the coast of Kenya on Kenya’s Independence Day. In the 1970’s. (NASA photo)

During college, Forman also was introduced to X-ray astronomy.  As a senior in 1971, her advisor Giovanni Fazio arranged for her to work on observations from the newly launched UHURU satellite with scientists at American Science and Engineering, a company located near the Massachusetts Institute of Technology.  UHURU, which means “freedom” in Swahili, was launched Dec. 12, 1970, Kenyan Independence Day, off the coast of Kenya. 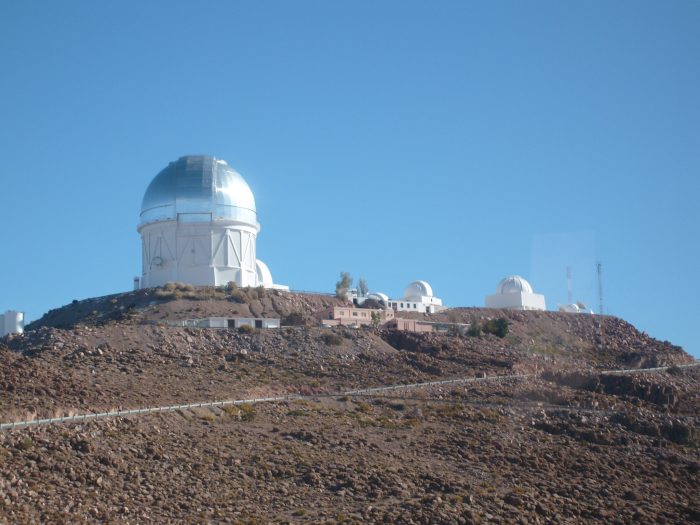 She discovered one binary star system (4U1700-37) with a very short orbital period (only 3.4 days, compared to Earth, which orbits the Sun in 365 days).  With Liller, Forman went to Cerro Tololo in Chile to identify optical counterparts of the UHURU X-ray sources.

Other scientists at Harvard warned Forman that this project was unlikely to succeed. The optical counterpart to the brightest X-ray source in the sky—Scorpius X-1—was quite faint, they said, and any counterparts to the far fainter X-ray sources she planned to observe would likely be beyond the reach of current telescopes. However, Forman persisted and discovered that these X-ray sources represented a new class of object in our galaxy where the optical companion was a very bright supergiant star. Even with the small telescopes at Cerro Tololo, she and Liller were able to measure periodic changes in the optical light curve that matched the changes in the UHURU X-ray observations. 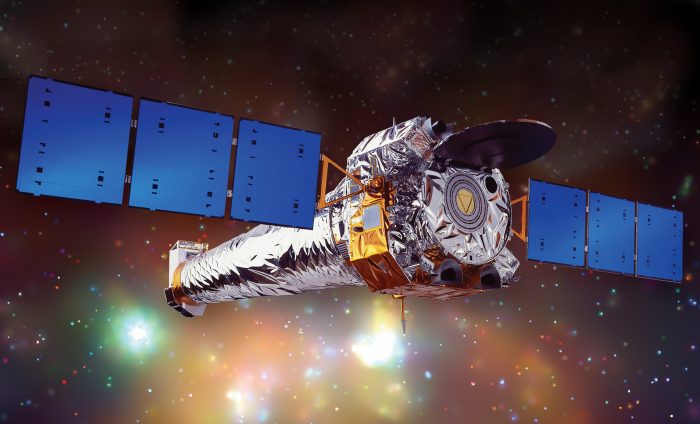 Artist illustration of the Chandra X-ray Observatory. Chandra is the most sensitive X-ray telescope ever built. (NASA/CXC/NGST)

For someone focused on the infinite distances of space, Forman has remained pretty firmly rooted on Earth. “I finished high school in West Carrollton, Ohio and began my college studies in Cambridge. Geographically, I’ve barely strayed from the Harvard campus where I received my AB (1971), AM (1972) and PhD (1974) in astrophysics,” Forman says. She and Dr. William Forman married during graduate school and today have three grown children. Forman has spent her entire career at the Harvard Smithsonian Center for Astrophysics, beginning as one of the first CfA postdoctoral fellows and then as a junior fellow in the Harvard Society of Fellows, before becoming a member of the scientific staff. 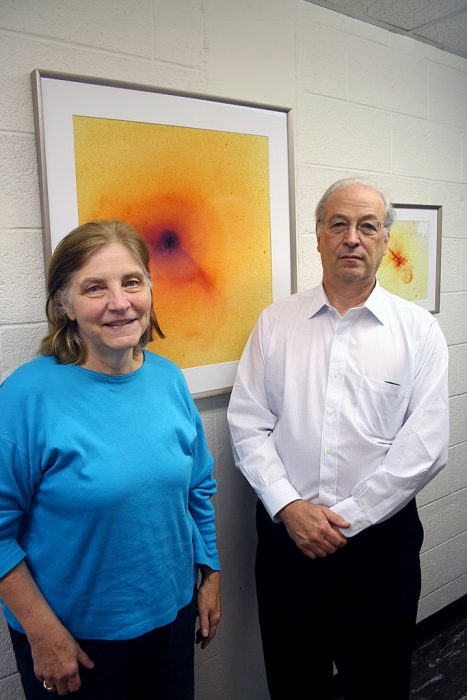 Today, Forman uses observations from the Chandra Space Telescope and XMM-Newton, an X-ray space observatory launched by the European Space Agency in December 1999, to study galaxies and clusters of galaxies. Both Formans have been recognized several times for their scientific accomplishments, and in 1985, jointly received the first Bruno Rossi Prize from the American Astronomical Society for their work on the X-ray emission from galaxies. In 2009, Christine Forman received the Marcell Grossmann award for her fundamental contributions to the X-ray studies of galaxies and clusters. She is a member of Phi Beta Kappa and a fellow of both the Royal Astronomical Society and the American Association for the Advancement of Science. Forman also received several awards from NASA for her contributions to the success of the ROSAT and Chandra missions. 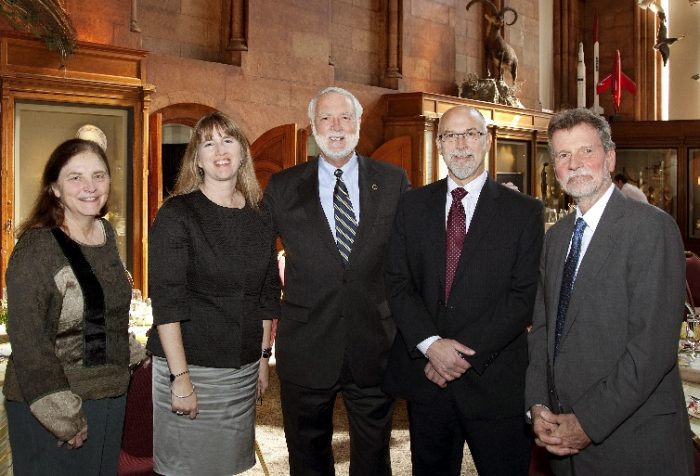 In addition to her research, Christine has served on the Board of the American Astronomical Society, most recently as president, and currently serves on the Board of the Astronomical Society of the Pacific.   For the Smithsonian, she was the director of the Consortium for Unlocking the Mysteries of the Universe and helped to foster collaborations across Smithsonian units.  She continues to enjoy astronomy research. “Working with wonderful colleagues is incredible and making new discoveries is definitely exciting! One couldn’t ask for more!” she says.

From the Secretary: Unlocking the mysteries of the universe