The Trump administration announced earlier this month that the leader of the ForestGEO Ecosystems and Climate Program will receive the government’s highest honor for leadership in science and technology. 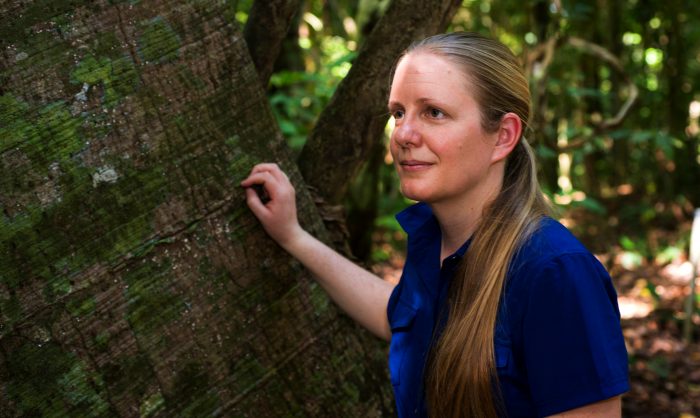 Kristina Anderson-Teixeira, of the Smithsonian’s Tropical Research Institute, is the most recent Smithsonian recipient of the prestigious Presidential Early Career Award for Scientists and Engineers. The PECASE is the highest honor bestowed by the United States Government to outstanding scientists and engineers who are beginning their independent research careers and who show exceptional promise for leadership in science and technology.

“My approach combines data synthesis and analysis, quantitative ecology, and field research and focuses on understanding how climate — and climate change — shape ecosystems, and how ecosystems in turn regulate climate,” she explains. “I lead the Ecosystems & Climate Research Initiative for the Center for Tropical Forest Science-Forest Global Earth Observatory (CTFS-ForestGEO), leveraging this unique global forest monitoring network to understand forest responses and feedbacks to climate. My research themes include carbon cycling in forests worldwide, forest disturbance and recovery dynamics under a changing climate, and valuing forests for their climate regulation services.”

Established in 1996, the PECASE acknowledges the contributions scientists and engineers have made to the advancement of science, technology, engineering, and mathematics (STEM) education and to community service as demonstrated by scientific leadership, public education, and community outreach. The White House Office of Science and Technology Policy coordinates the PECASE with participating departments and agencies. 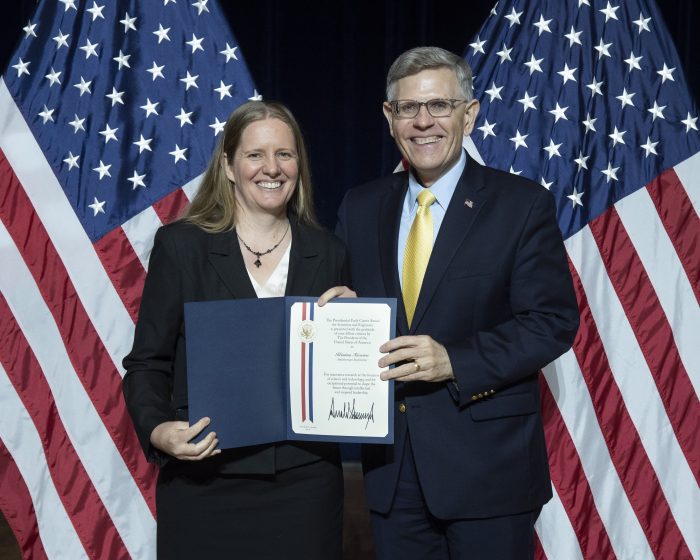 Several Smithsonian scientists have previously been honored with this award:

On the road in Antarctica: The Secretary’s travel journal