Home Volunteer Voices He may be new, but he’s no novice

Michael Rubin introduces us to Don Noveau, who is just beginning his career as a Smithsonian volunteer. 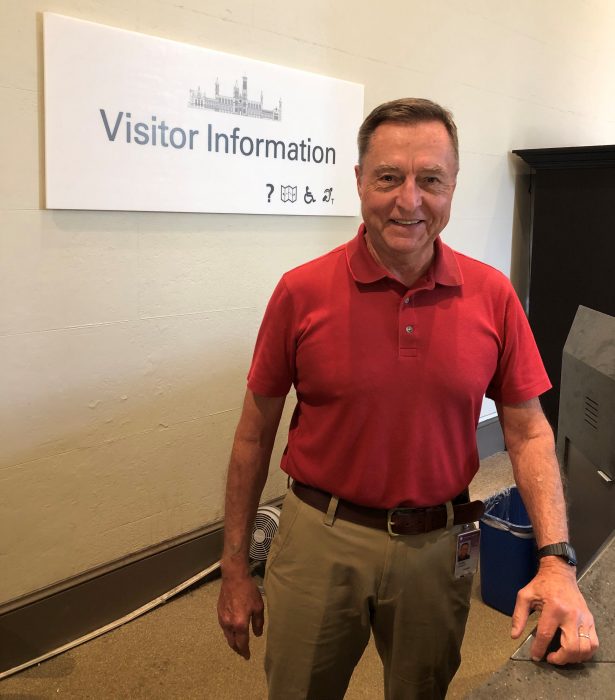 It’s not an uncommon story: In the eighth grade Don Noveau made his first trip to the Smithsonian. But how many of those eighth-graders eventually go on to join our great institution, sharing their skills and passion as valued volunteers?

A Philadelphia native who moved to Washington, D.C. in 1970, Don spent much of his career in the construction industry. When he retired in 2017, it was time to find volunteer opportunities. After a successful experience with Habitat for Humanity in Maryland, he tried out many other volunteer experiences. But it was here at the Smithsonian where he finally found the new volunteer career that he has only just begun to enjoy.

This past spring, Don joined the Office of Visitor Services as a Visitor Information Specialist-Floater. He is not assigned to any one specific museum information desk, but as a floater, he has trained at and assists several sites, on and off the mall. He may find himself at American History one week and up at the Reynolds Center the next. The opportunity to have the different experiences each museum offers, and to meet the variety of visitors who frequent each was very appealing to Don as he considered which OVS assignment to choose.

If you ask a seasoned veteran volunteer about their most memorable experiences on the job, you are bound to hear some very interesting stories. But you’d think a volunteer who has barely been here six months wouldn’t have had a chance to collect many tales, but Don already has a few favorites.

There was the visitor from China who didn’t seem to know any English, save the name “Lincoln.”.While volunteering at the Reynolds Center, Don realized he wanted to see the Lincoln portrait and attempted to give the visitor directions. When it was clear the language barrier was a problem, Don simply took the initiative to escort him to the portrait and the very grateful visitor showed his immense gratitude with a hug and expressions of thankfulness.

One day at the American History Museum, after the opening of the Superheroes exhibition, Don had the privilege of coming face-to-face with Spiderman; the real one! As it turns out, Spiderman is only four years old, and stands just about three feet tall, but Don is certain he was the real thing!

Don is looking forward to a long rewarding volunteer career with us (he’s already looking at adding additional commitments). Welcome to the Smithsonian, Don!

Michael Rubin is the training coordinator for the Office of Visitor Services.

About the Author: Michael Rubin